The MecArmy PT16-BS is a compact flashlight that produces a remarkable 1,200 lumens from three XP-G2 LEDs, powered by a single 16340 battery. The stylish light is made from machined brass and unscrews into three parts: a head, body, and tailcap. It comes in a sturdy plastic storage box, the included accessories are a rechargeable 16340 battery, a USB charging cable, a leather holster, a lanyard, three spare o-rings, and a user manual.

At first, I was very disappointed because the 16340 battery that came with the flashlight was defective right out of the box. The battery got so blazing hot while charging that I could barely touch it. The PT16-BS stopped working after about ten minutes. Since I did not have an extra 16340 battery, I tried a CR123A to make sure the light was not completely dead. After some back and forth with MecArmy’s customer service, they sent me a new battery. Since then I have had no problems with the flashlight.

The 16340 battery fits perfectly with the aid of a plastic tube that is included with the light. Alternatively, you can use a 18350 cell. The PT16-BS features a micro-USB charging interface, which is a huge plus in my book. The battery can easily be recharged from a USB port on your notebook, desktop computer or in your car. The quick recharge time of just 90 minutes is another cool feature. The long-lasting battery delivers a maximum of 51 minutes on high, or forty hours of maximum runtime on low. Since the flashlight generates significant heat in turbo mode, the head is designed with specialized thermal fins, which help dissipate the heat. Also, the output is adjusted by real-time temperature monitoring and drops to 70 percent of maximum brightness after three minutes.

The flashlight has an electronic side switch. From the off position, a short press turns the light on in the lowest mode. A long press enters the momentary turbo mode, a double press activates the permanent turbo mode, and a triple click puts the light in strobe mode. A long press while in strobe mode activates the SOS feature. A short press from the on position turns the flashlight off, a long press cycles through the four modes low, medium, high and turbo.

The brass body is impact resistant, waterproof, and features a deep diamond knurling for a secure and comfortable grip. Weighing in at 194 grams, the PT16-BS is supposed to be carried in the included leather holster that can be fastened to a belt or bag strap.

The only negative so far is that the PT16-BS is only able to tail-stand when there is no lanyard attached. 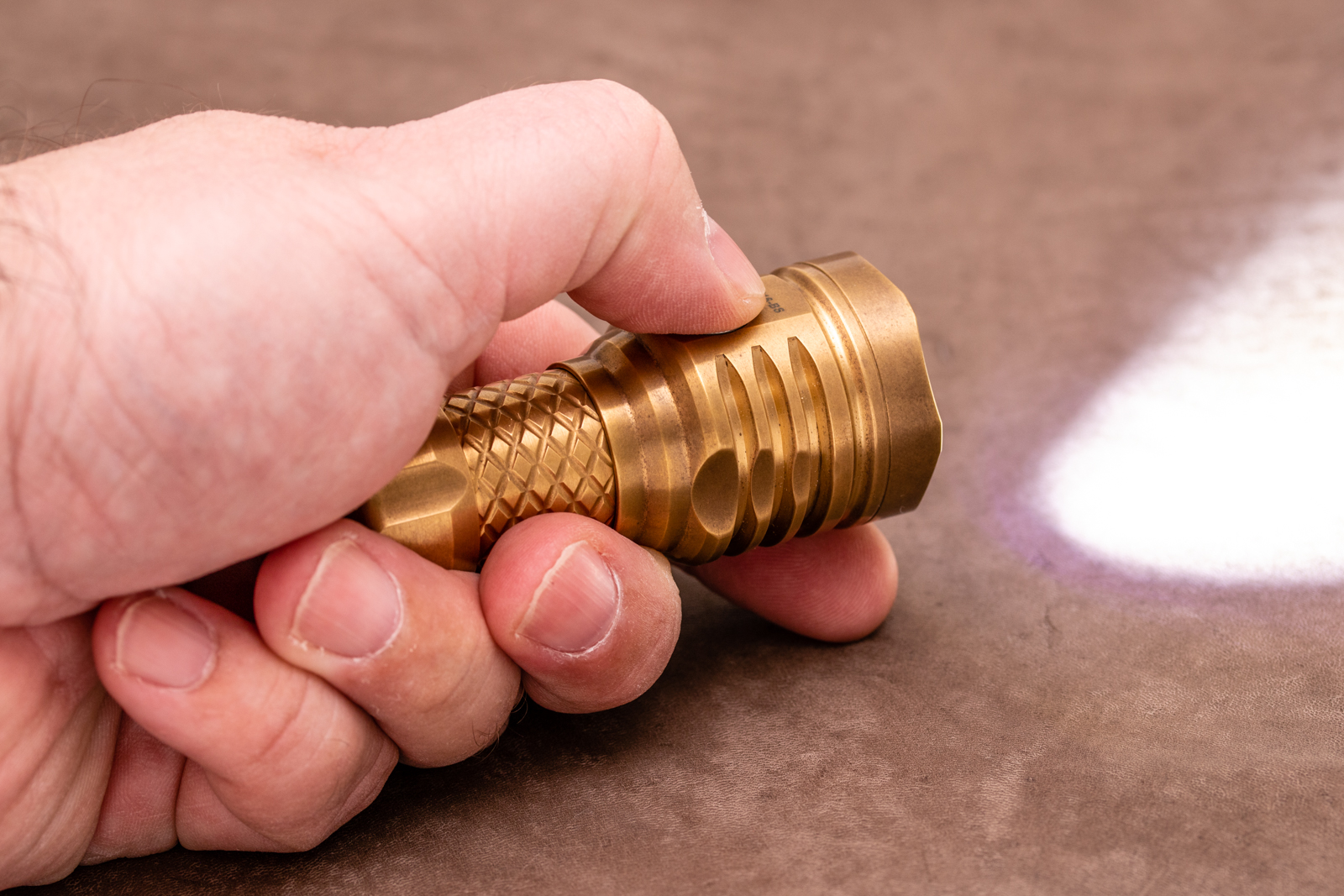 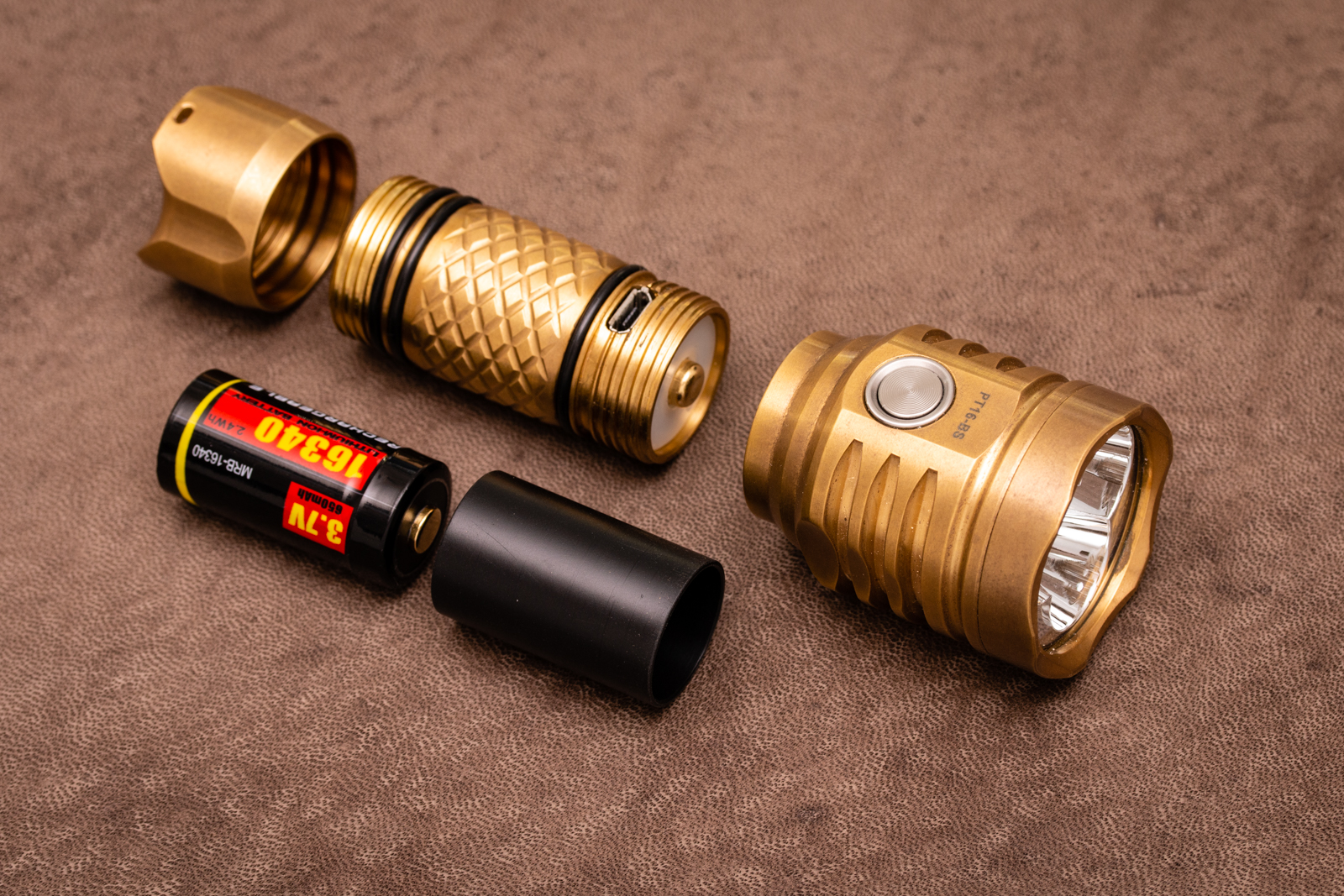 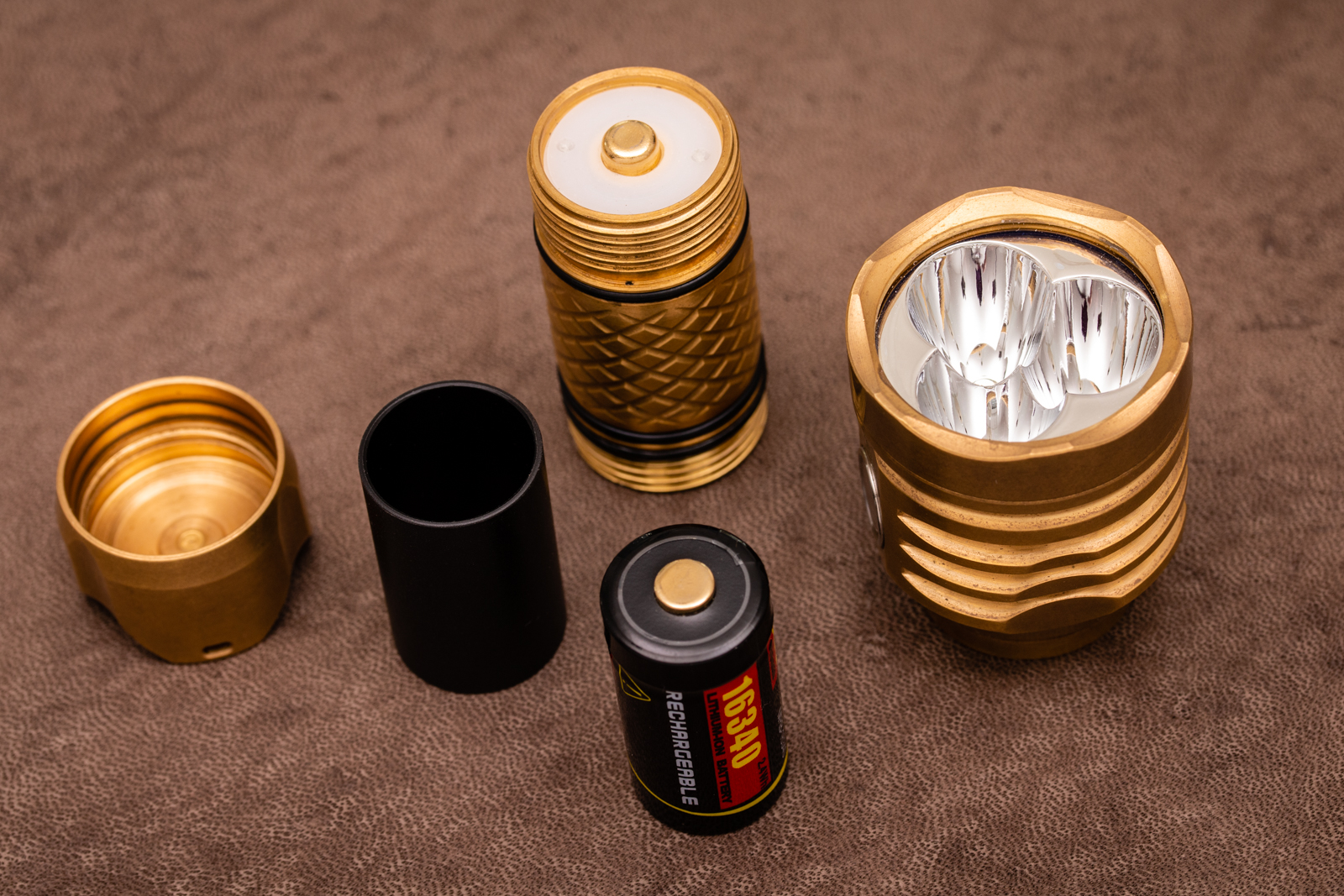 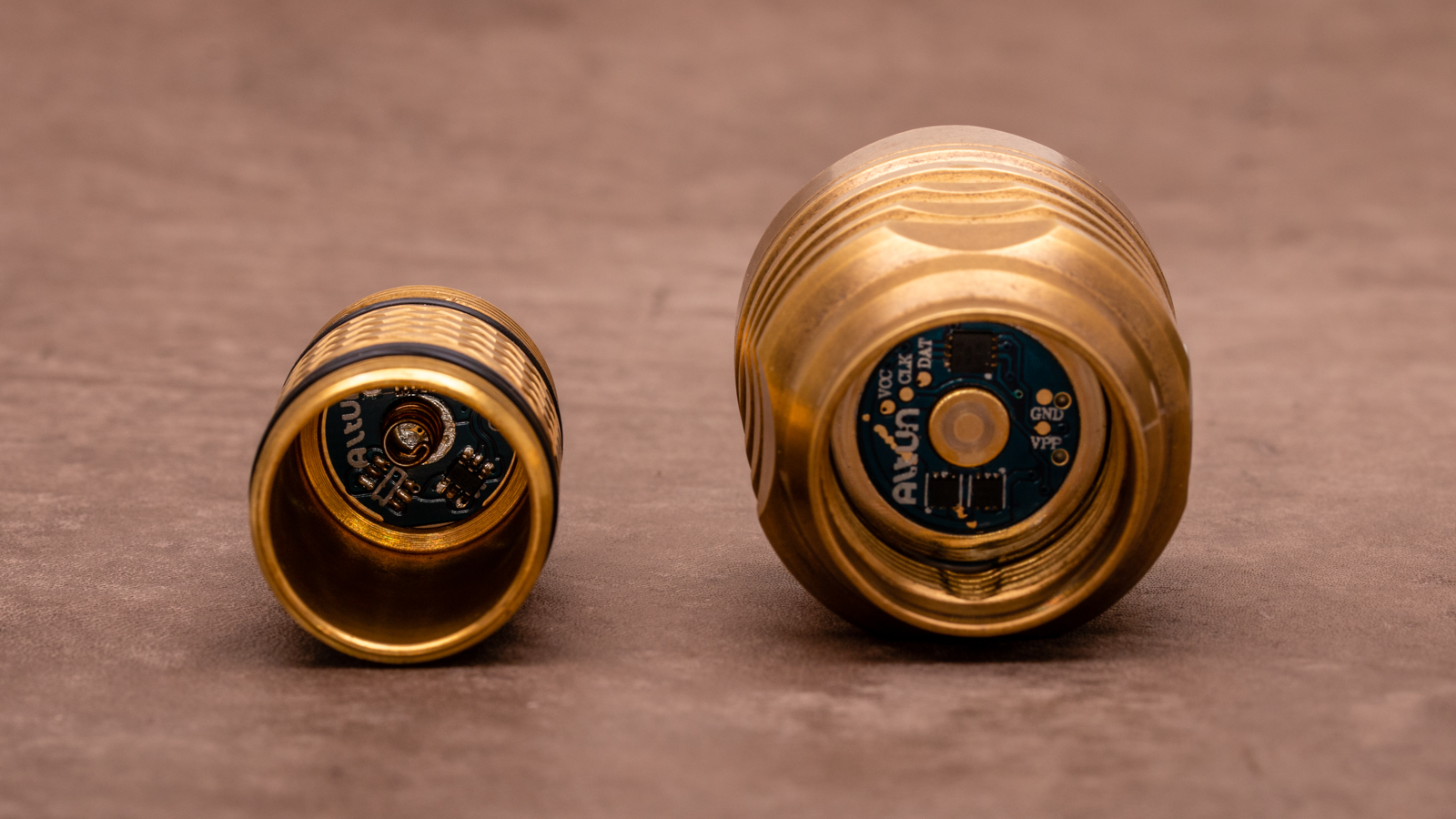 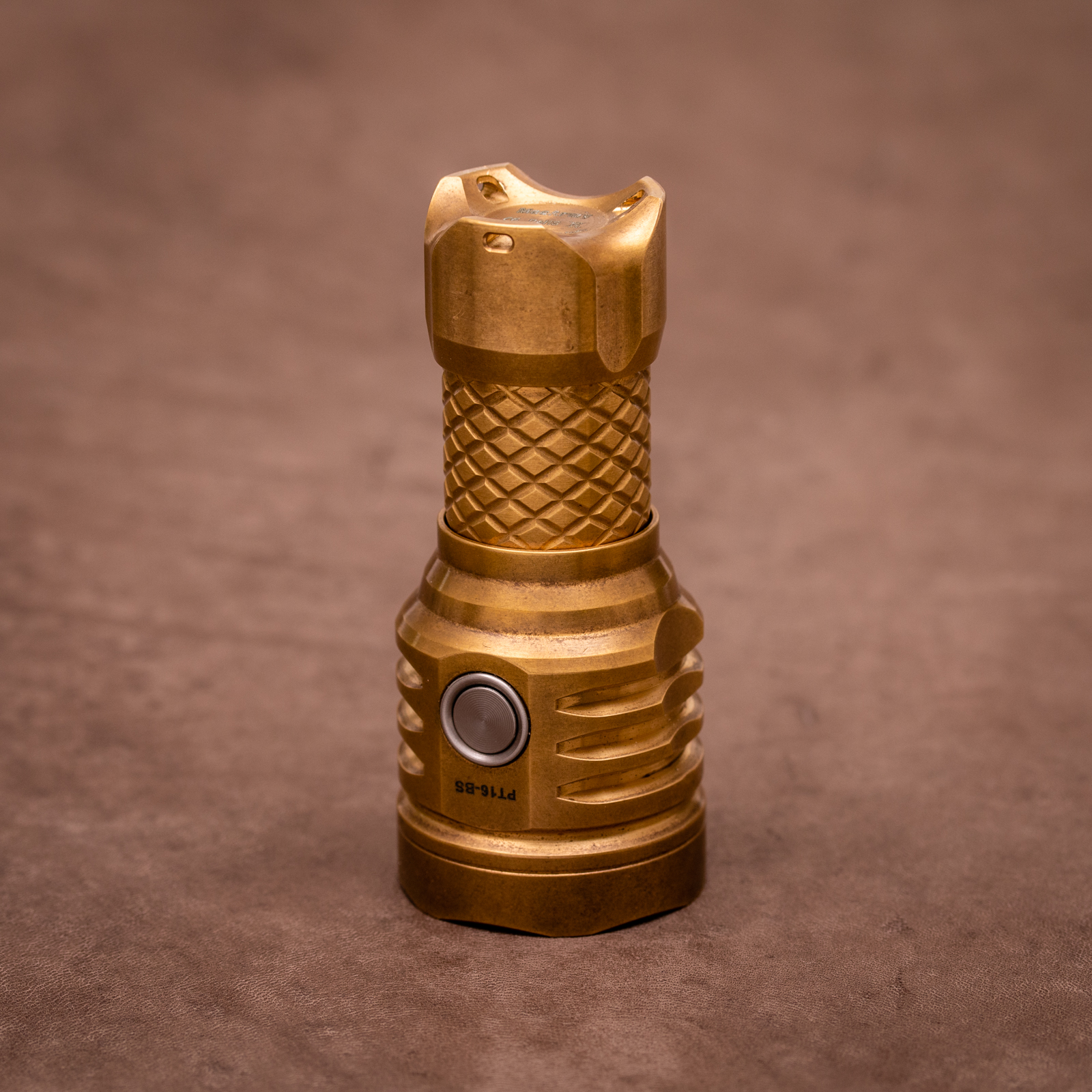 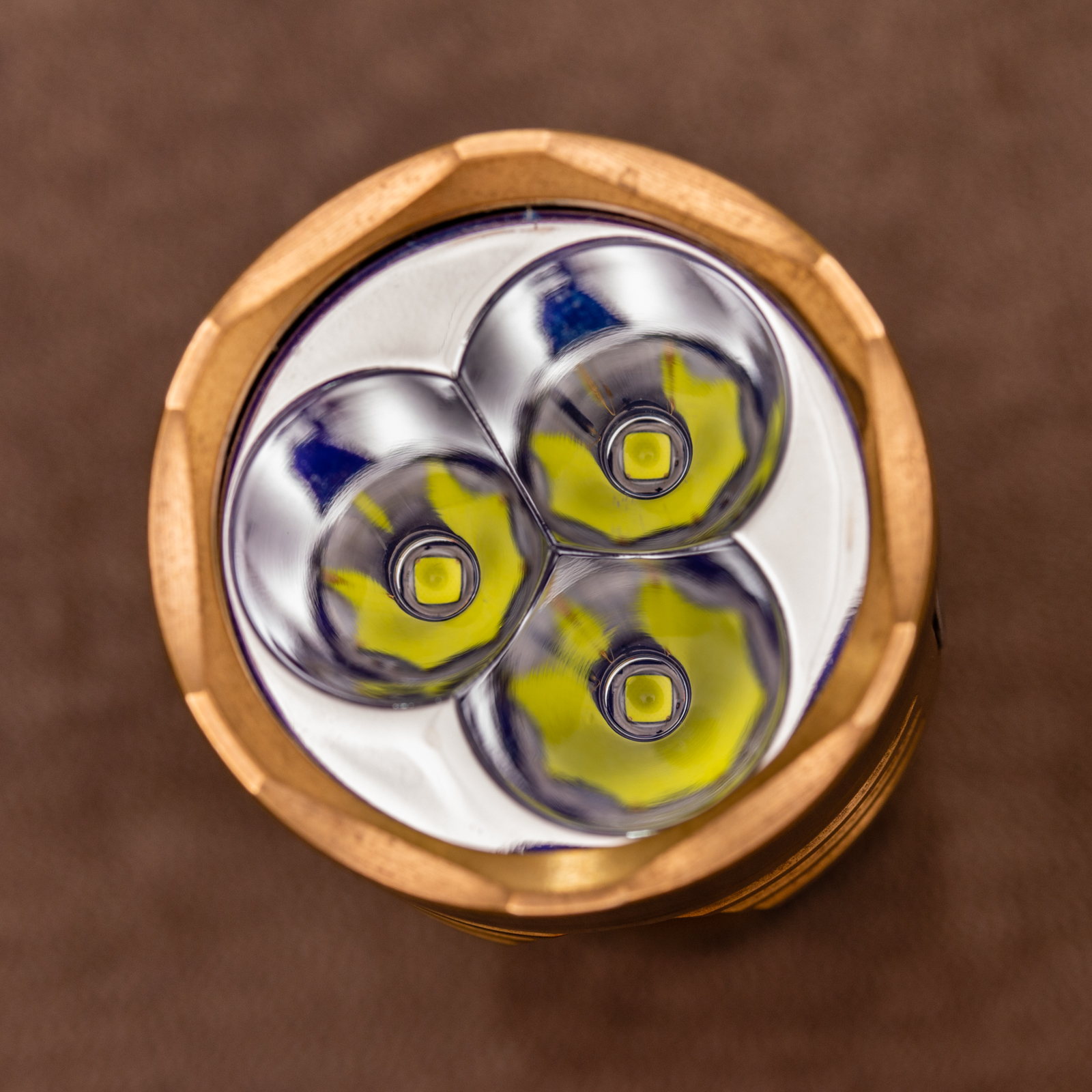 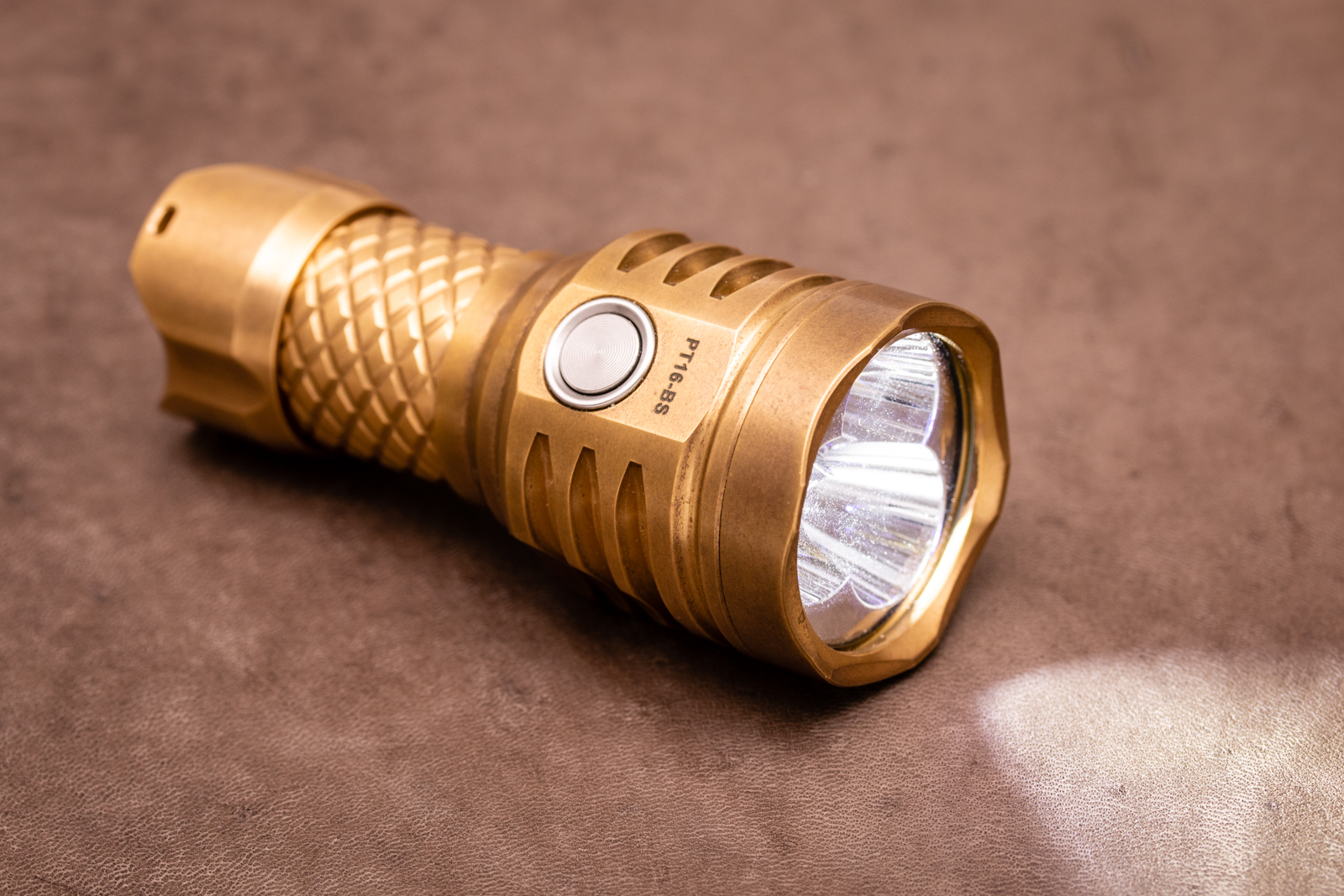 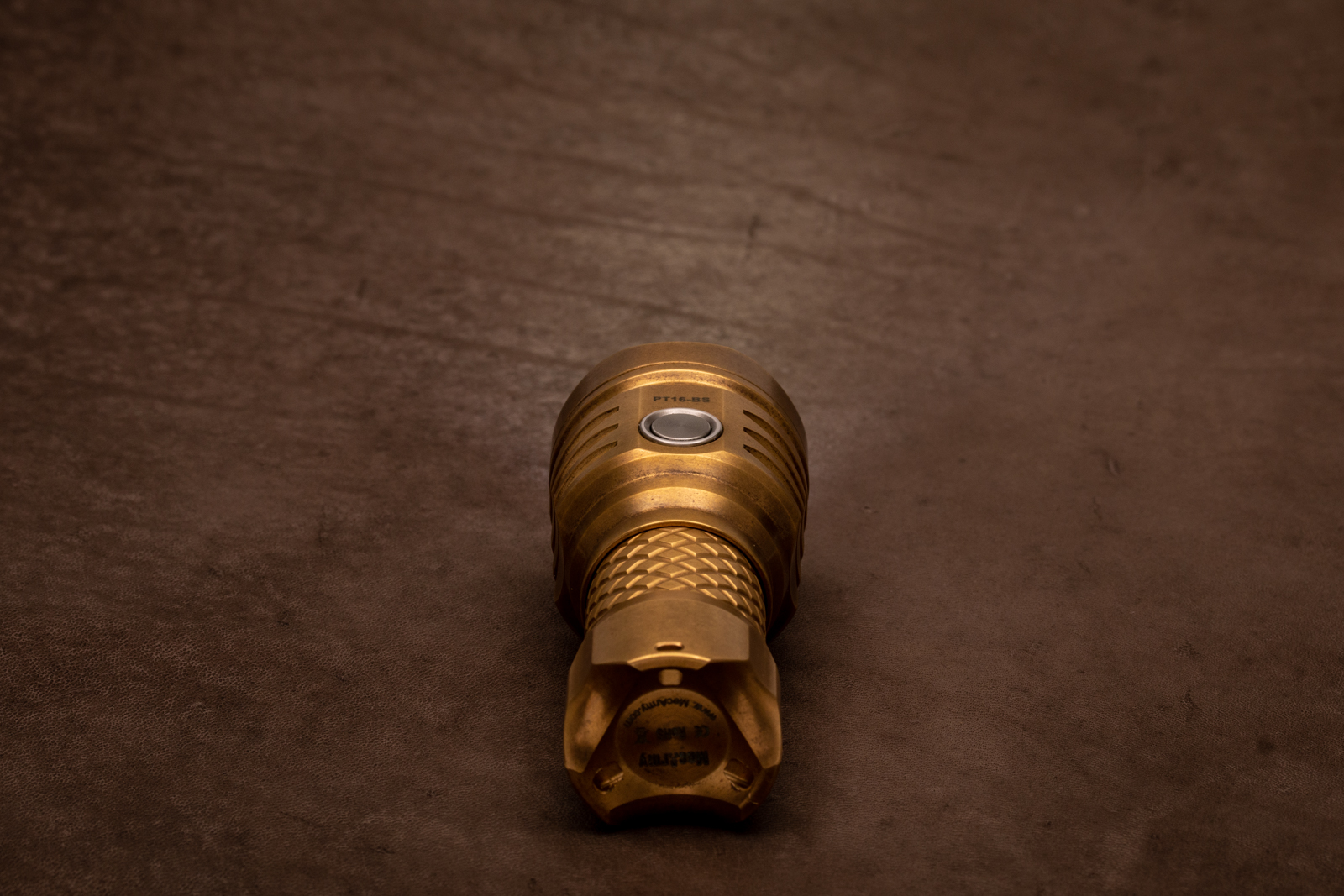 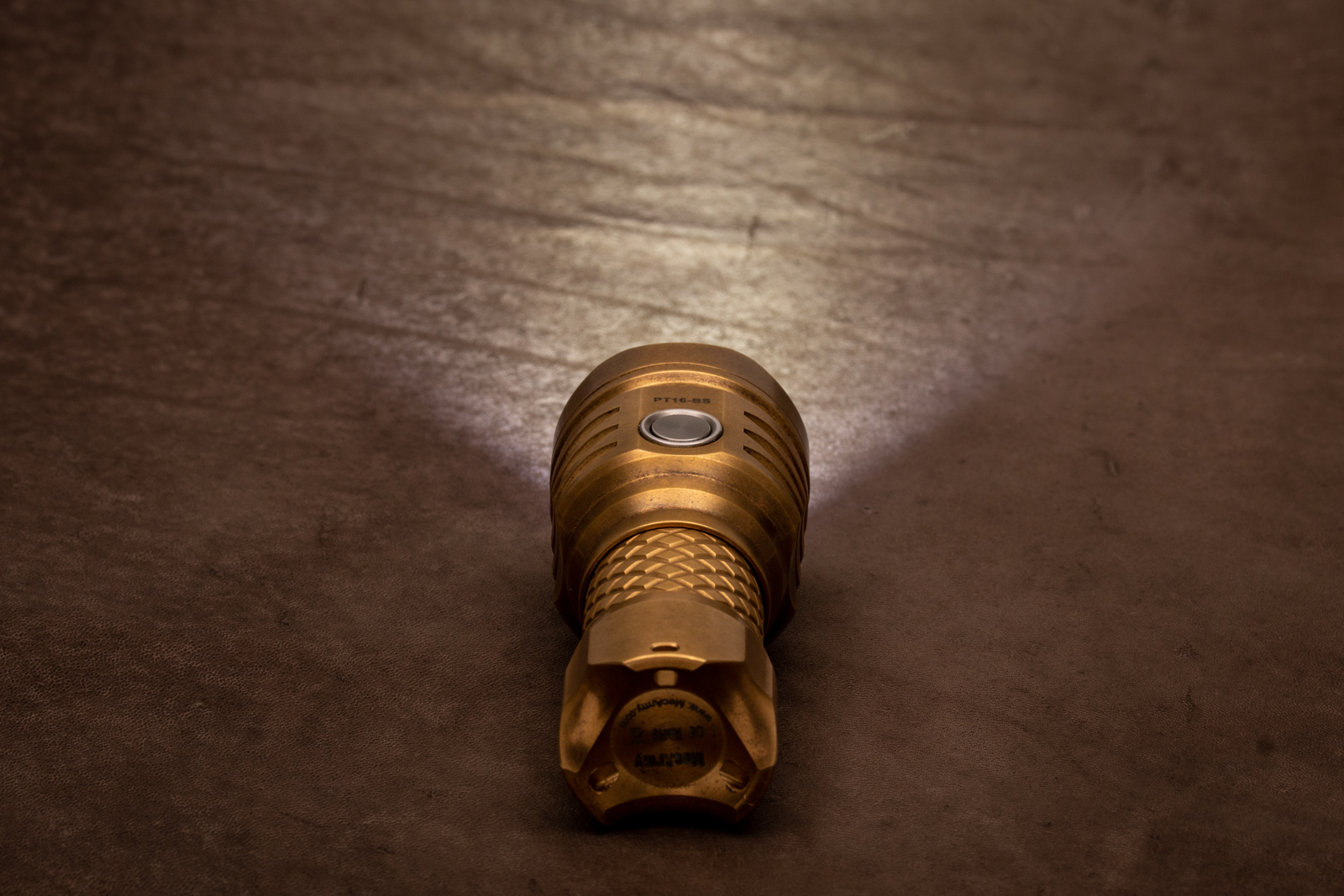 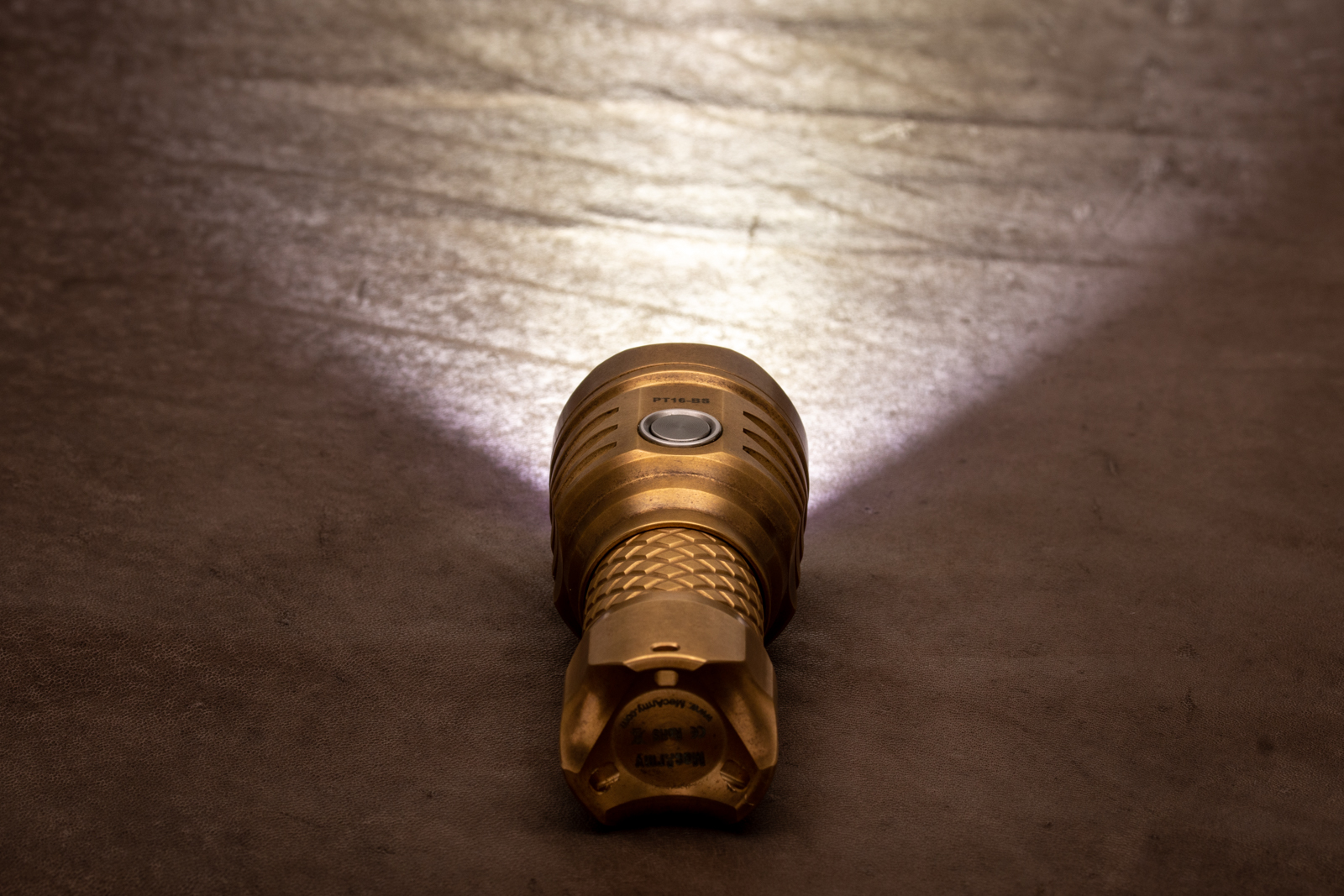 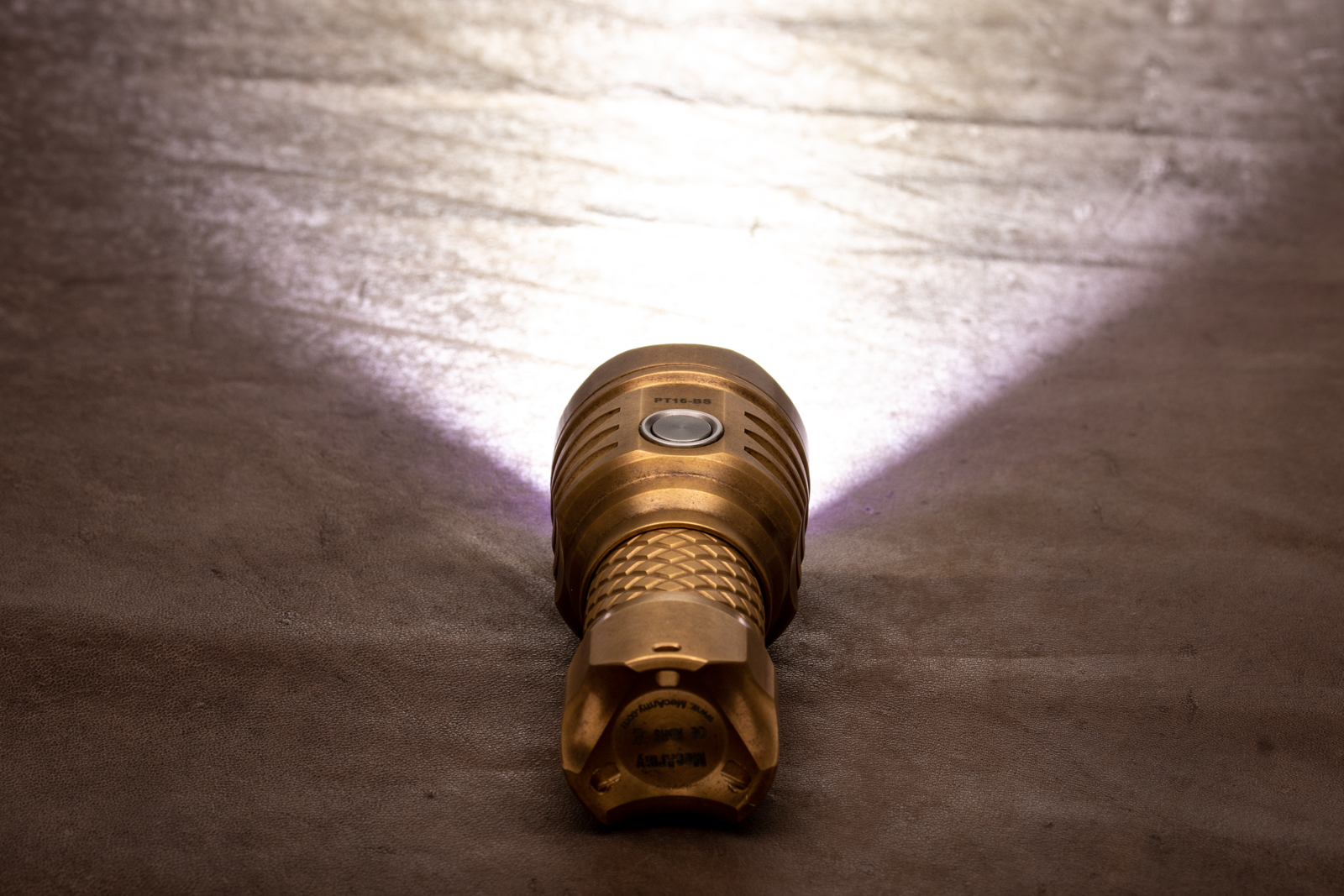 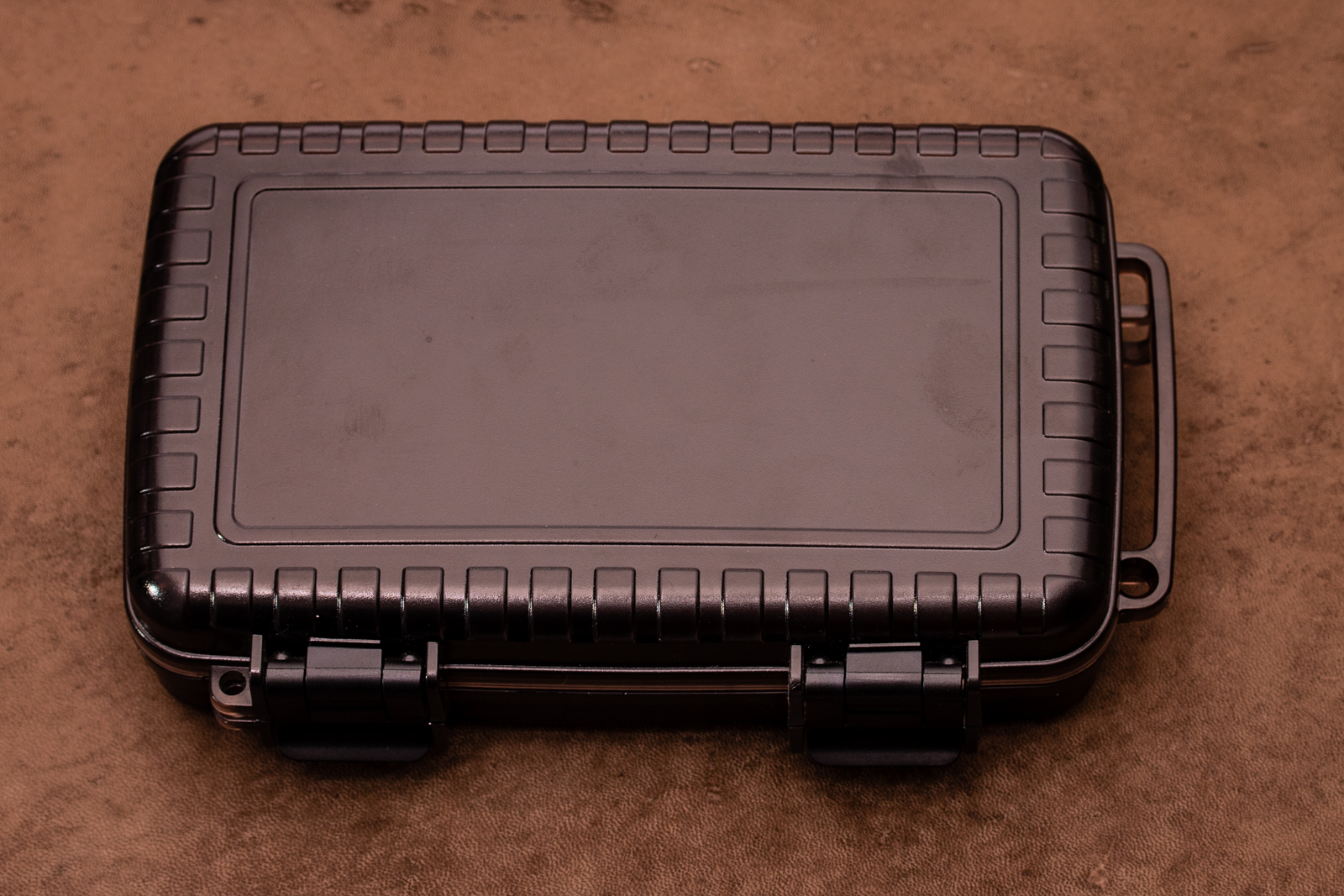 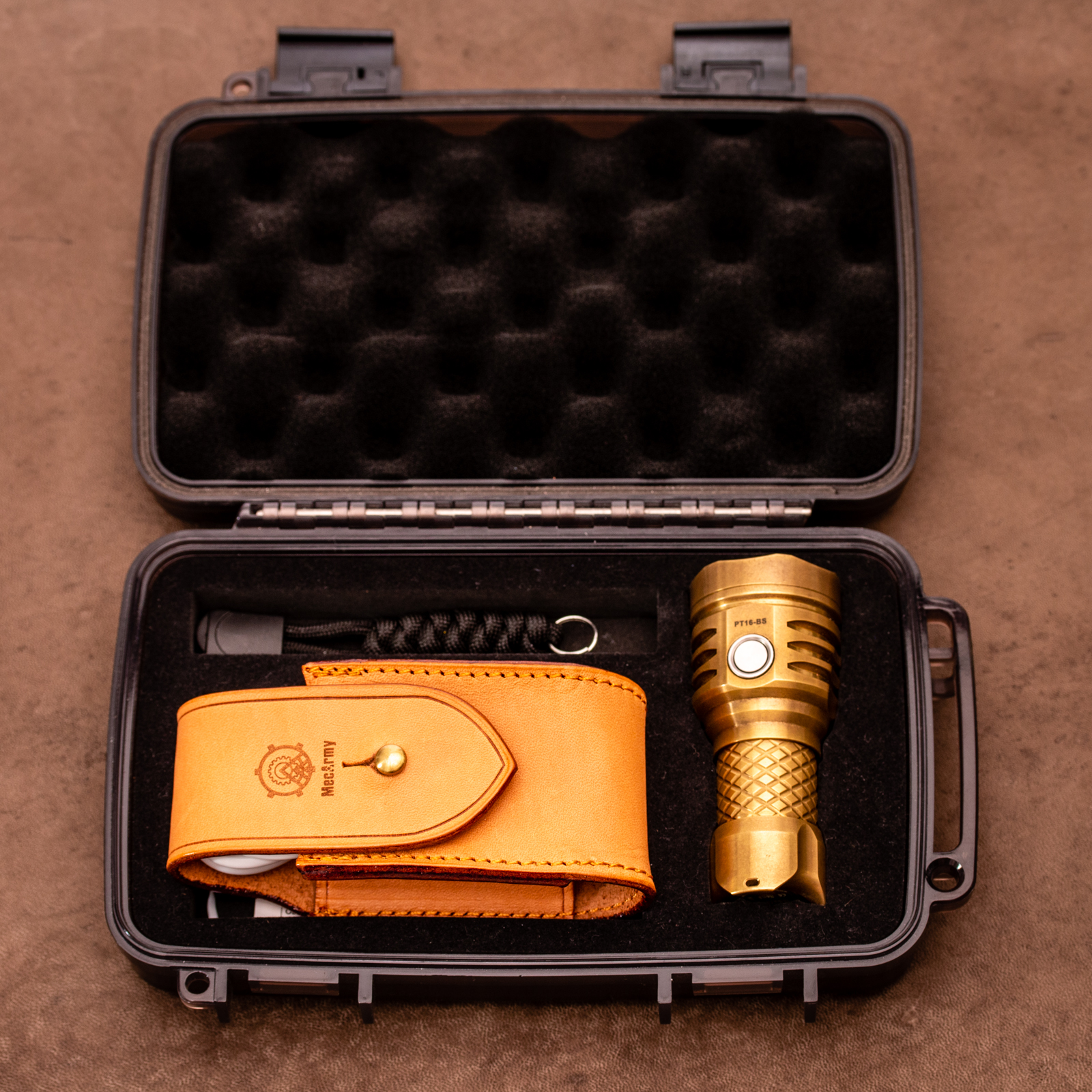 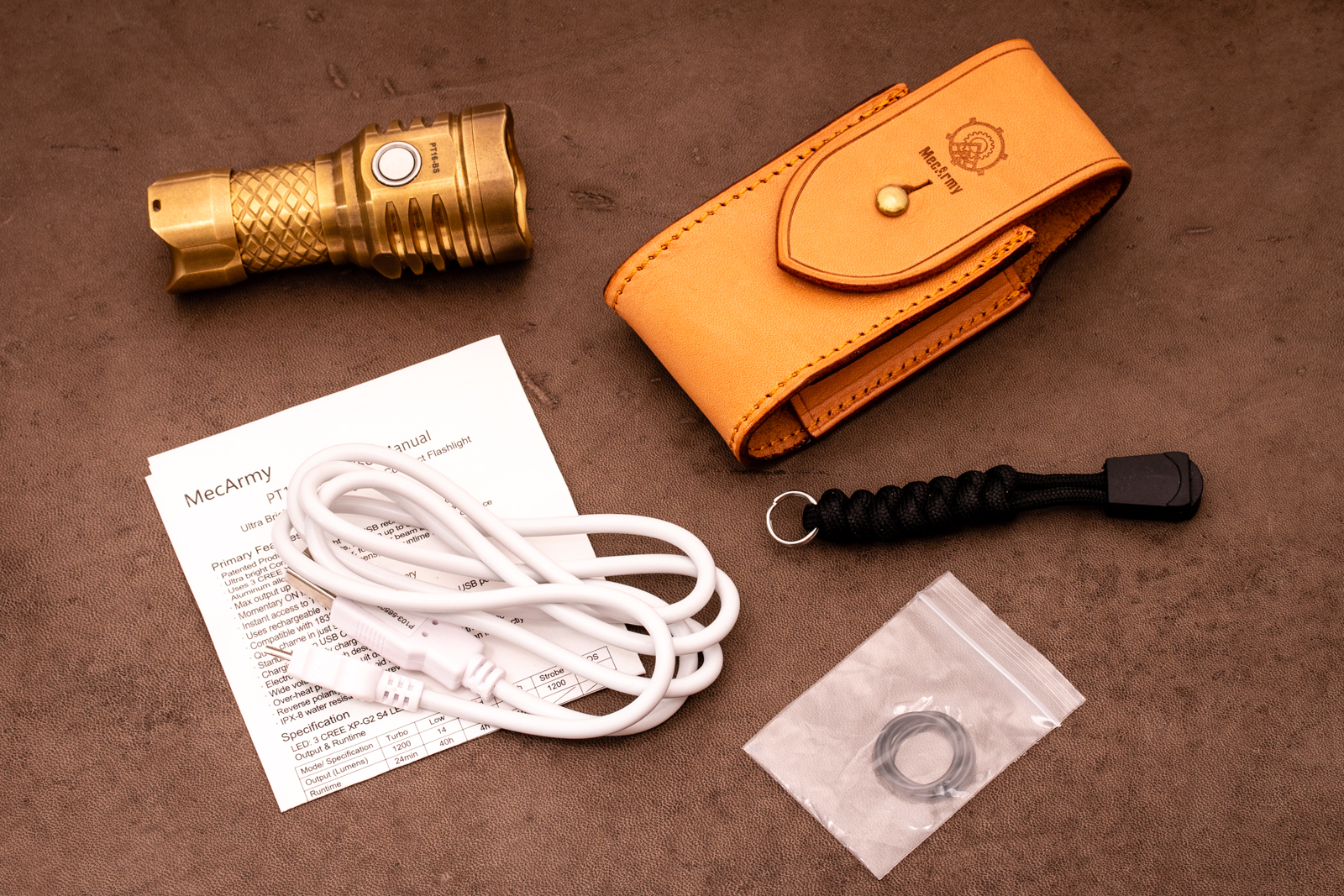 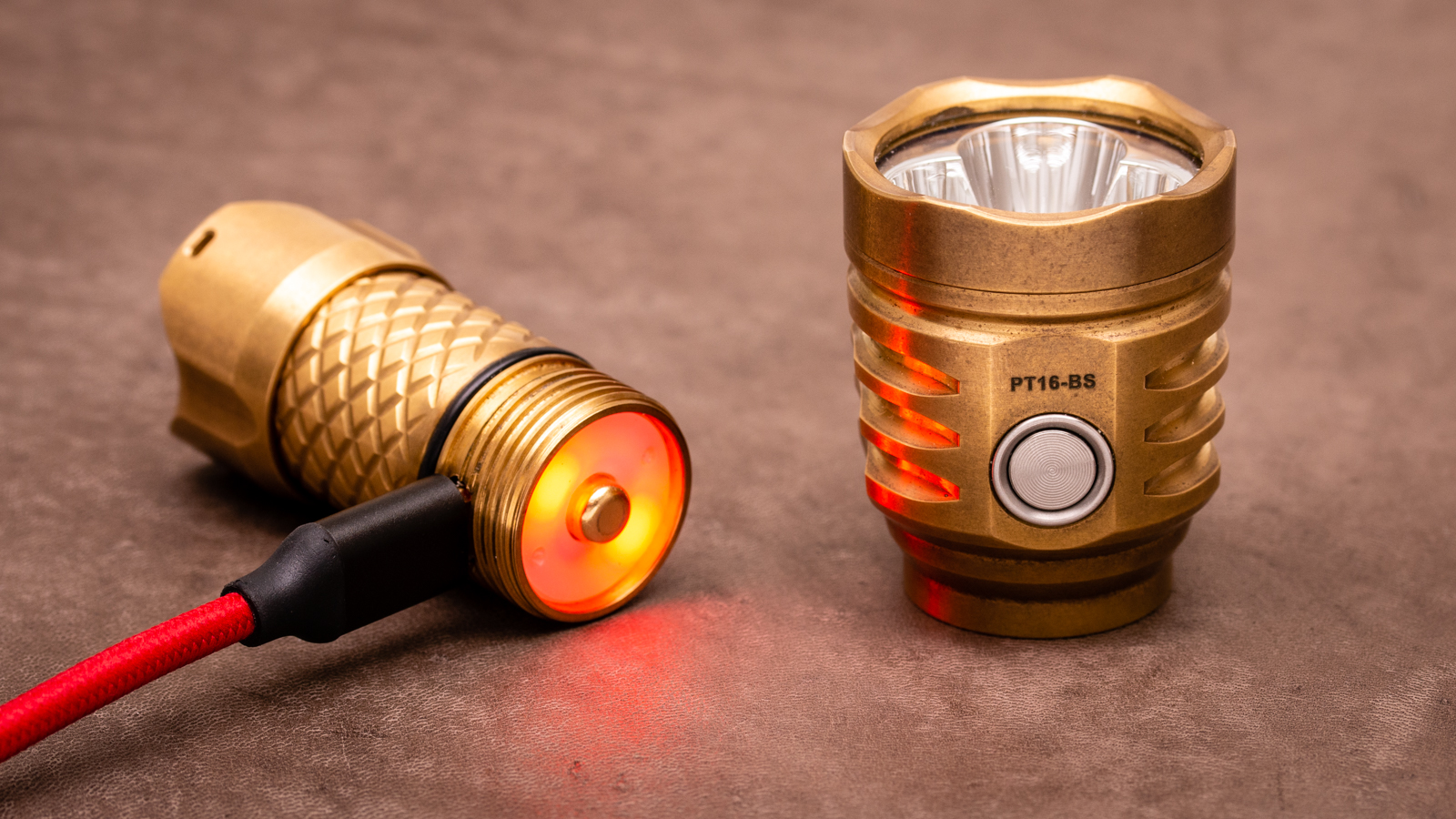 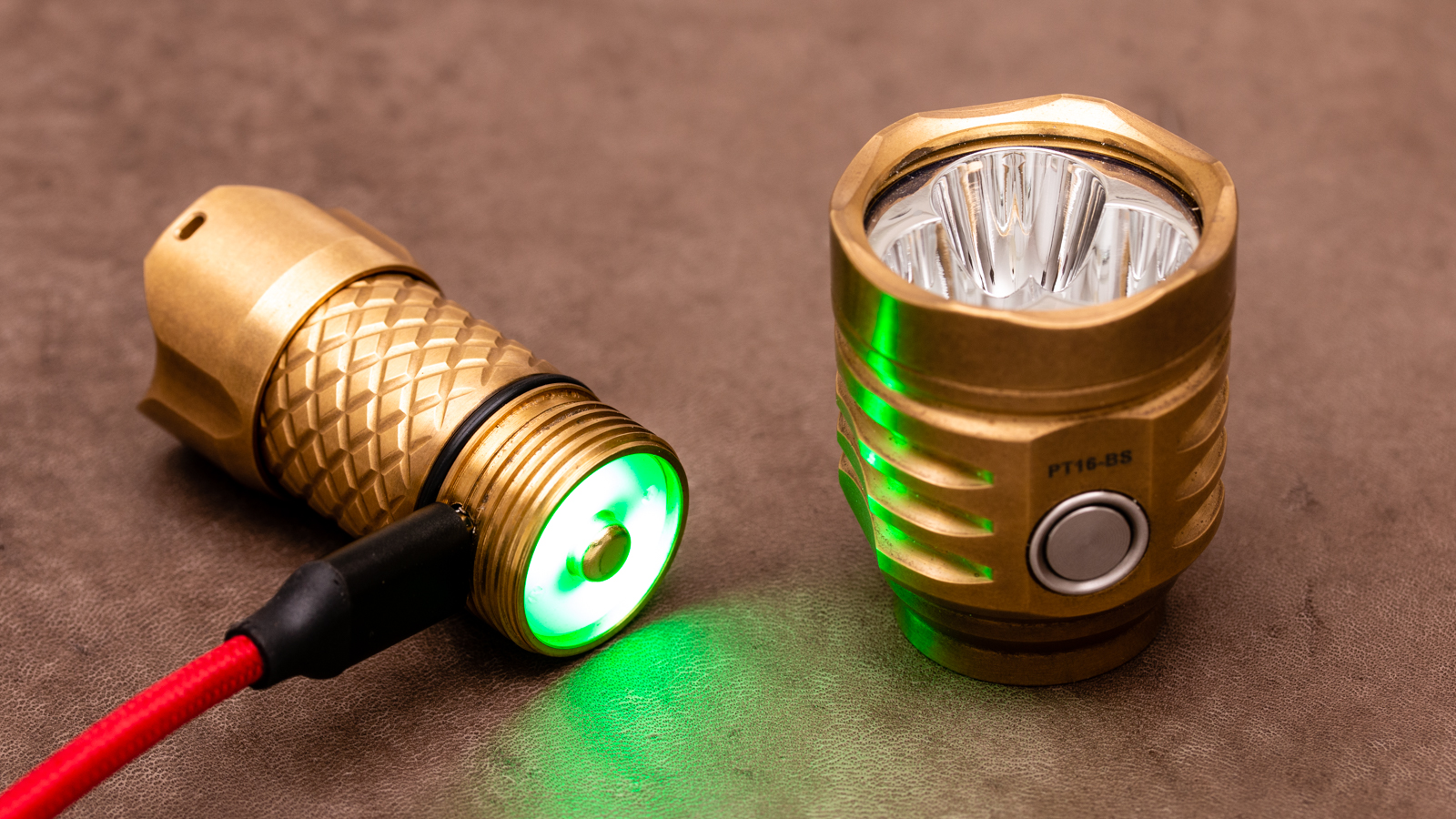 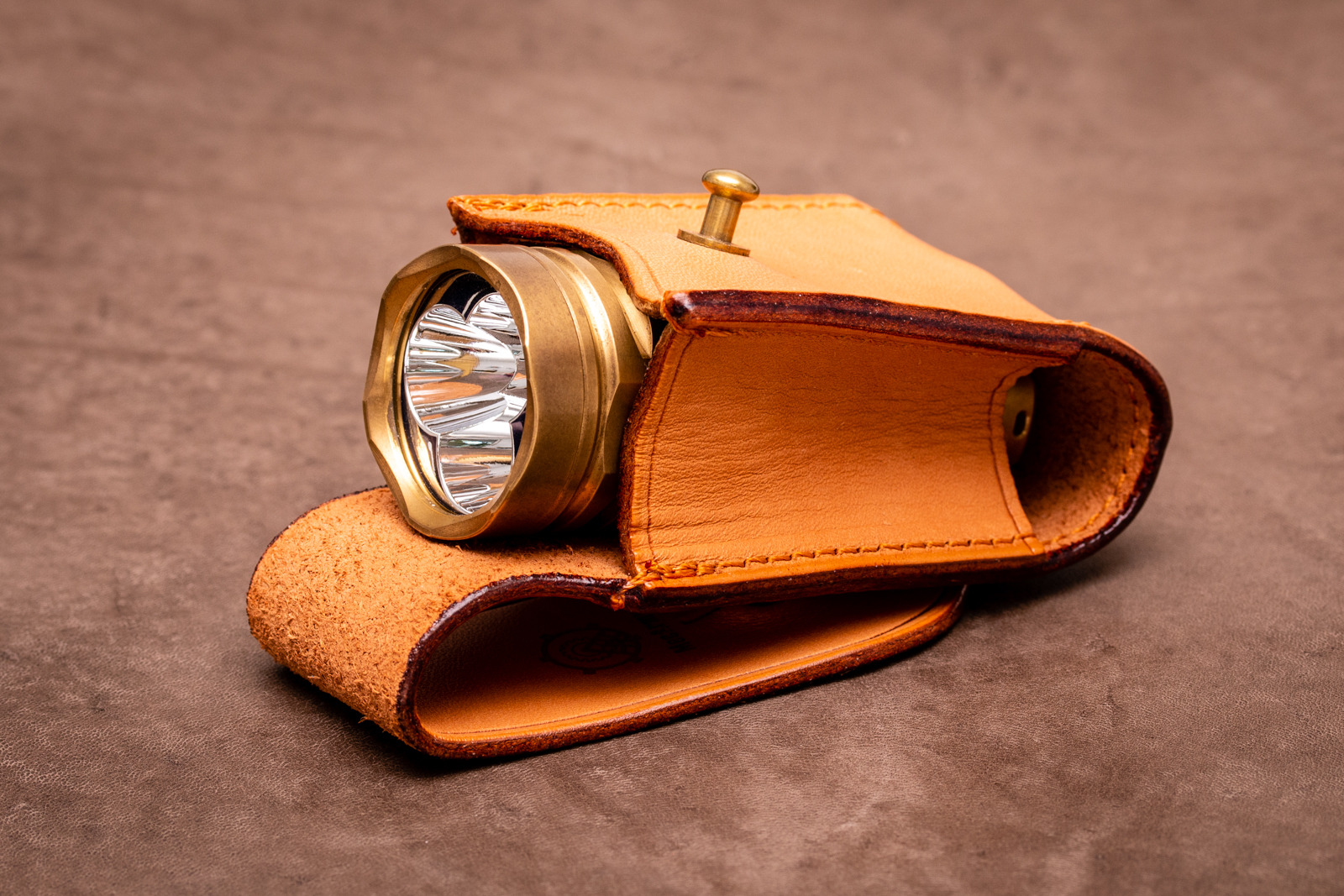 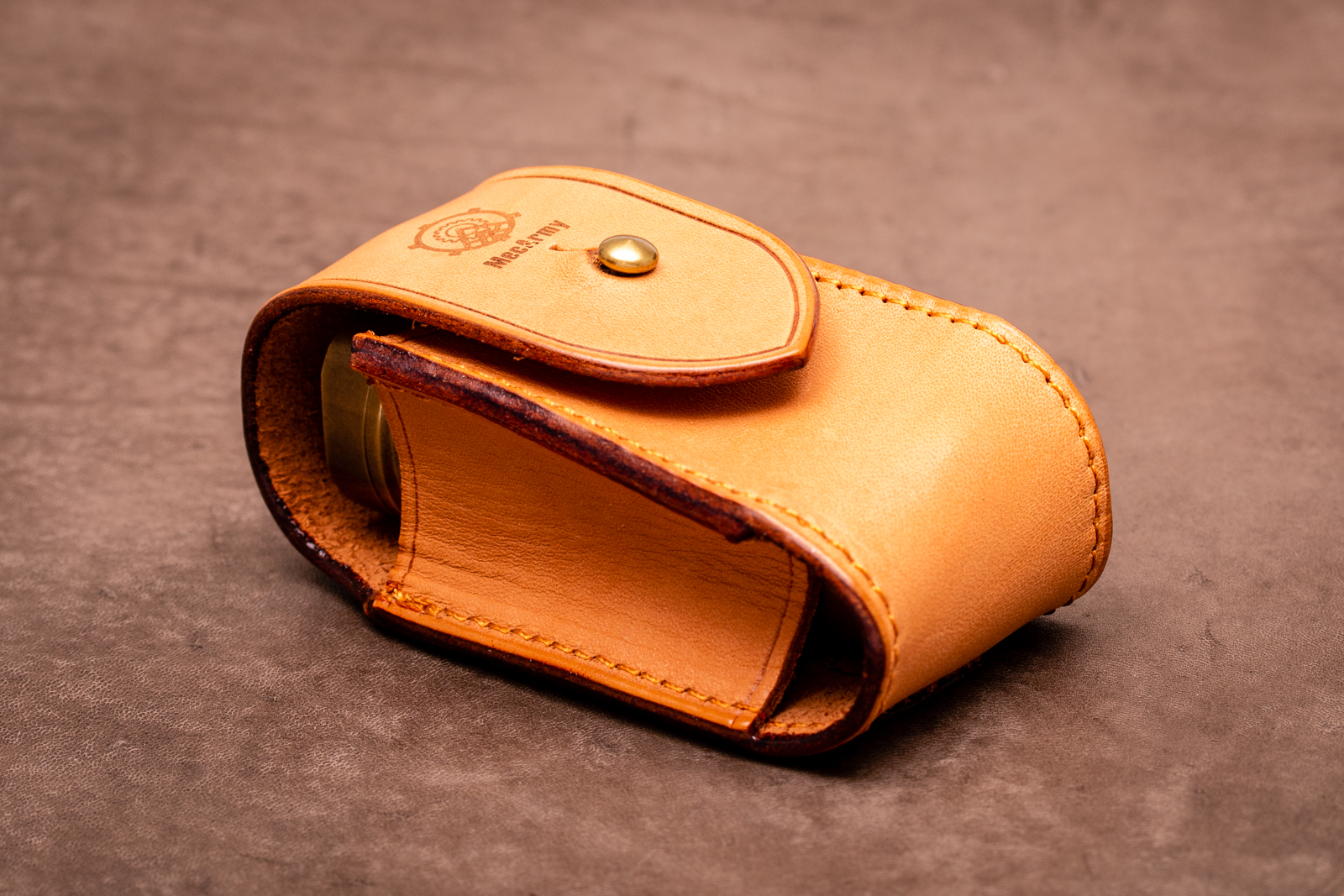 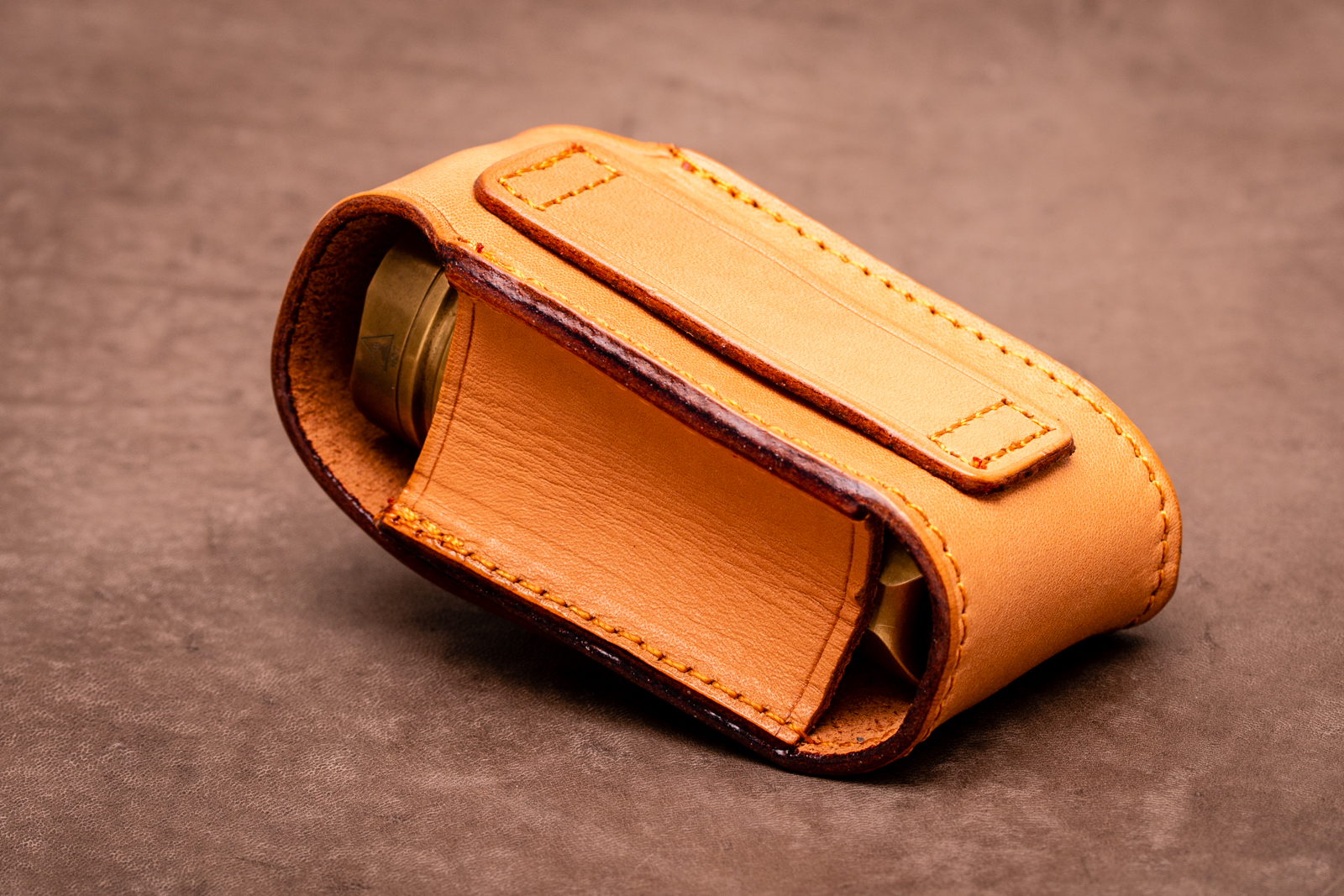 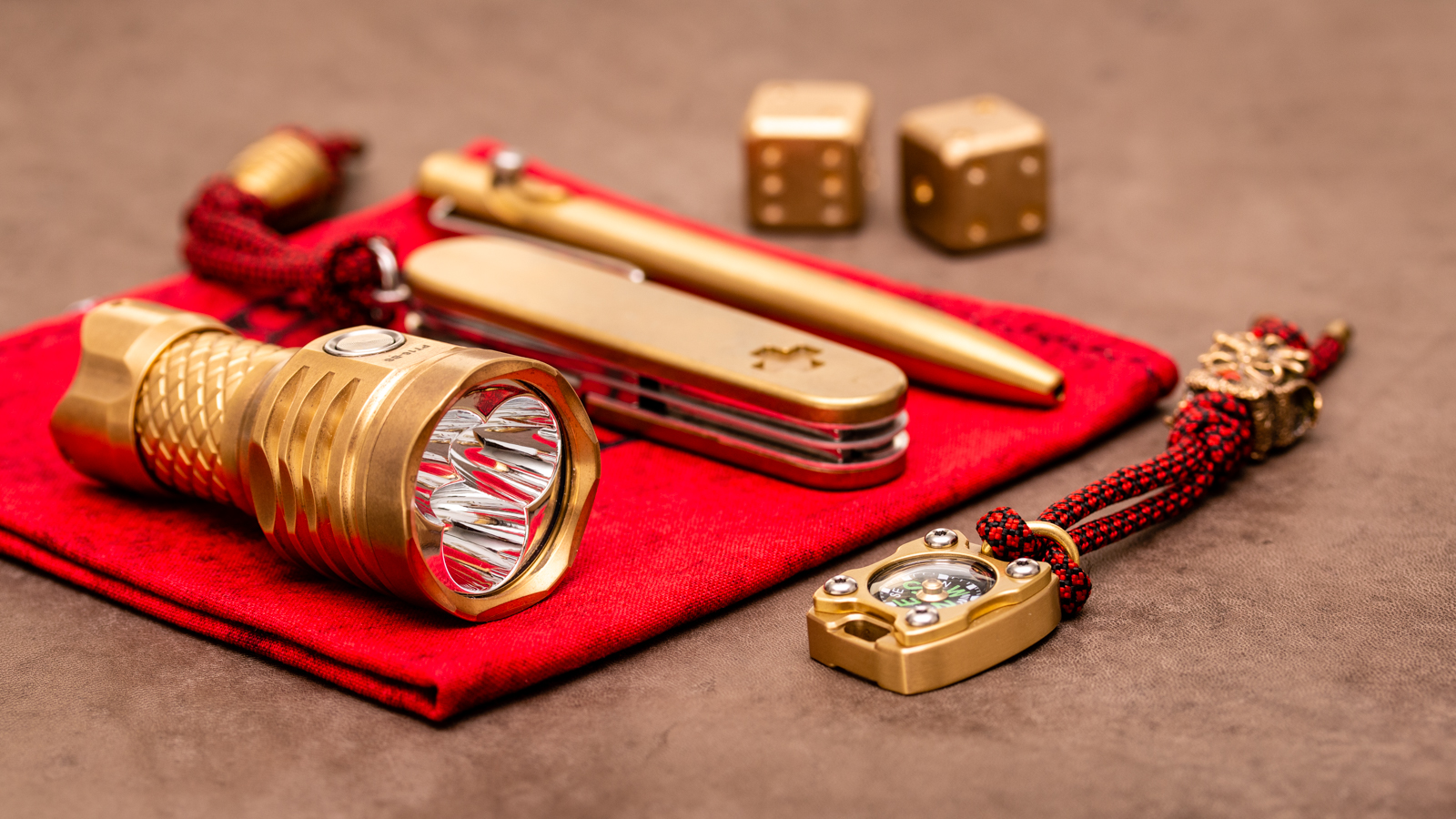