In 1856 Heinrich Kaufmann founded a cutlery company in Solingen, Germany. Later this company was named Heinrich Kaufmann & Söhne – India-Werke and became a large business, focusing on exporting steel goods to the East and West Indies.

The Mercator knife is said to have been invented in 1867. The brand name Mercator is the Latin translation of Kaufmann’s family name, in English it means merchant or trader. The Mercator turned very popular as a pocket knife during the Wilhelmine period. Wilhelm II was the last German Emperor (Kaiser), ruling the German Empire from 1888 to 1918. Like many other things of that time, the knife became tied to Wilhelm’s name and was colloquially referred to as “Kaiser-Wilhelm-Messer”.

In the 1920s, Kaufmann’s patent on the Mercator knife seemed to have expired. Other manufacturers started to produce Mercator-style knives as well. After World War II, American GIs returning from Germany brought the still popular knife back to the US where it became known as “Black Cat Knife” because of the stylized depiction of a leaping cat on the black handle.

Kaufmann’s company was liquidated in 1995. Since then the Mercator knife has been manufactured by Otter Messer in Solingen, Germany. In recent years, Otter has released several new variants and special editions of the knife, including a brass version in two sizes. The large model comes with a strong lock-back mechanism, the small one is a slipjoint. They are both available with either carbon steel (C75) or stainless steel (1.4034) blades. The handle is made of a piece of brass pressed into U-shape. All pieces of the knife are held together by rivets. However, the brass handle shows Otter’s company logo instead of the iconic cat.

The Mercator knife is an all-time German classic and still very popular among knife enthusiasts worldwide. It is lightweight and easily slips into any pocket because of its thin handle, which makes it a perfect everyday carry knife. 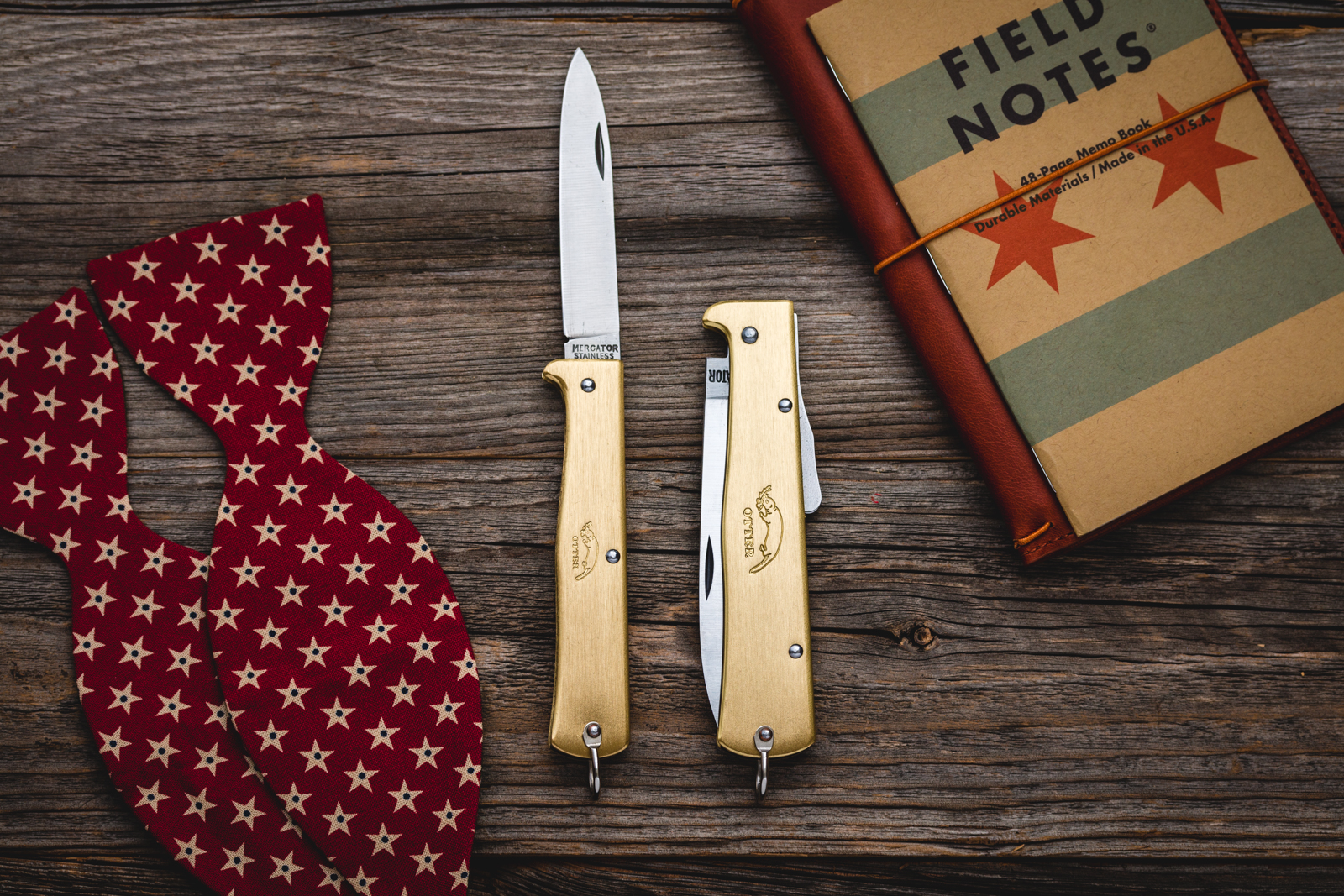 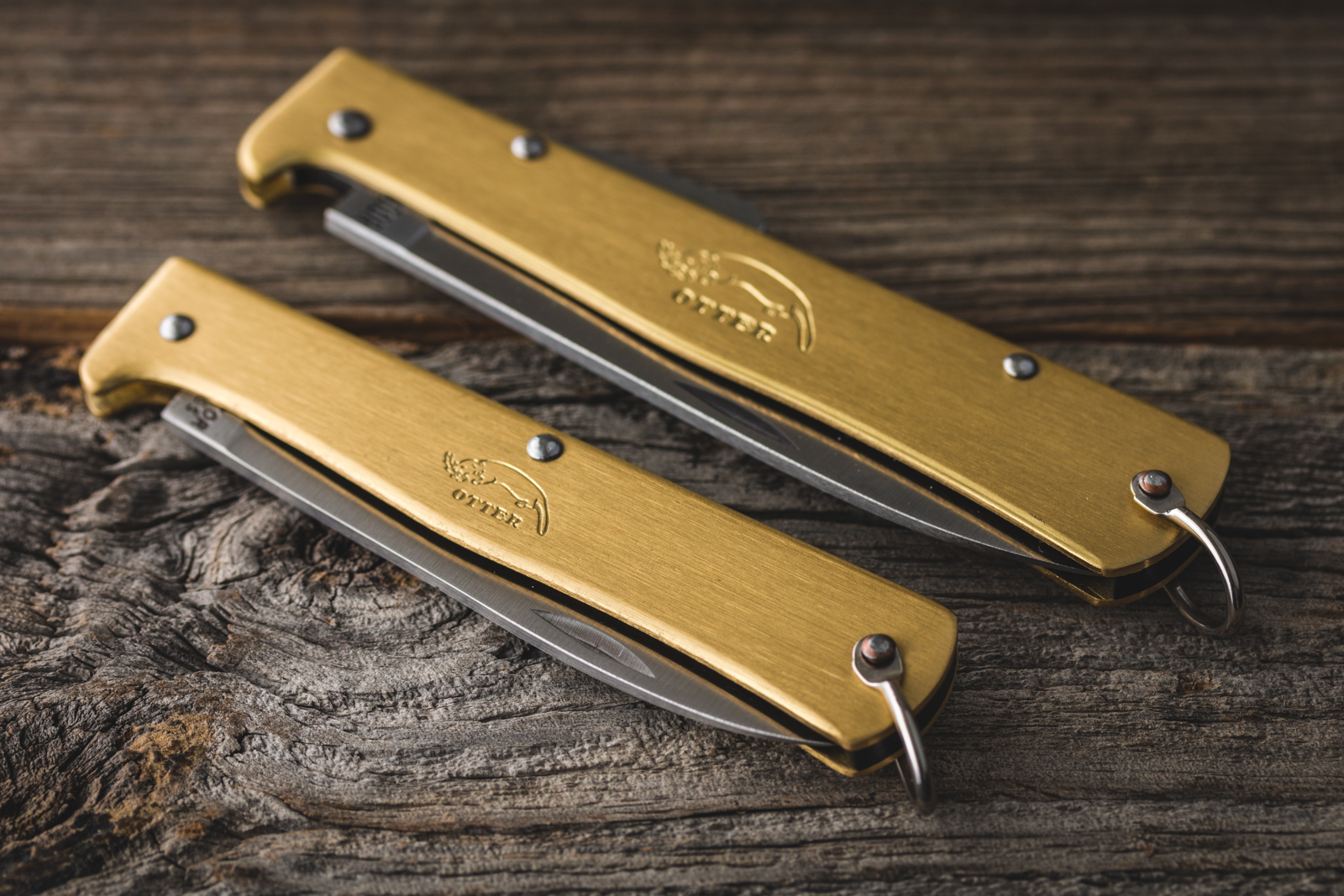 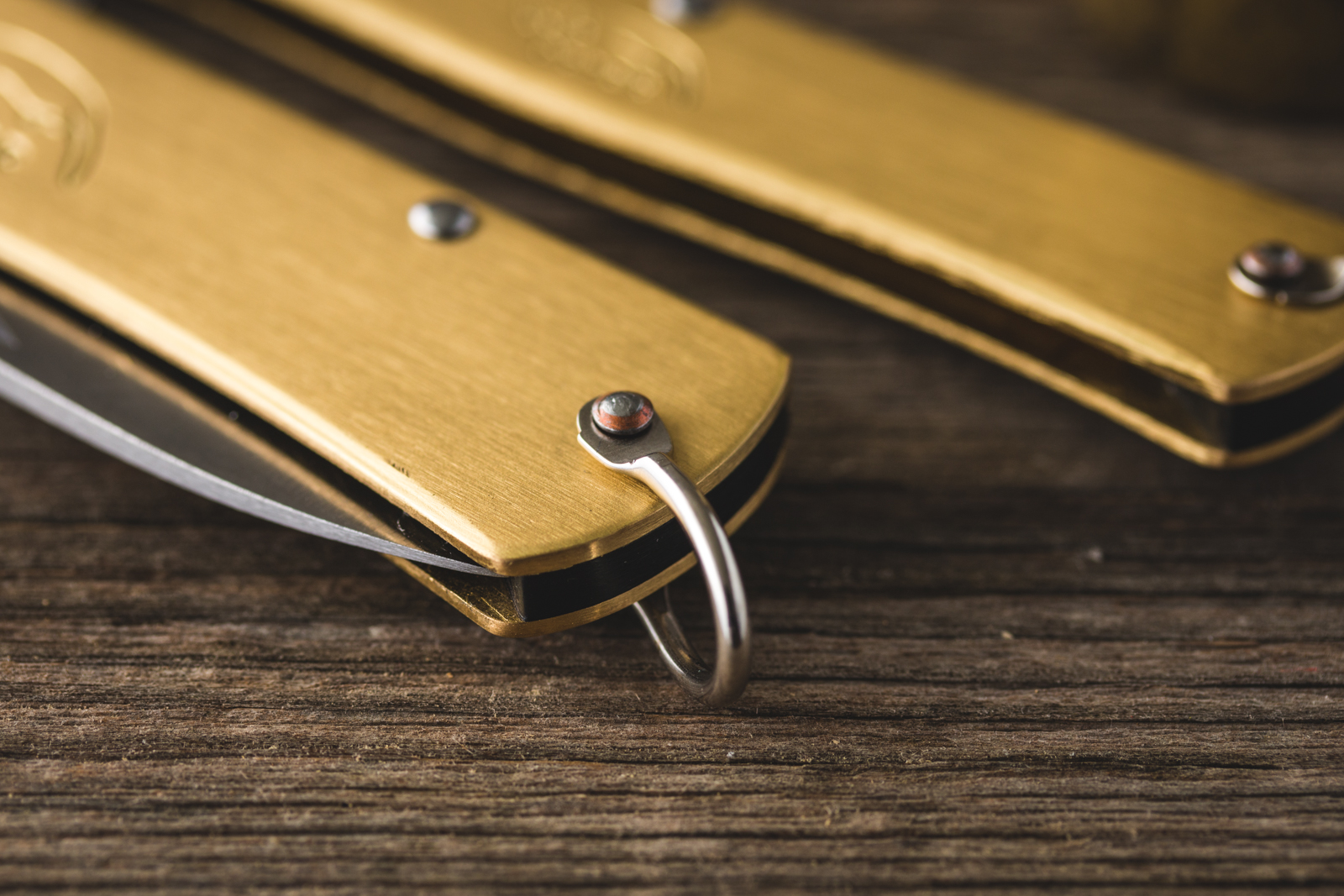 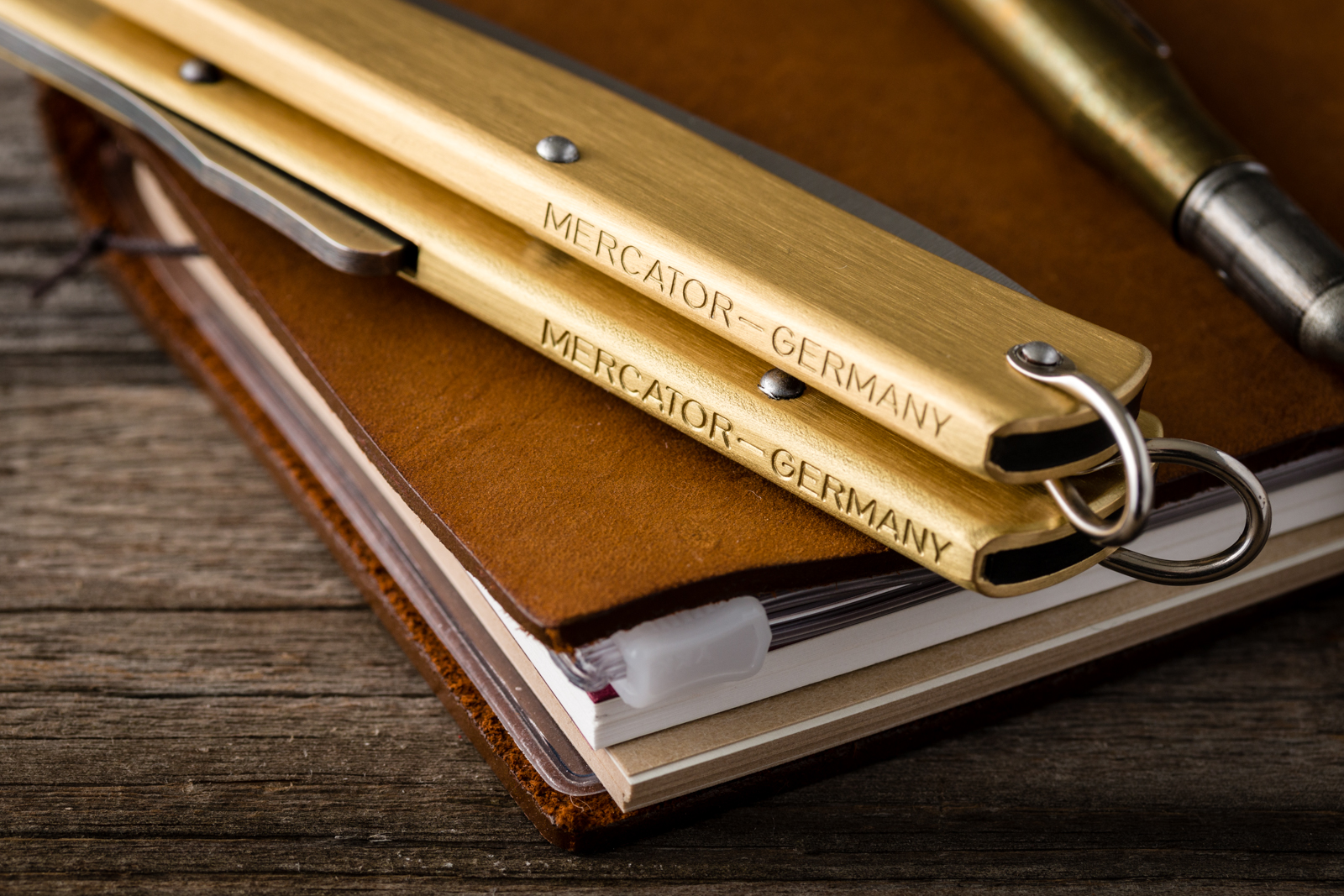 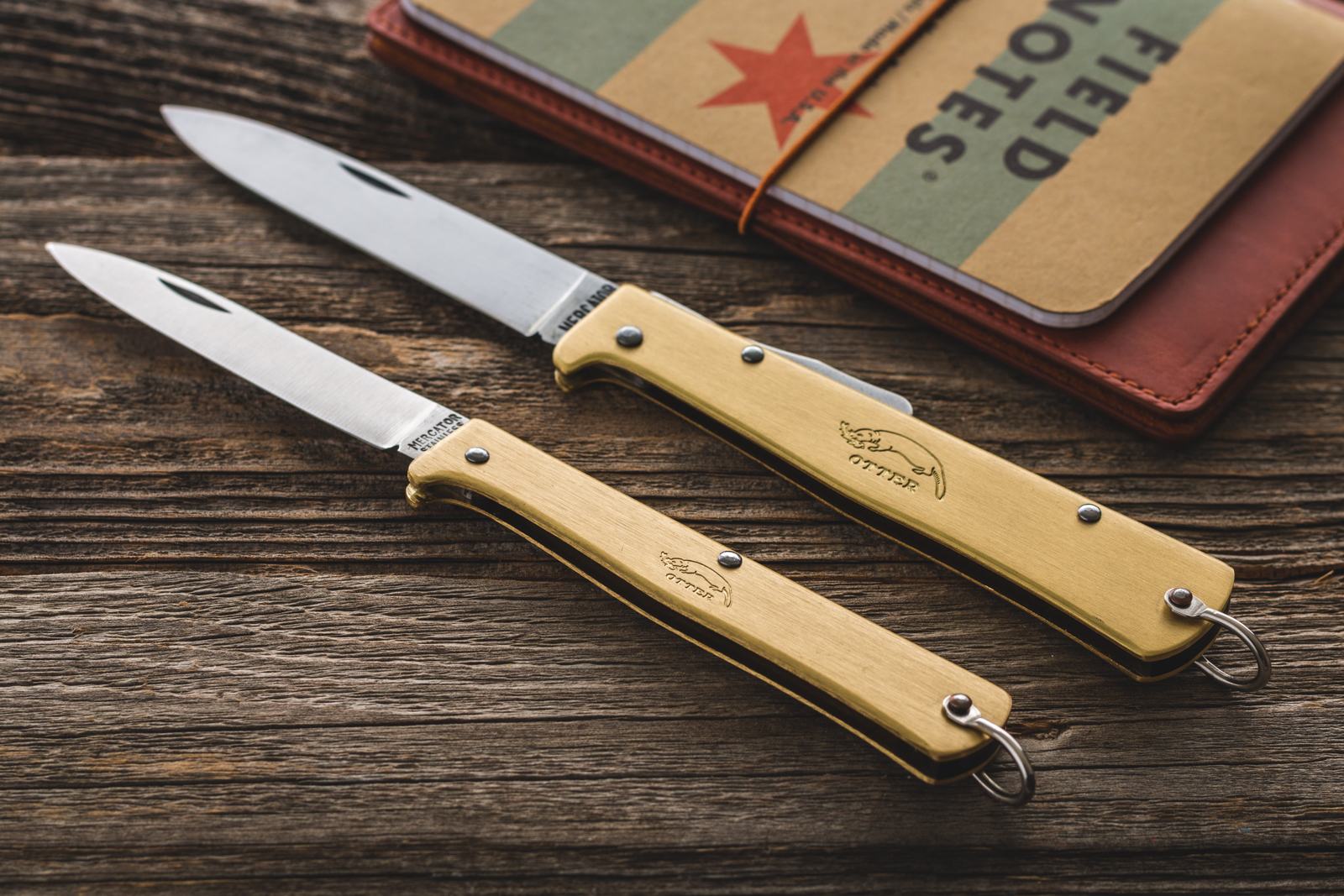