The New Zealand-based company Svörd Knives was established in 1983 by the then 18-year-old Bryan Baker. Svörd’s most iconic knife model has been and continues to be the Peasant. Epitomizing the oldest concept of a pocket knife, the Peasant is a low-tech friction folder. Archaeological finds prove that friction folders were already known in Roman times.

According to Svörd, the Peasant is based on knife models used in Bohemia and Bavaria several hundred years ago. With an overall length of 127 mm, the Peasant Micro is significantly smaller than the regular version. The rustic-style knife features brass handle scales and a two-tone finished blade with a split ring at the end of the tang. The black forged skin adds to the rough charm of the knife. The blade is made of Swedish high carbon steel. Although there is no locking mechanism, two brass screws allow you to adjust the amount of friction between the blade and the scales.

Lightweight and compact, the Svörd Peasant Micro can handle most of your general everyday cutting tasks with ease. The knife comes included with a brown suede slip pouch. 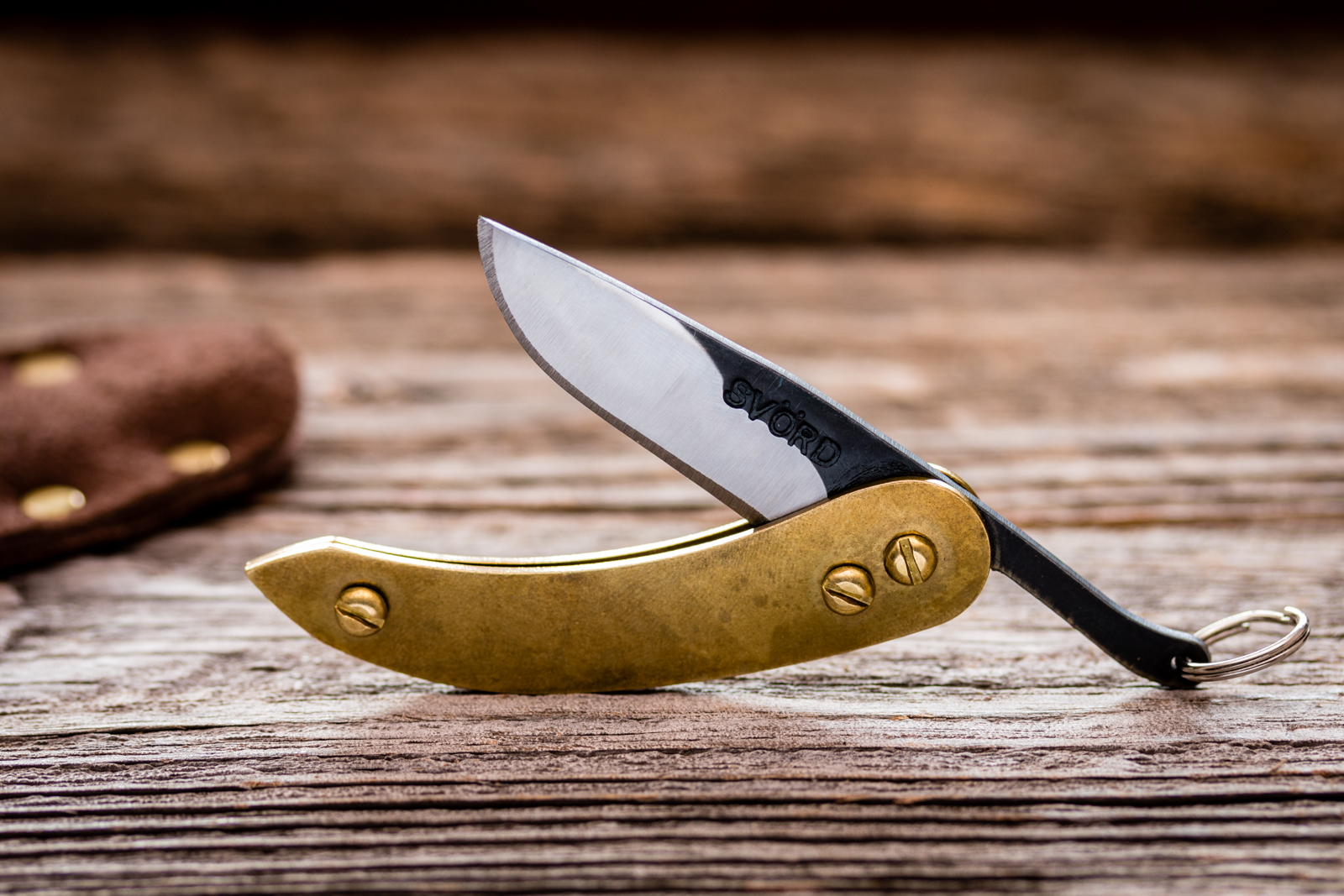 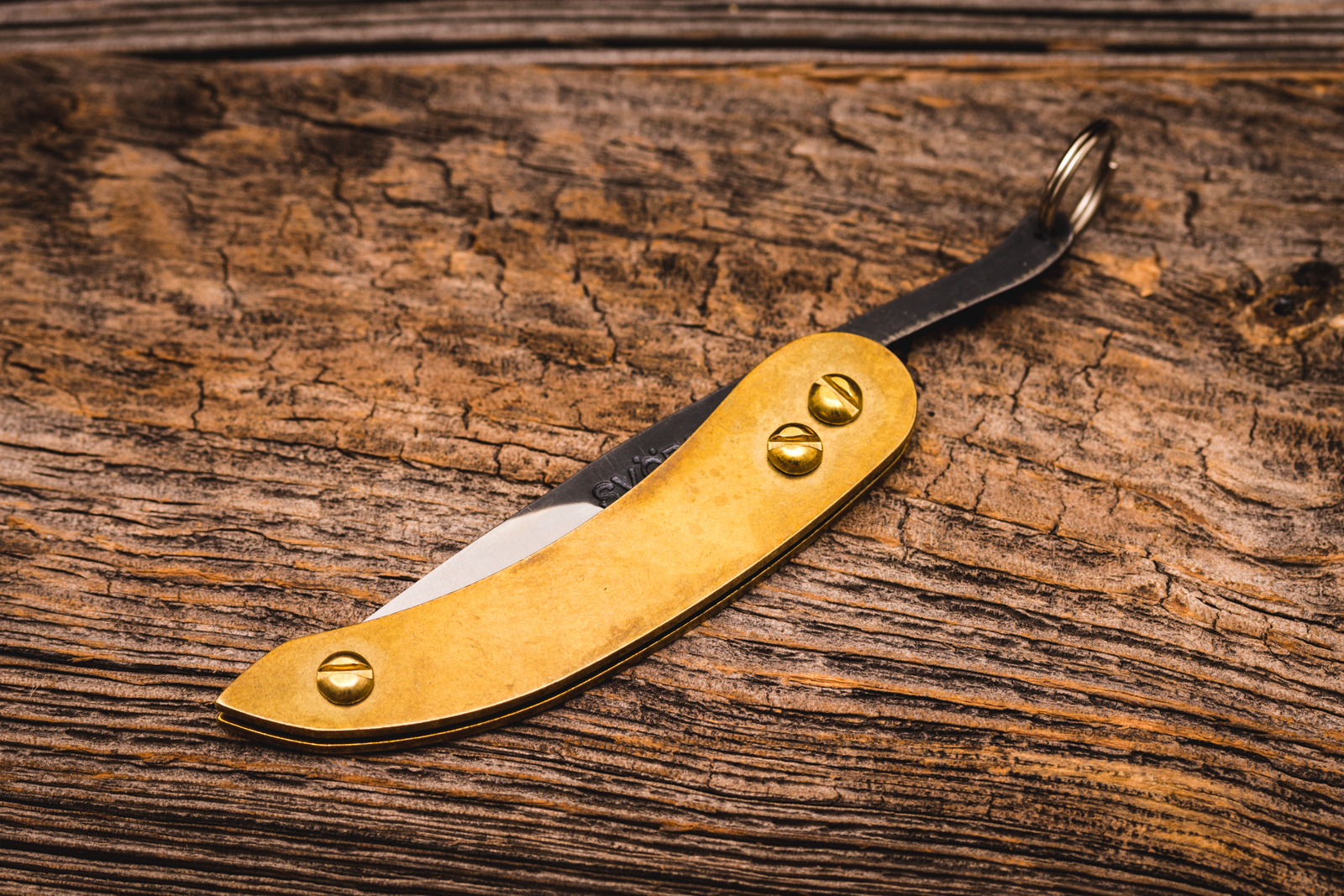 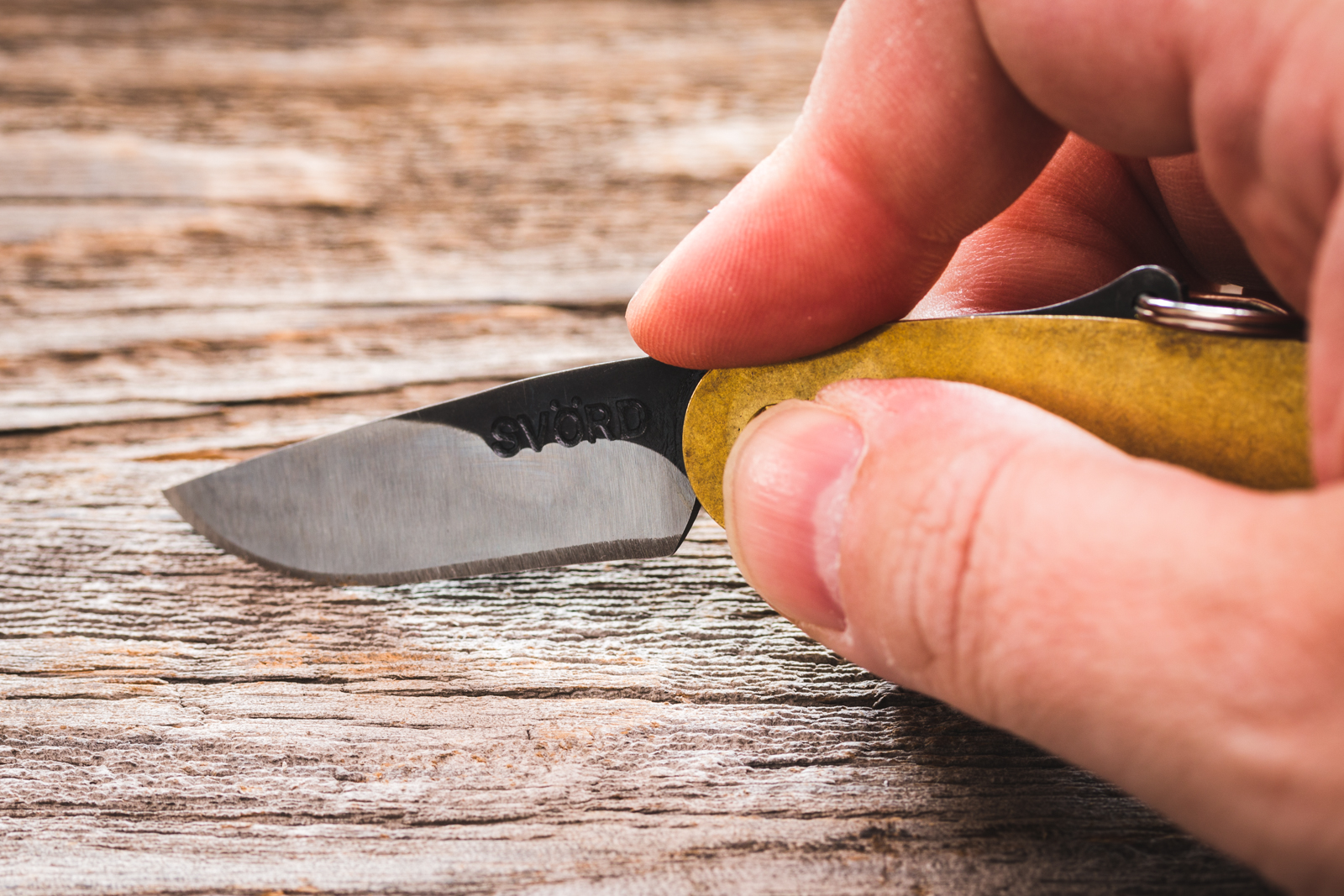 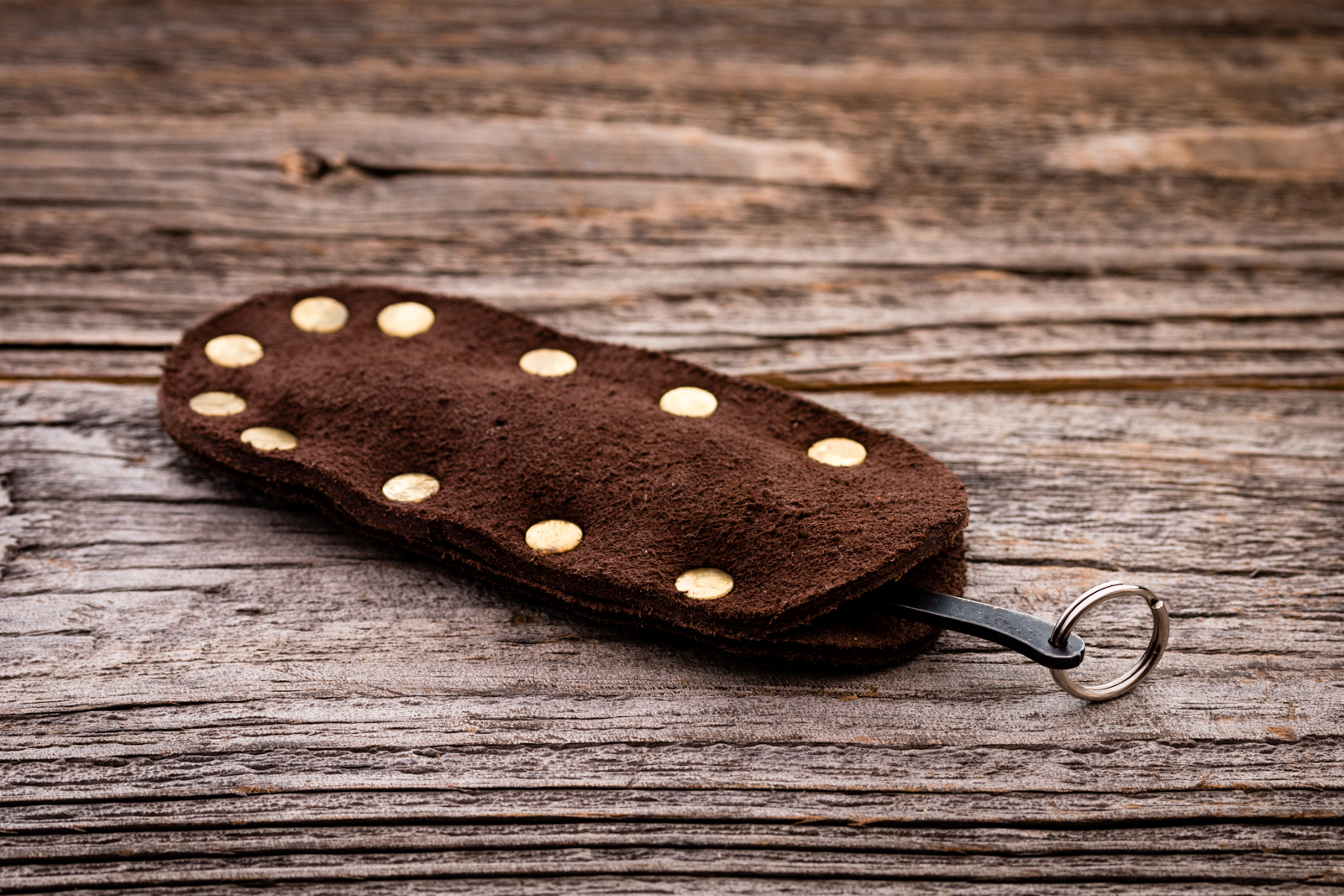 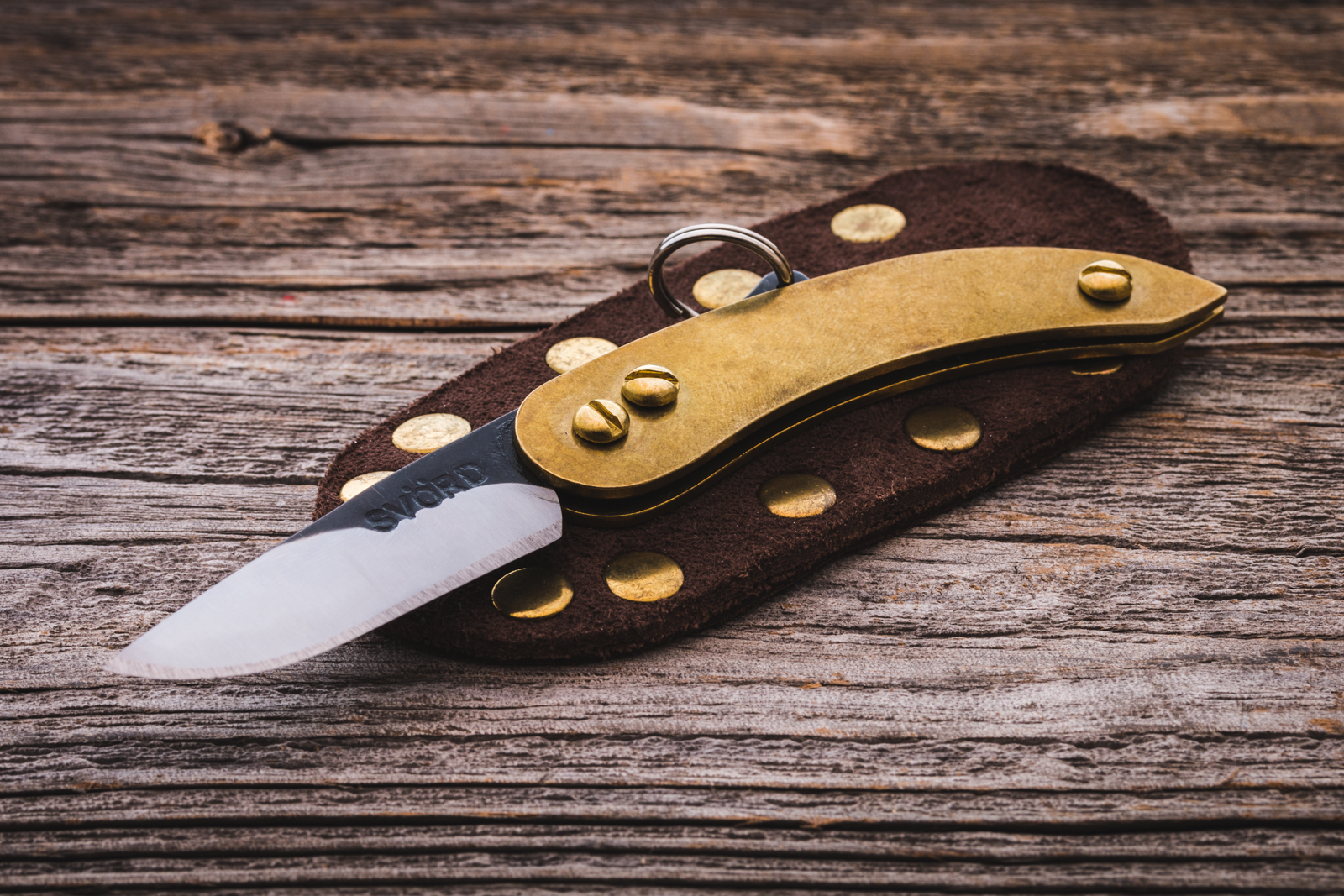 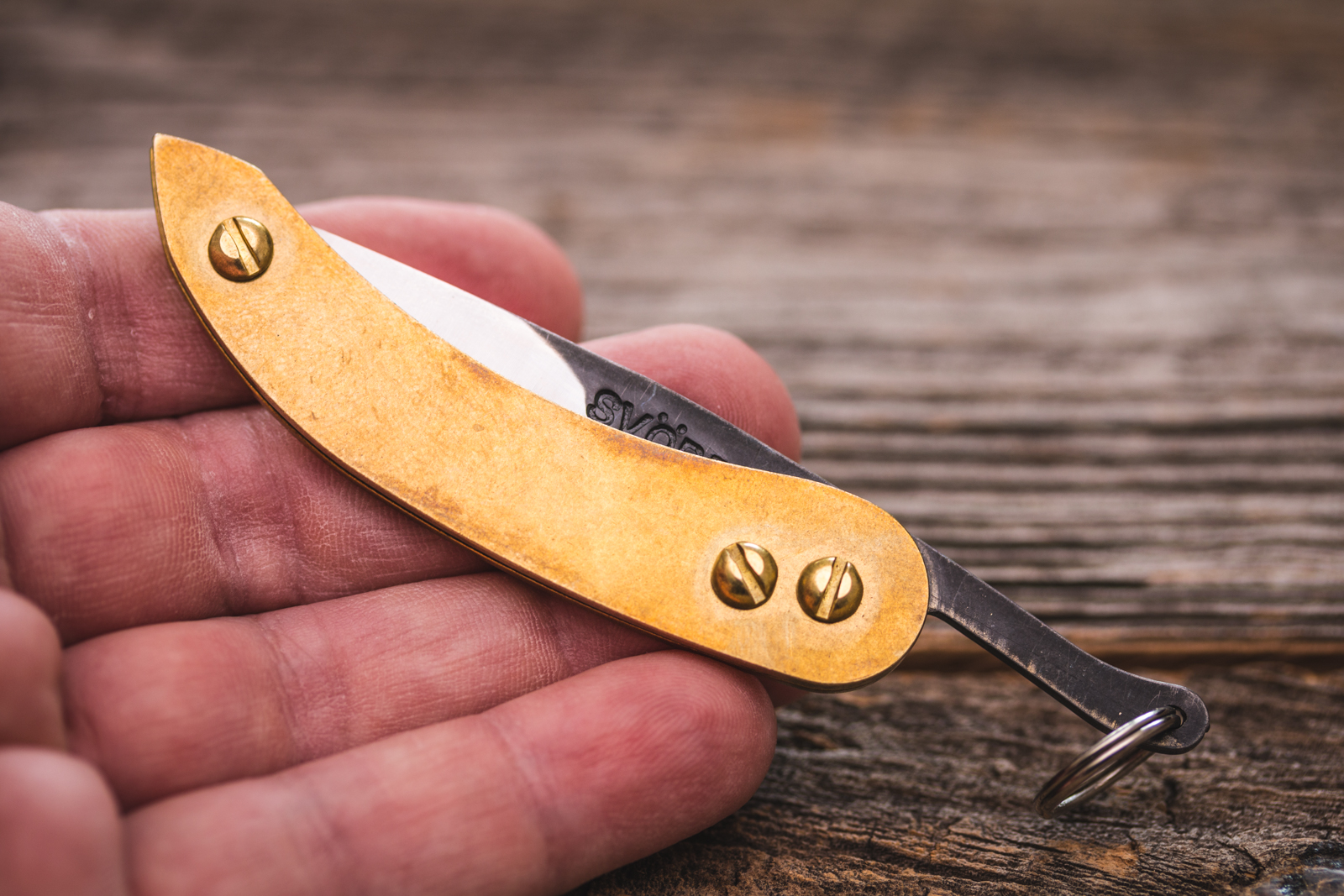 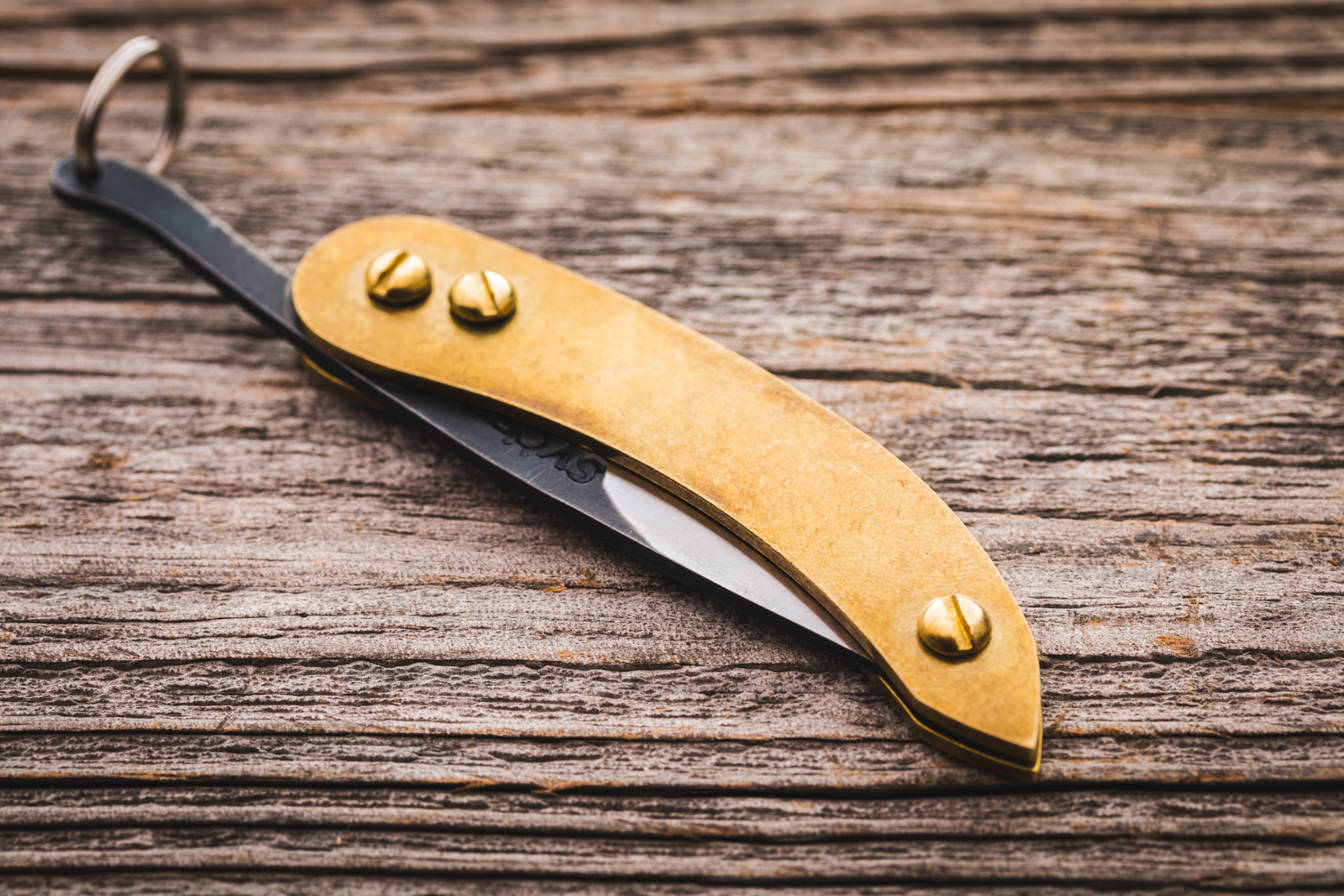 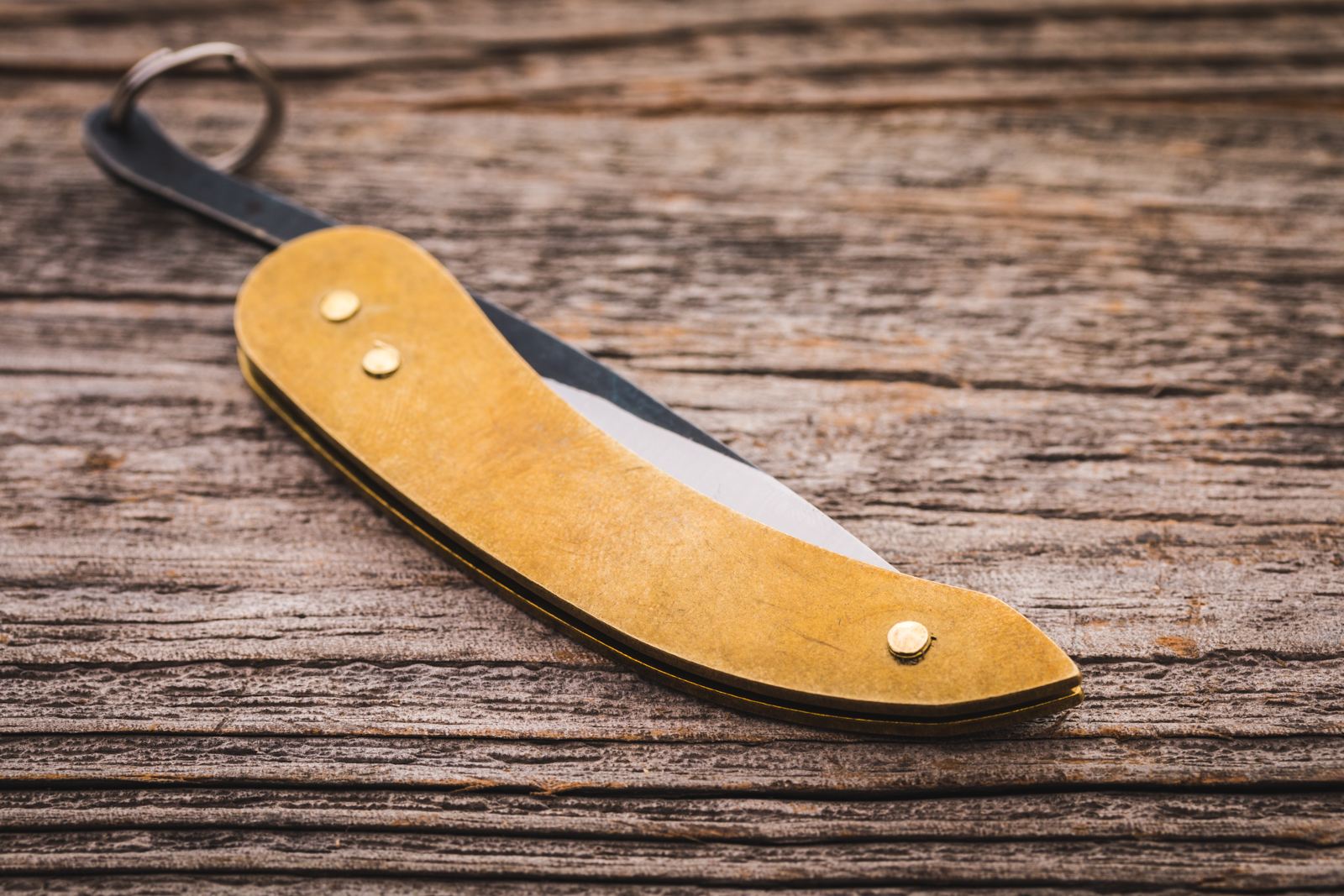