Let me start by saying that, personally, I am not interested in any self-defense tools at all. Although categorized as a tactical pen, the Böker Plus KID cal .50 is a decent writing instrument in the first place. It was designed by the German knifemaker Thomas Braunagel who had already worked with Böker in the past. The earlier Böker Plus model CID cal .45 was the first bolt-action pen that he and Rainer Wenning came up with.

The KID cal .50 is primarily characterized by its sturdy and compact construction. The body is CNC-milled from solid brass. The all-metal bayonet slide can be operated just as quickly as the classic push button and will most likely reignite your play instinct. Weighing in at 70 grams, the pen has substantial heft in the hand, which I like a lot. Much like any conventional ballpoint pen, the KID cal .50’s bayonet mechanism is based on a spring that is attached to the refill. Speaking of refills, the pen is compatible with Fisher Space Pen refills #PR4. The refill is replaced by unscrewing the cone tip.

The KID cal .50 is also available in titanium and aluminum. Plus, there is a version with a carbon-fiber body and titanium-coated aluminum end caps. 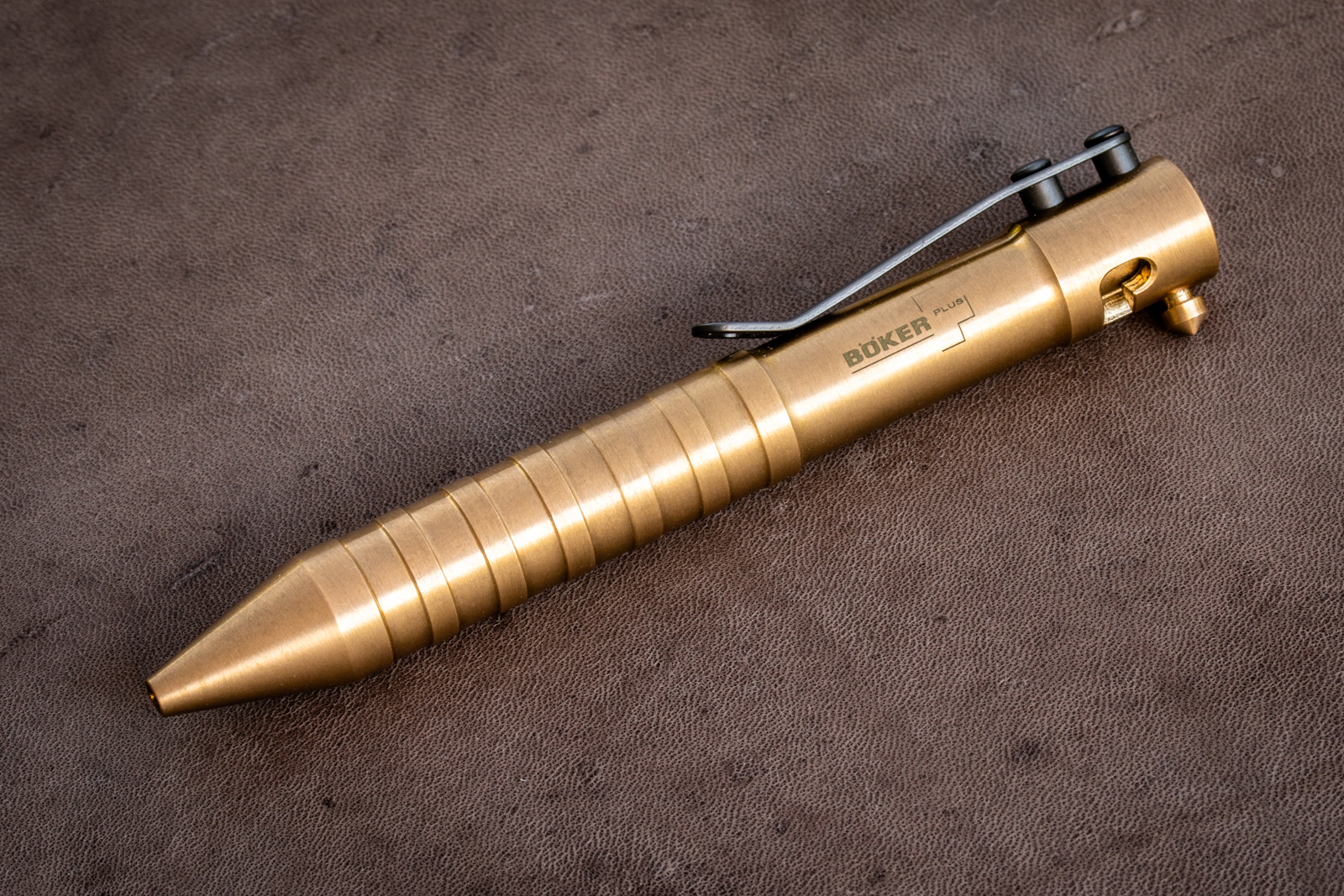 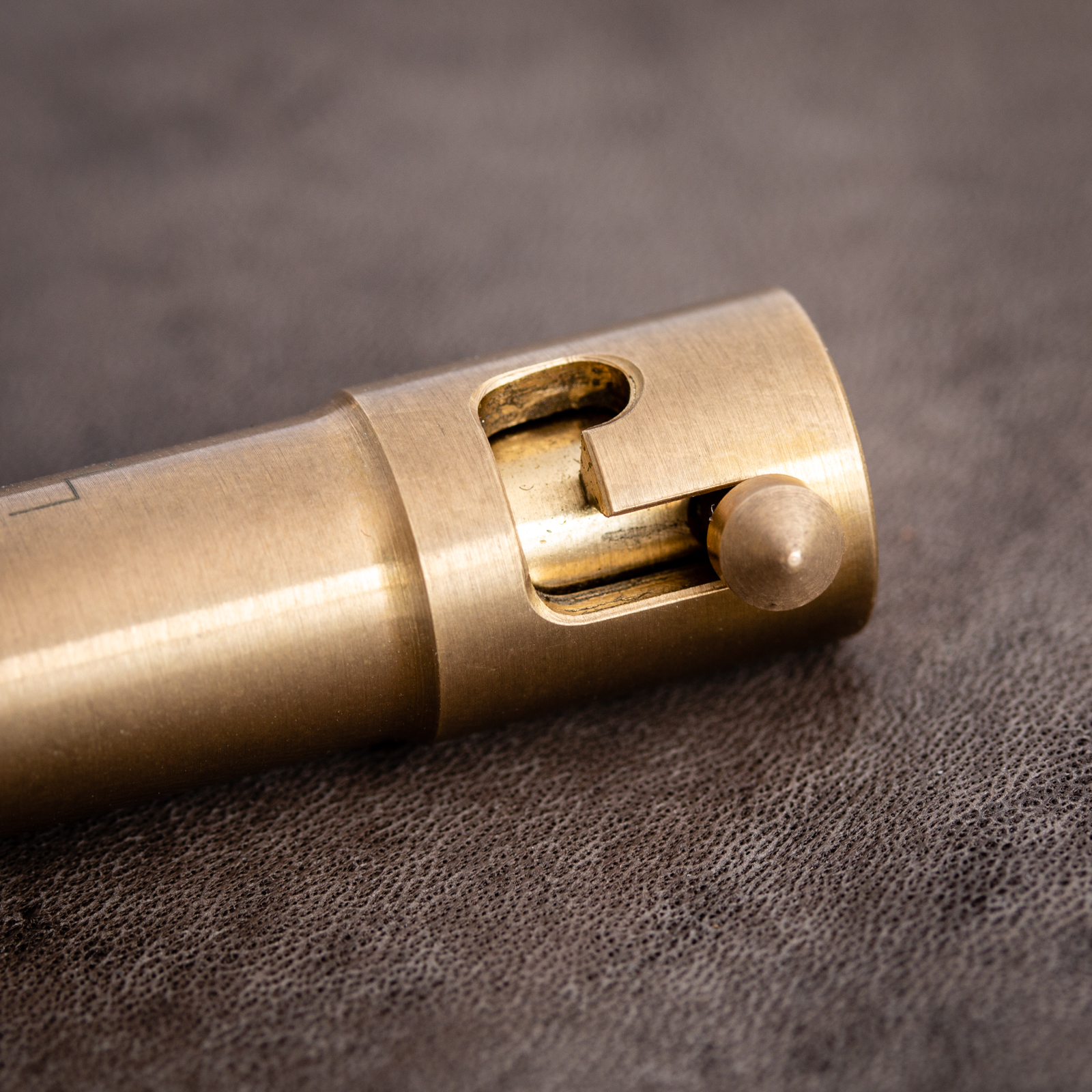 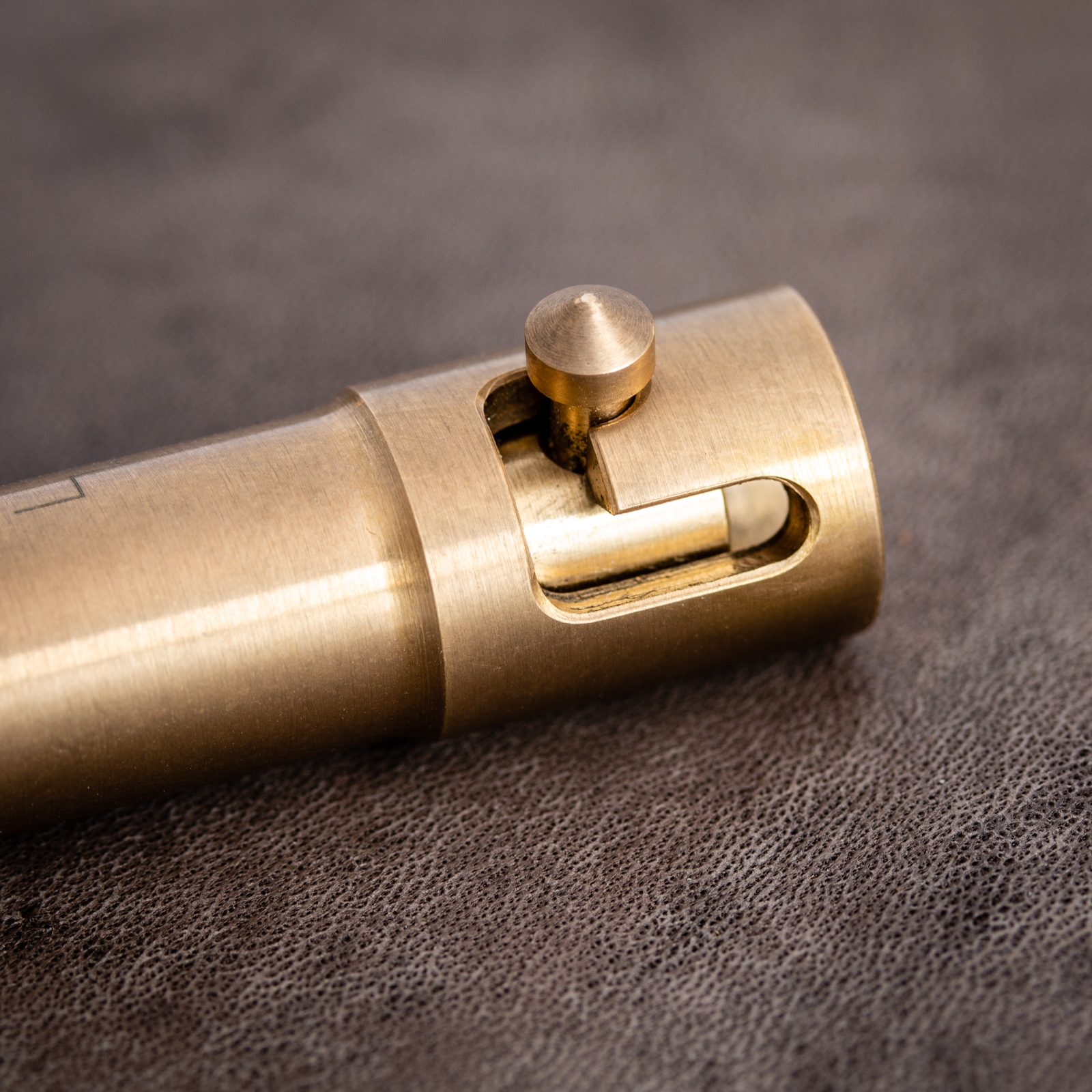 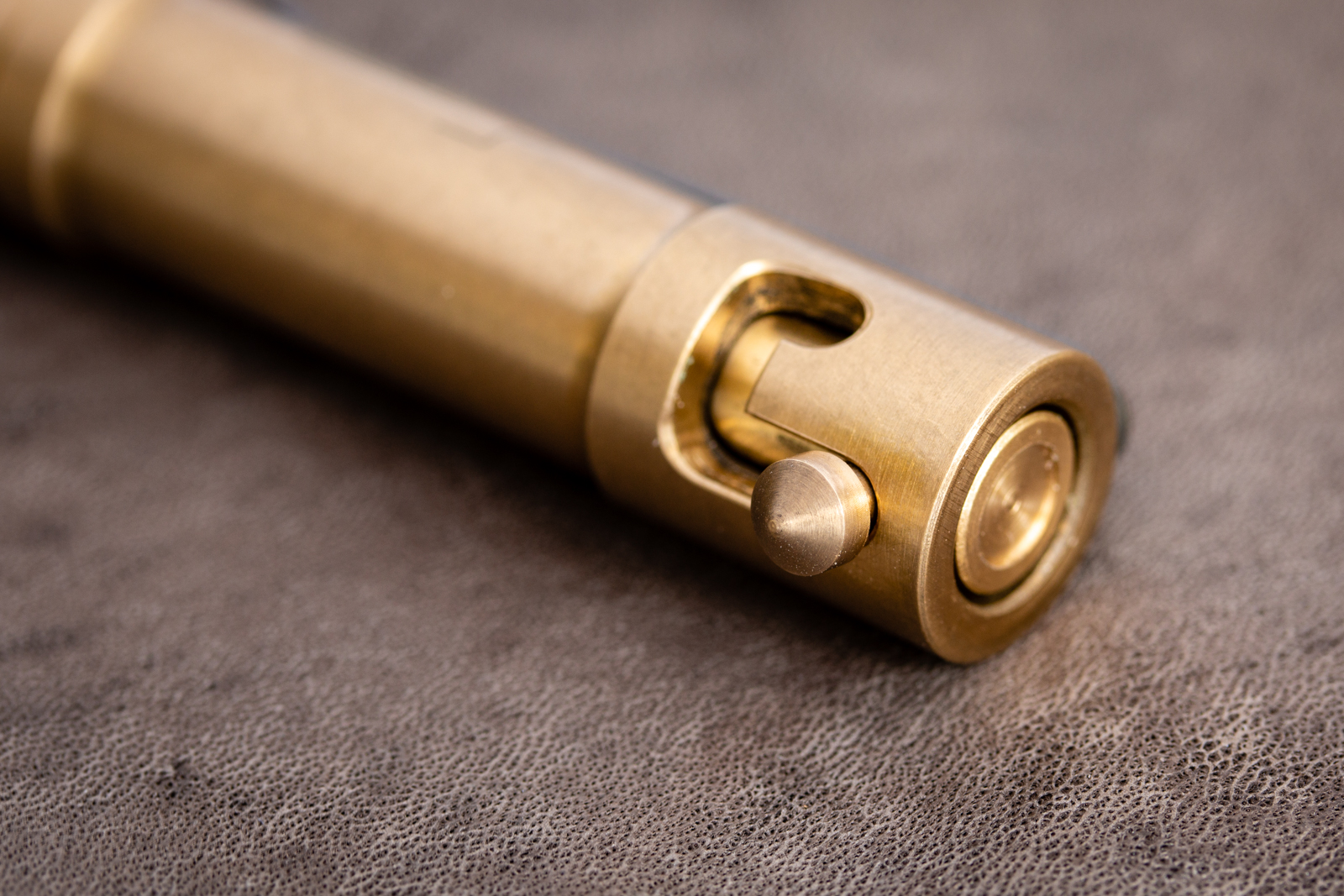 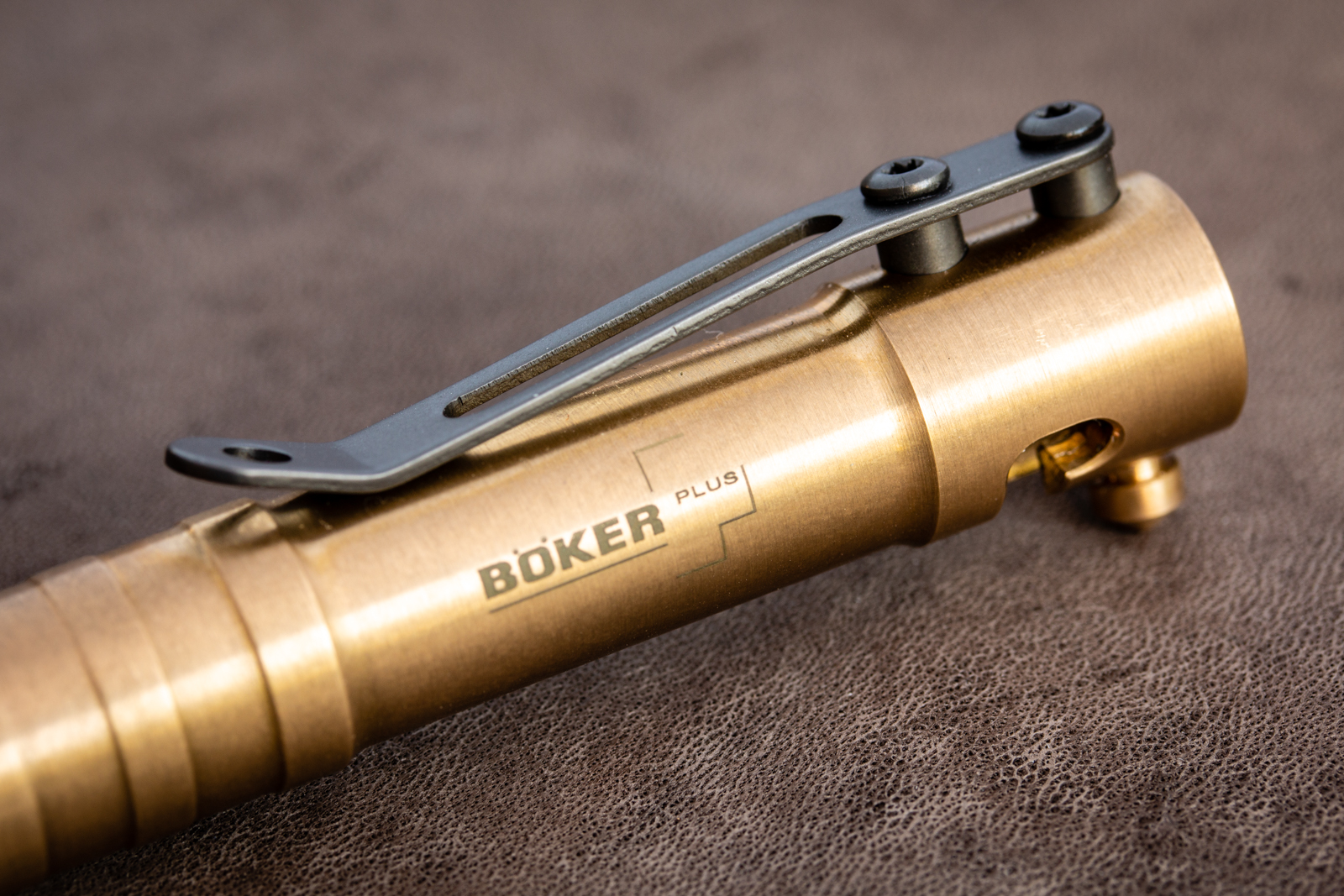 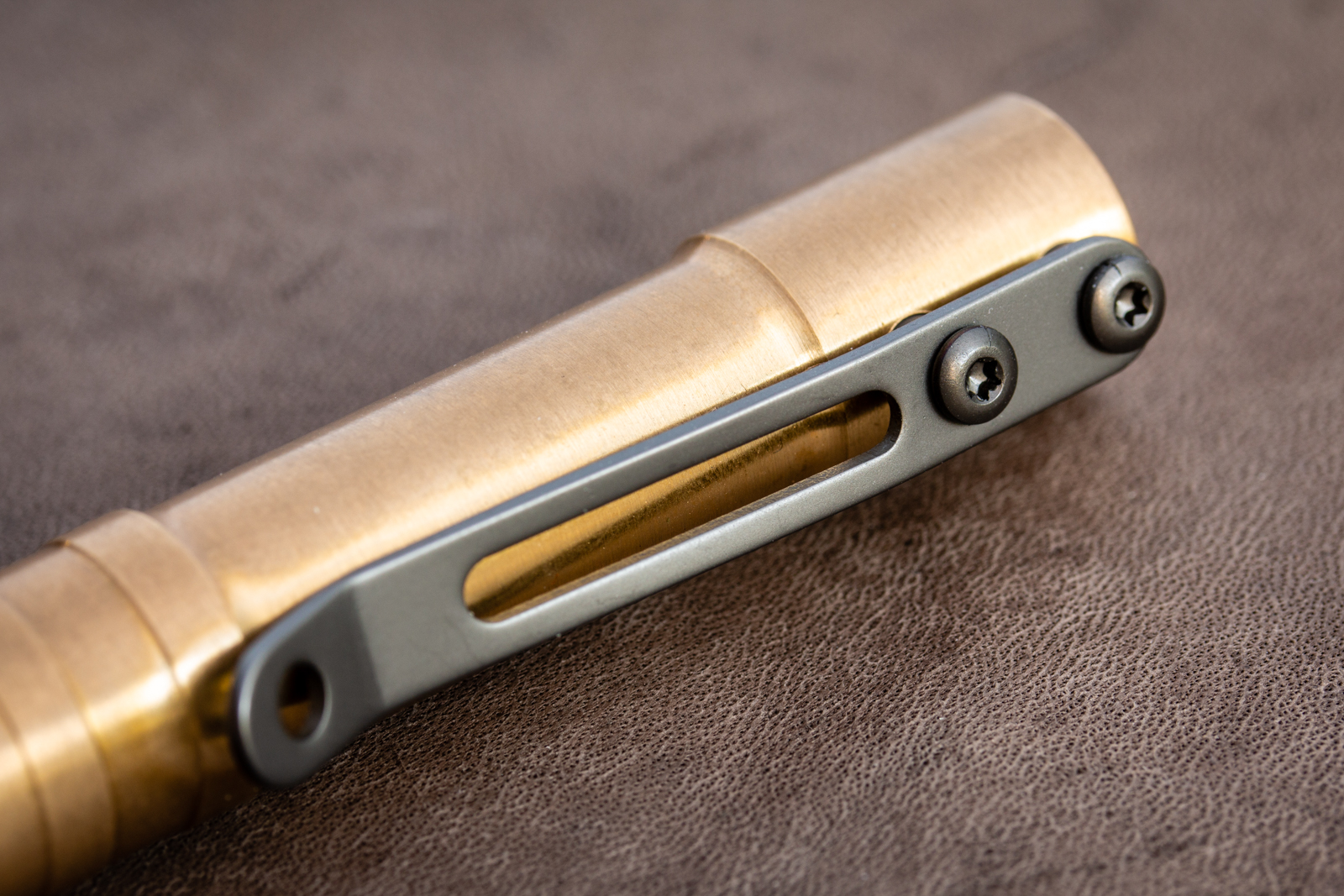 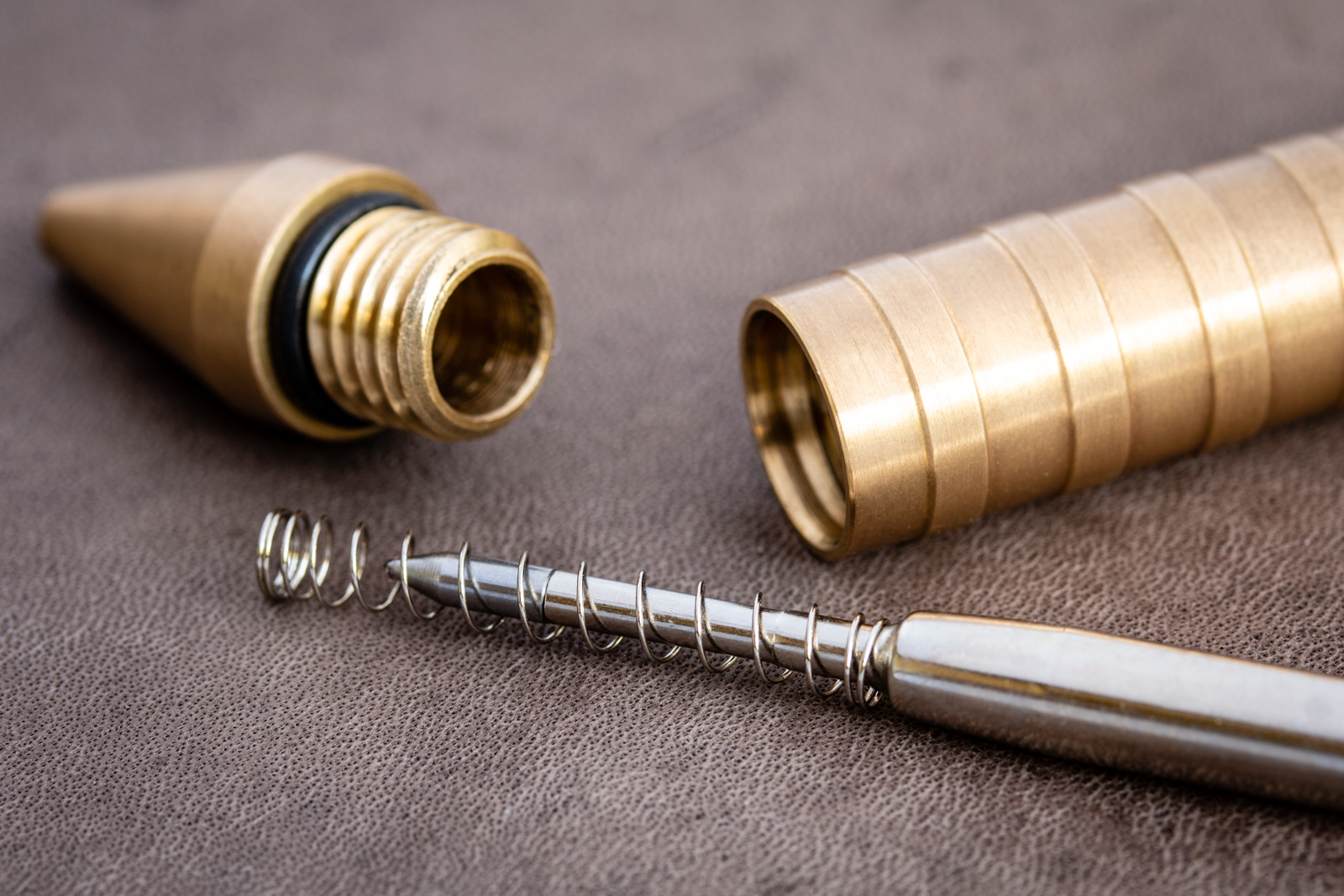 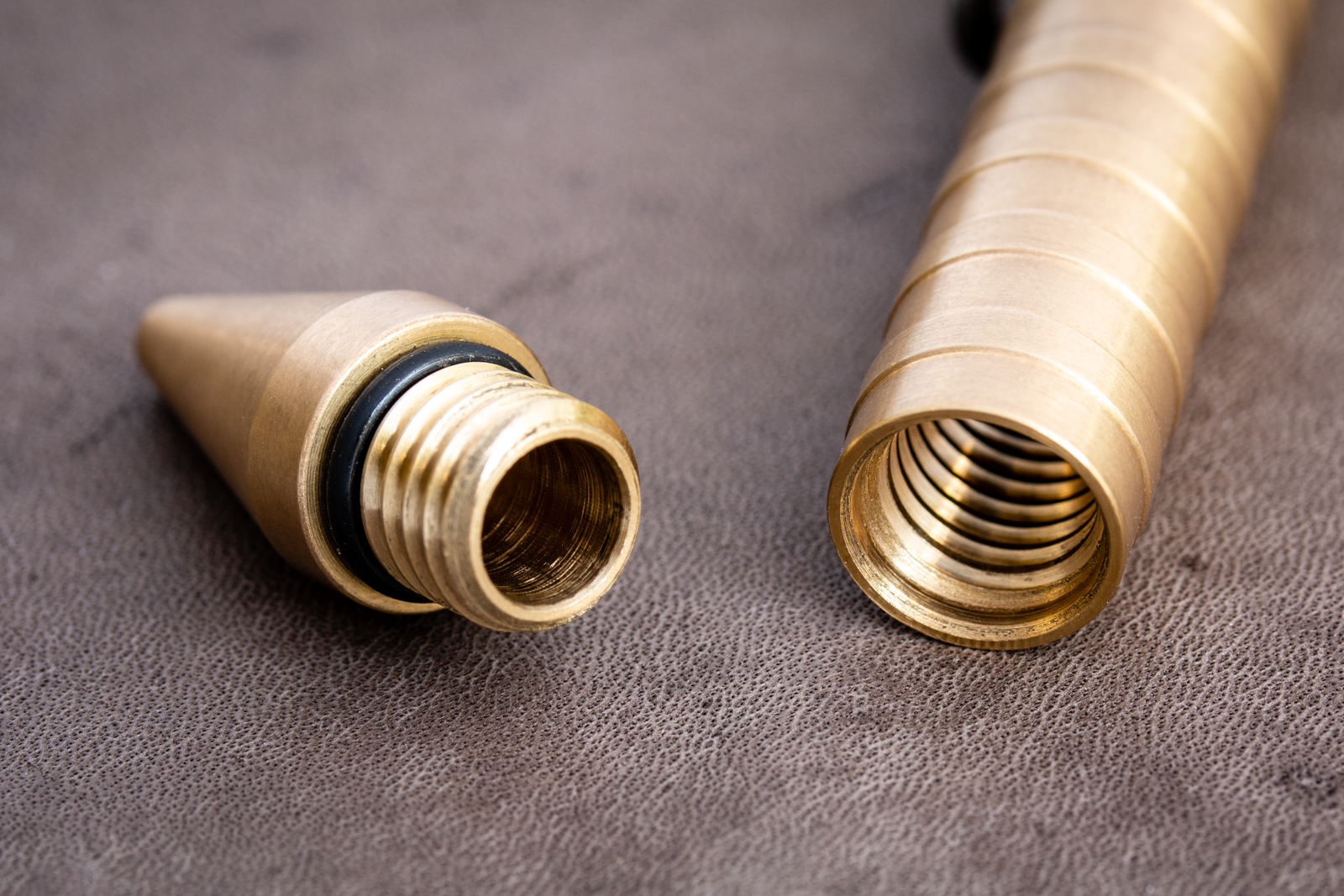 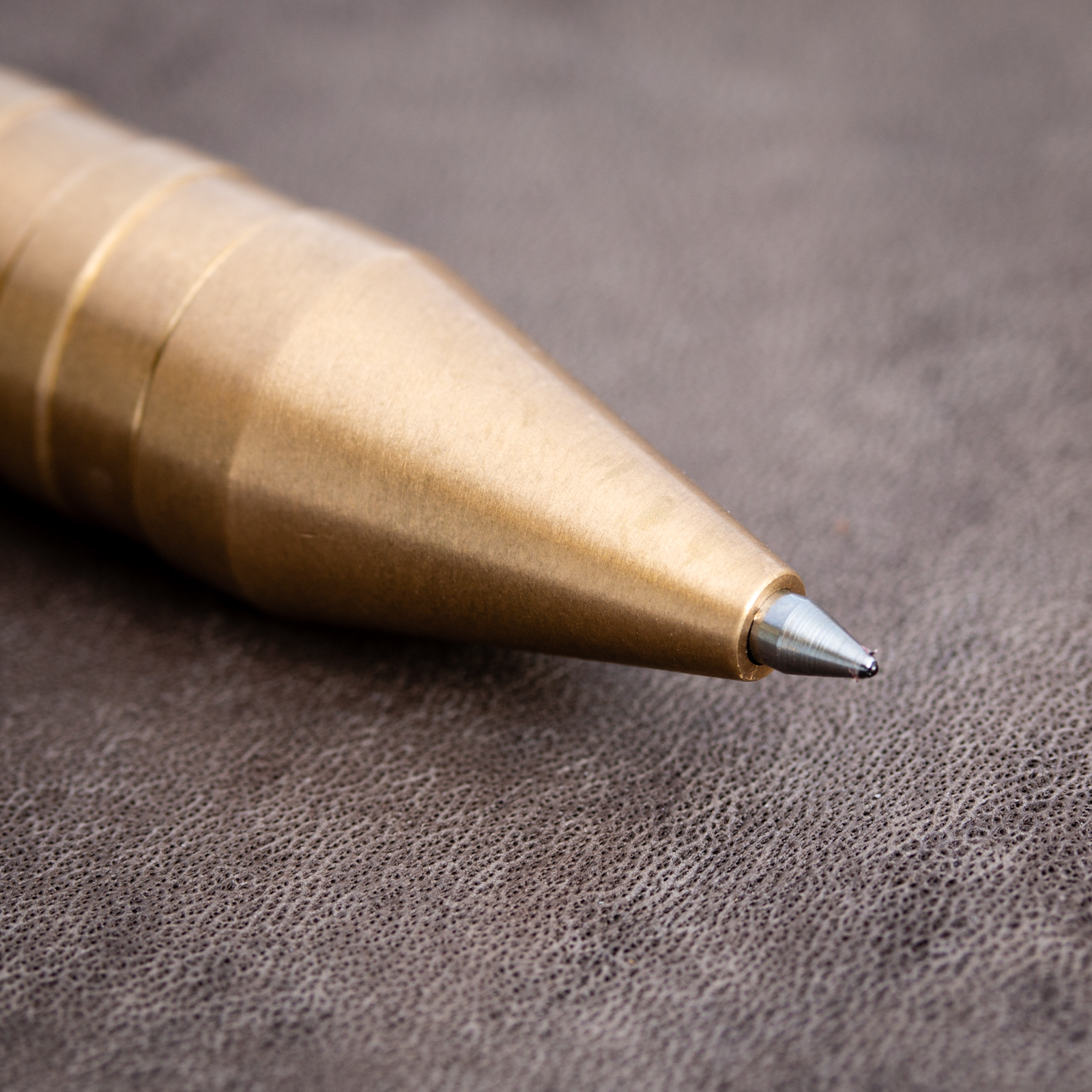 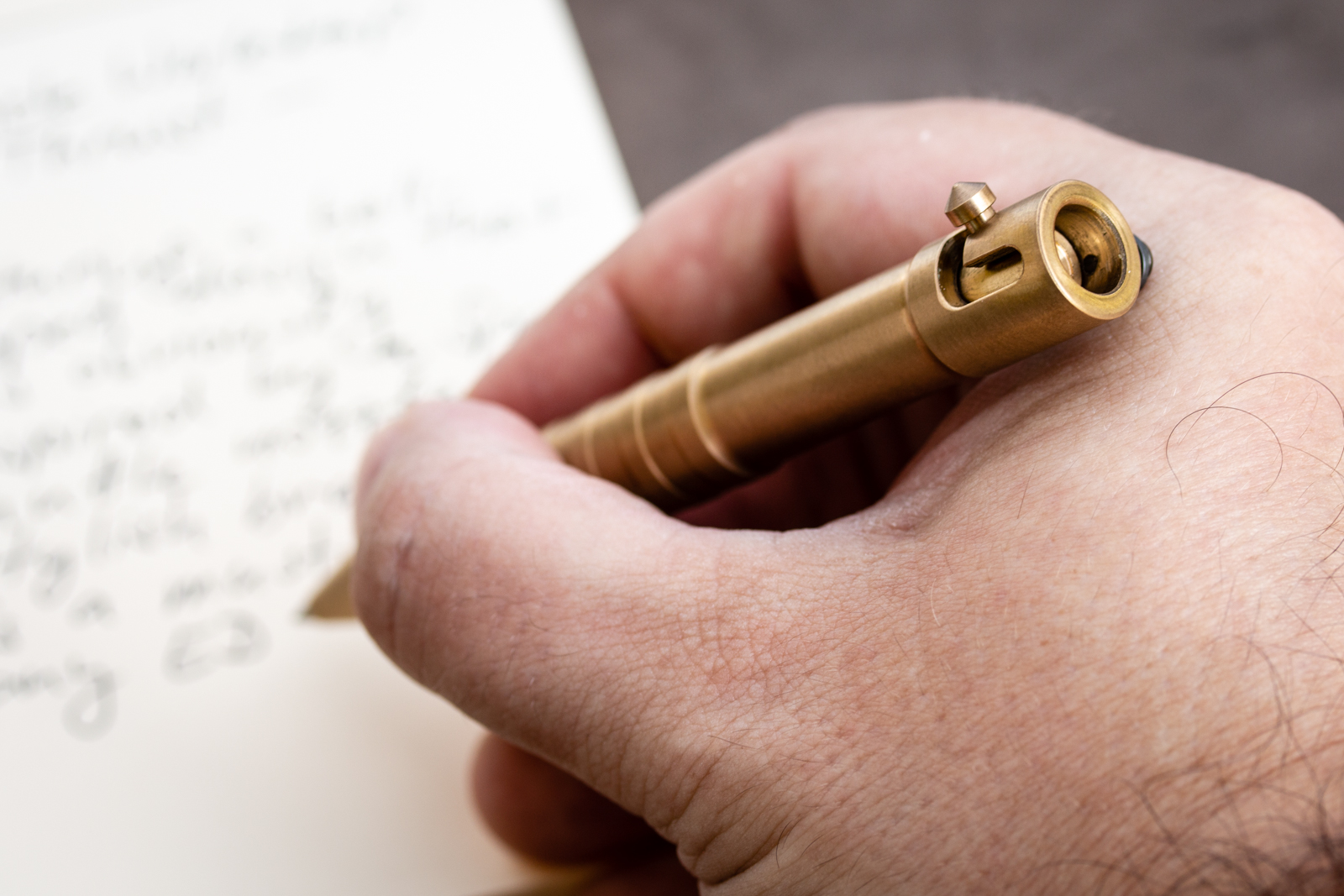 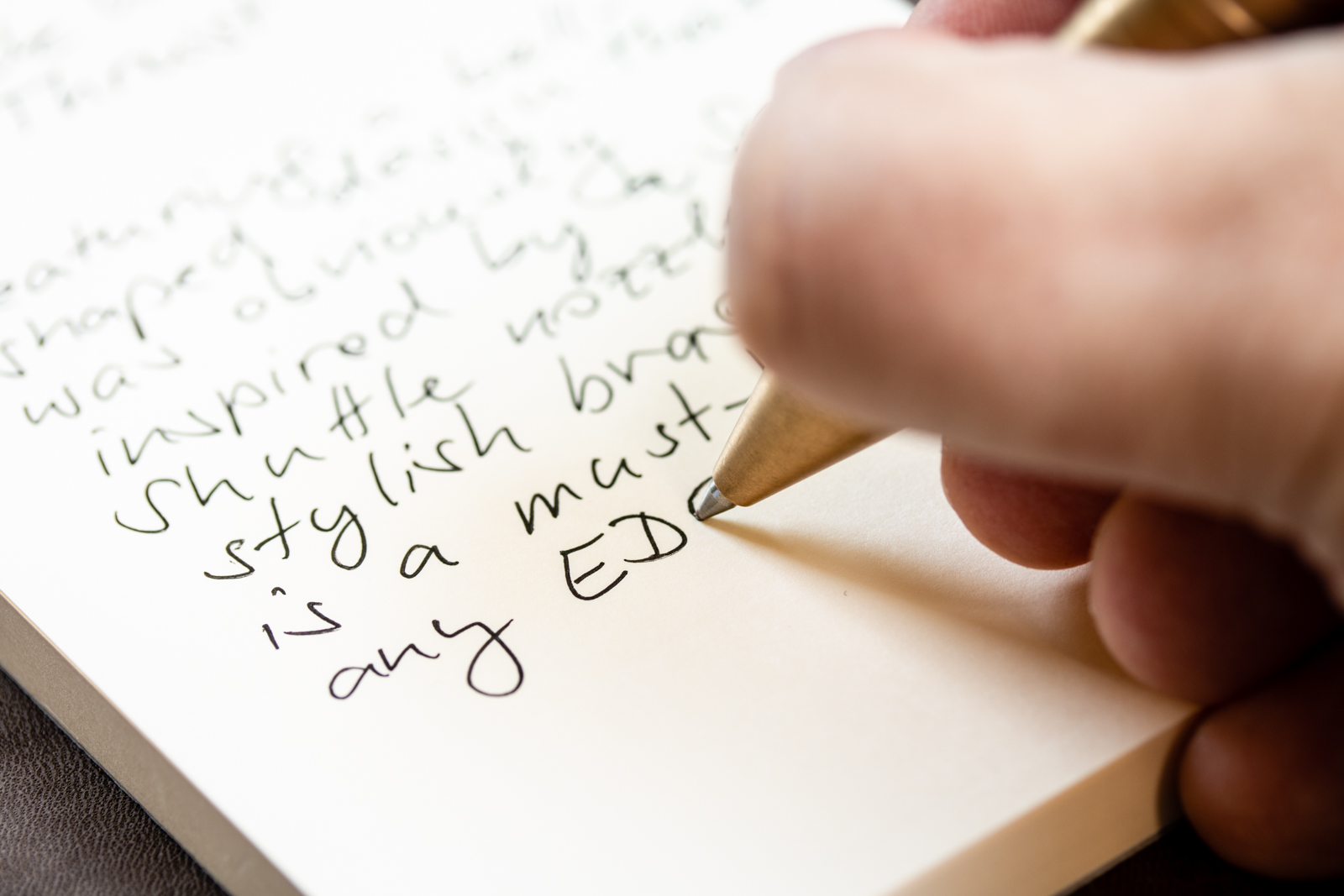 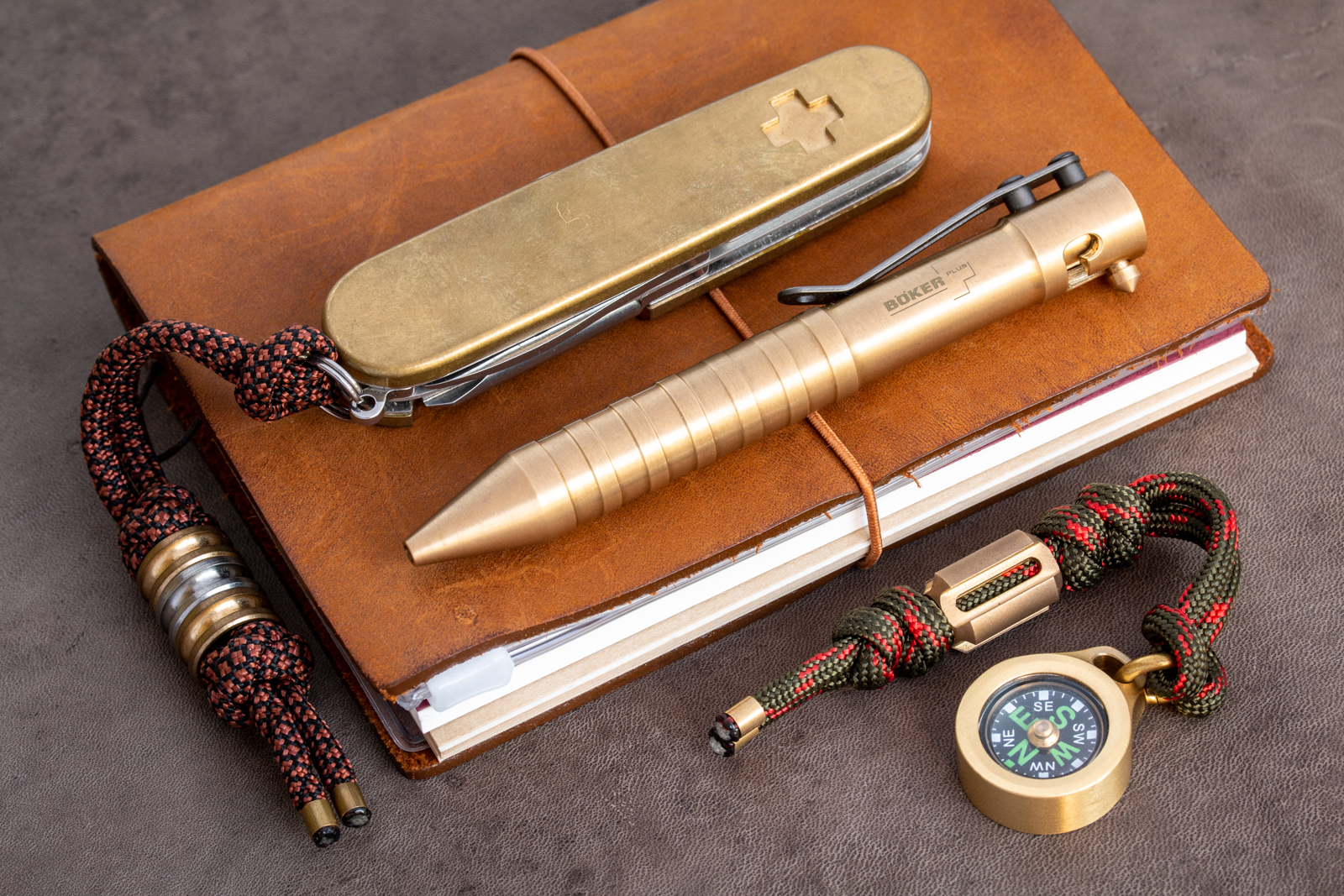