The Napoleon knife is the result of a collaboration between two traditional French knife companies, Cognet and Couperier Coursolle. The first one is famously known for the Douk-Douk knife, and the second one is the manufacturer of the popular motif or sujet knives. The numbered edition is limited to 1,815 pieces.

The rebirth of this historic French knife is a remarkable case of good fortune. Originally, the knife was introduced around the year 1800 by the famed Thiers-based cutlery company Soanen Mondanel. In the 18th and 19th century, they specialized in knives that displayed political and artistic personalities of the time, including Napoleon Bonaparte. After Napoleon’s defeat in 1814, King Louis XVIII of France decreed that all symbols of the former emperor should be destroyed. But instead of destroying the molds for the Napoleon knife, the cutlers at Soanen Mondanel buried them in the garden. Maybe they expected Napoleon’s return from exile on the island of Elba. However, the molds fell into oblivion later on.

A few years ago, Pierre Cognet, the then owner of the cutlery workshop, dug up the garden and found the bronze molds from which the original knives had been made. The molds were in amazingly good condition, and so Pierre Cognet decided to team up with Jean-Marc Couperier to release a limited edition of the Napoleon knife. The number of 1,815 pieces alludes to the year 1815 when Napoleon lost the battle of Waterloo.

Both brass handle scales display the French emperor, attired in his military uniform with his famous hand-in-waistcoat pose. Also clearly visible is the characteristic bicorne hat, which he always wore sideways in order to be recognized on the battlefield. Above his head is a round laurel wreath with “N” initial, below his feet are two more symbols of Napoleonic heraldry, the French imperial eagle and the crossed scepters. 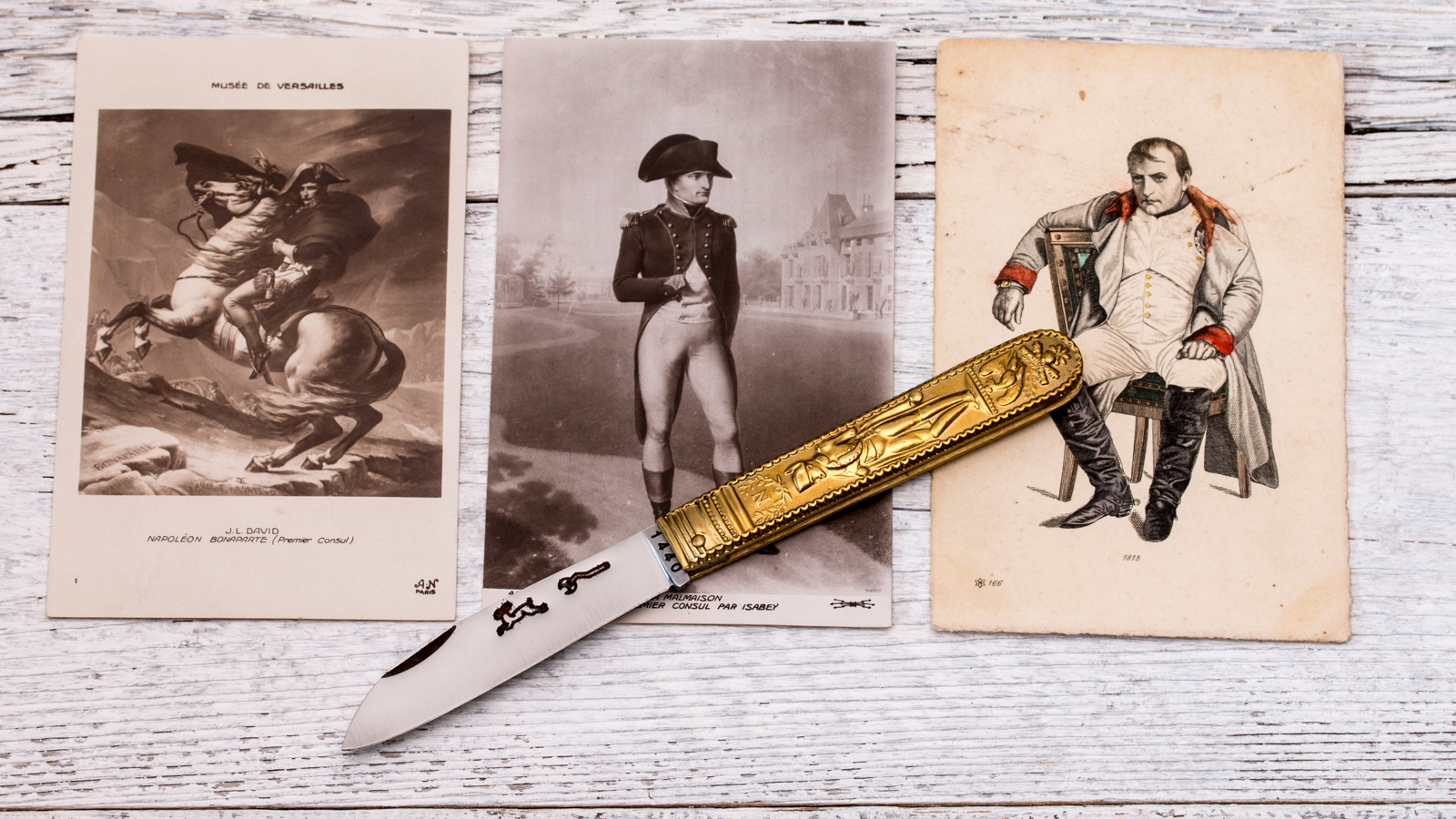 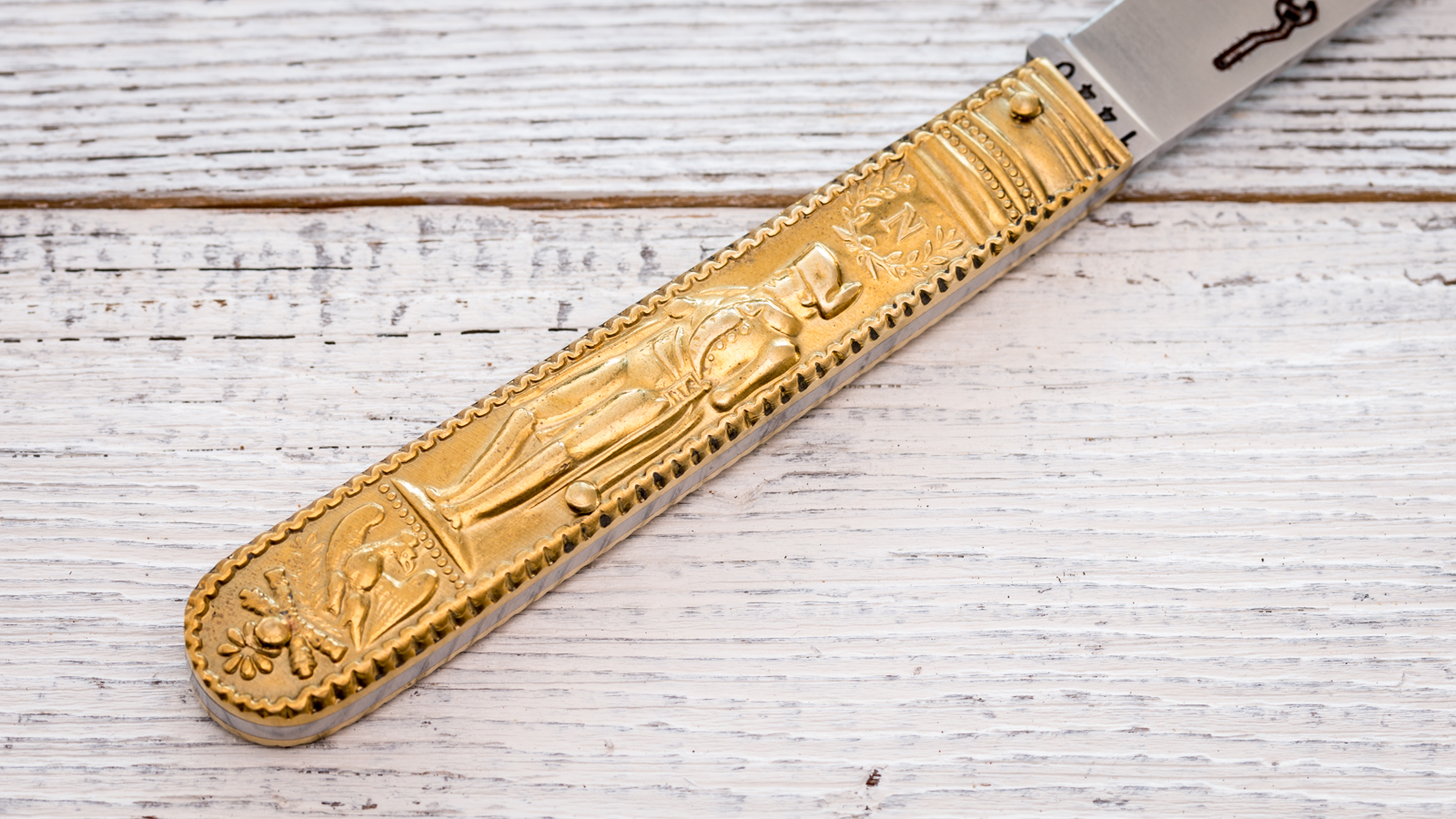 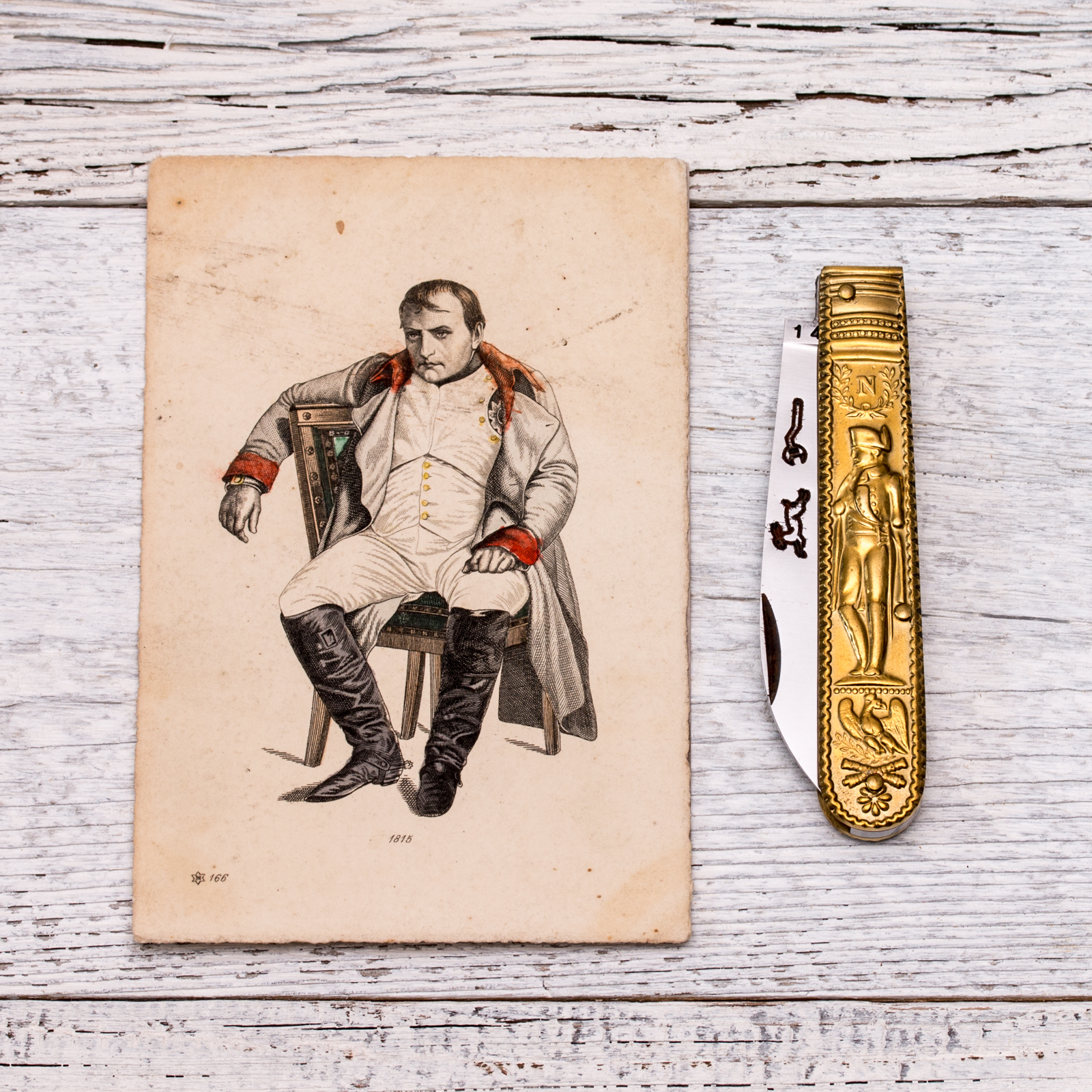 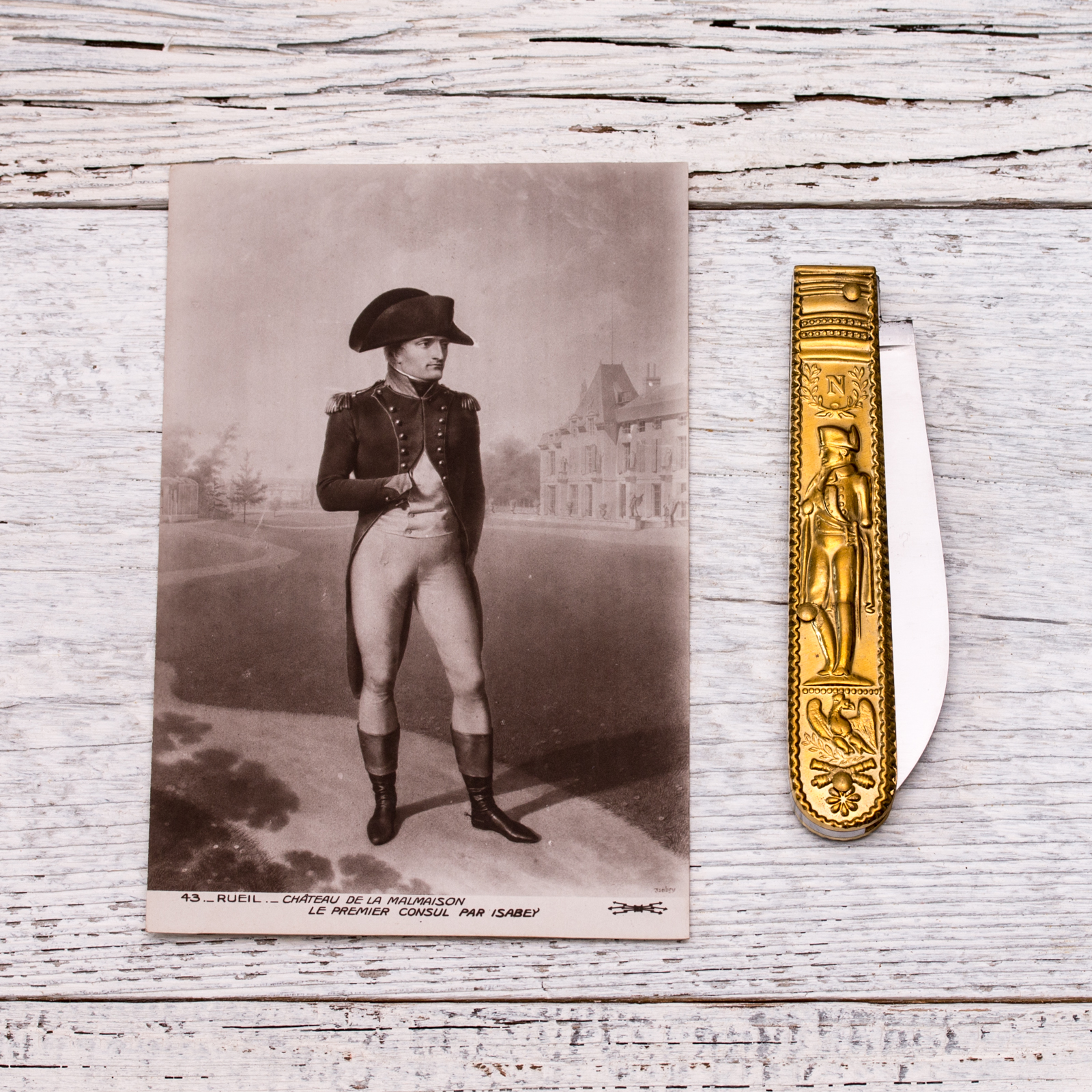 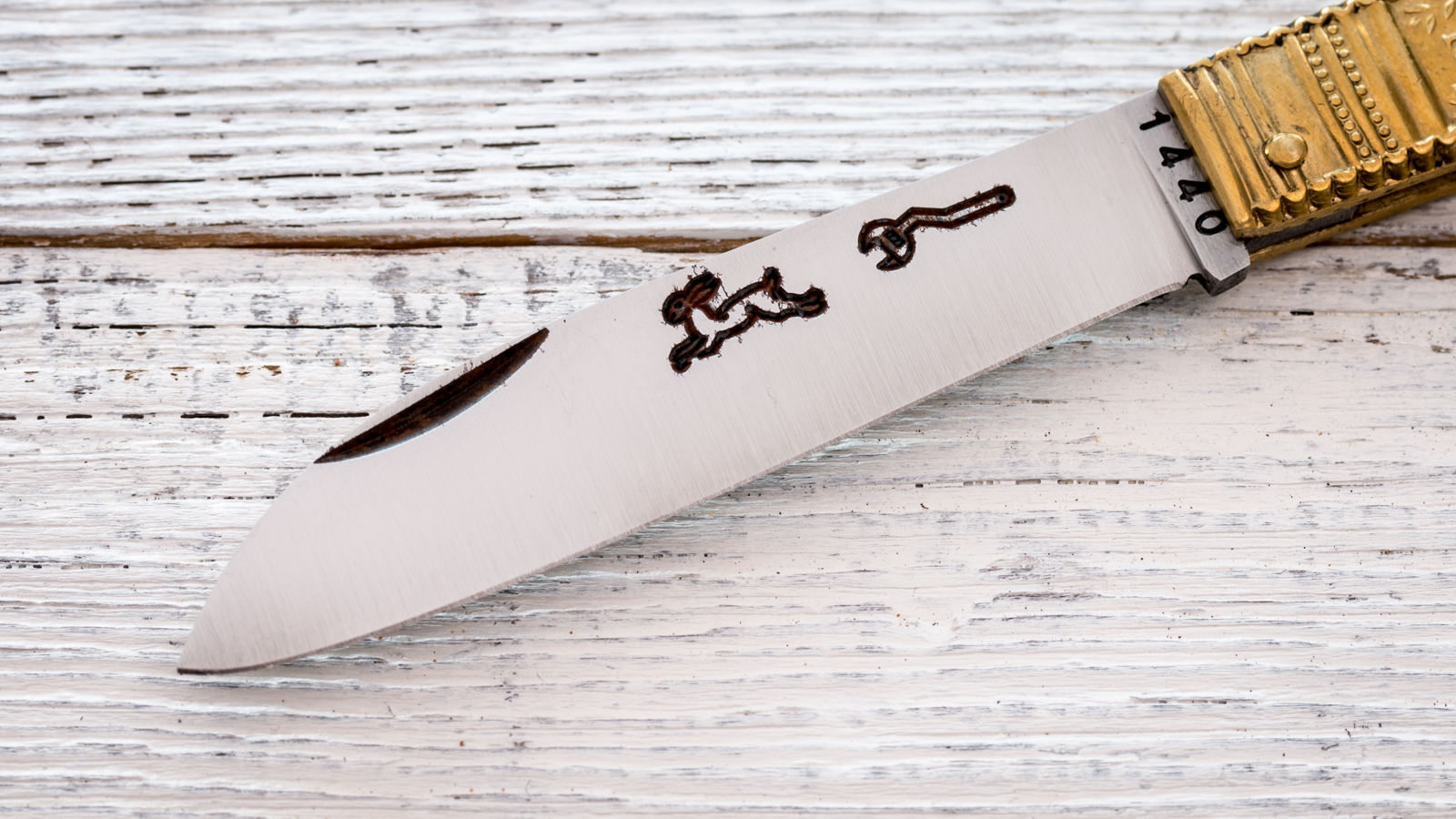 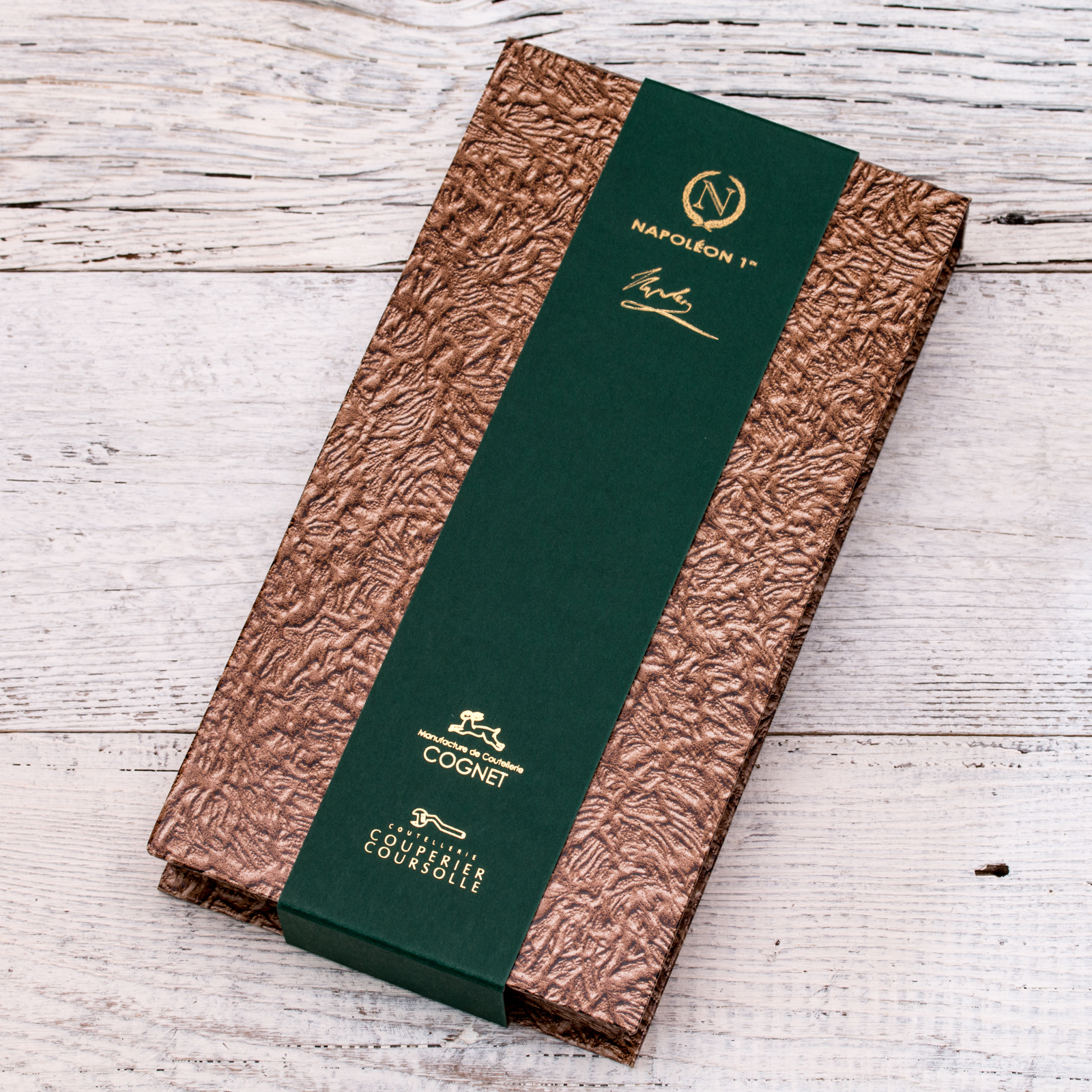