The Bullet Pen is the most iconic pen in the Fisher Space Pen lineup. Originally conceived in July 1948, the Bullet Pen became a design classic and is part of the Museum of Modern Art’s permanent collection. It is available in several materials, colors and finishes, including a version made from raw brass, which will gain a gorgeous patina with time and use.

When capped, the Bullet Pen is short and compact. A rubber O-ring at the base of the pen’s grip seals the cap in place. Because of its small size the pen can easily be stored in about any pocket, wallet or bag. With the friction-fit cap posted, the pen is 135 millimeters long and provides a comfortable writing experience. But what makes this pen really unique, apart from the design, is the pressurized ink cartridge.

It is said that in the days of the space race between the USA and the Soviet Union, NASA spent a large amount of money to develop a pen that would work in zero gravity, while the Russians just gave their astronauts pencils. In fact, this is an urban legend. Fisher’s pressurized ink cartridge was developed independently in the 1960s and was later adopted by NASA. The ink is forced out by compressed nitrogen at a pressure of 240 kPa (35 psi). The ink cartridge works in temperatures from -35 to 120 °C (-30 to 250 °F), underwater, in zero gravity, at any angle, and even upside down. 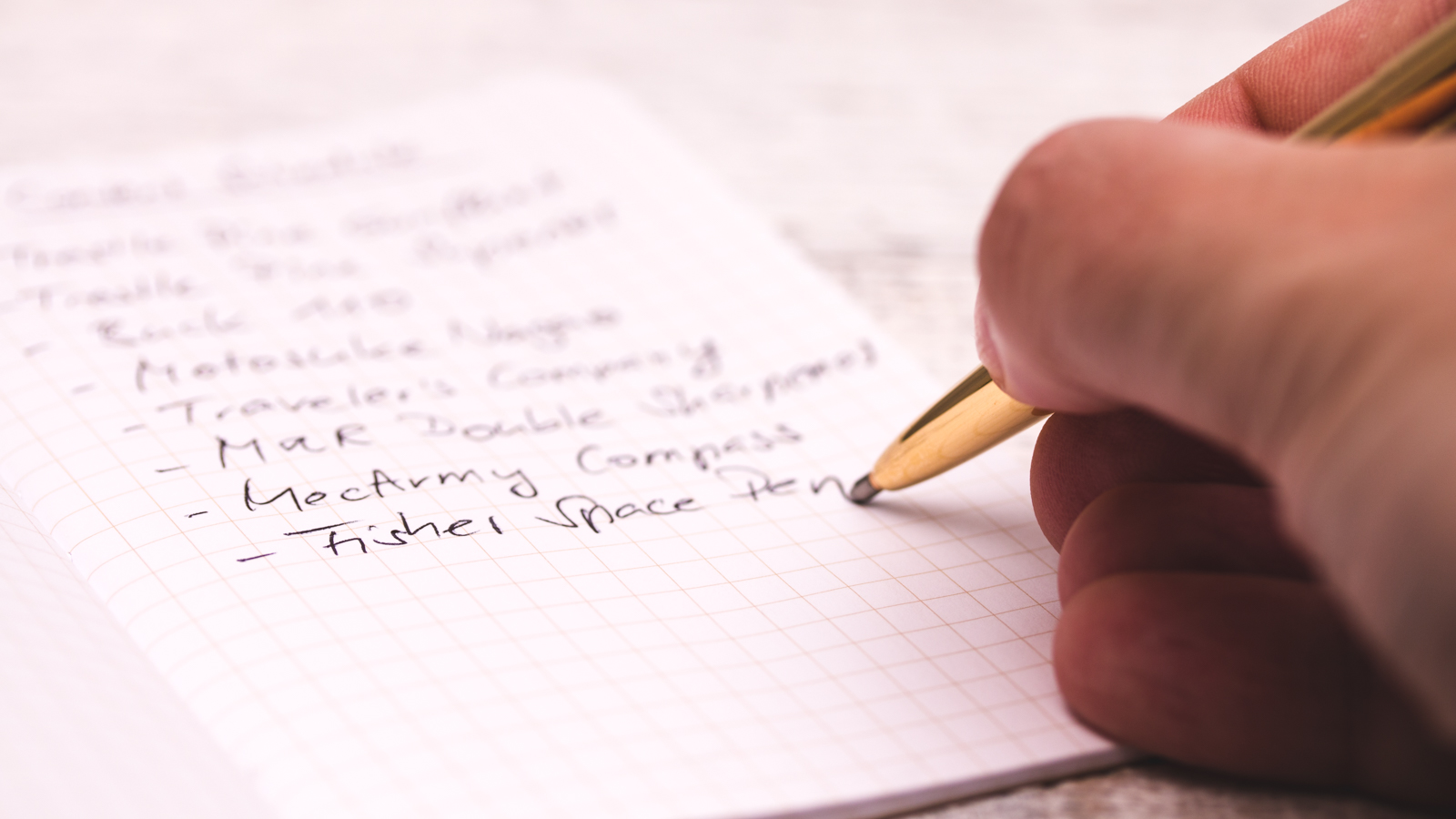 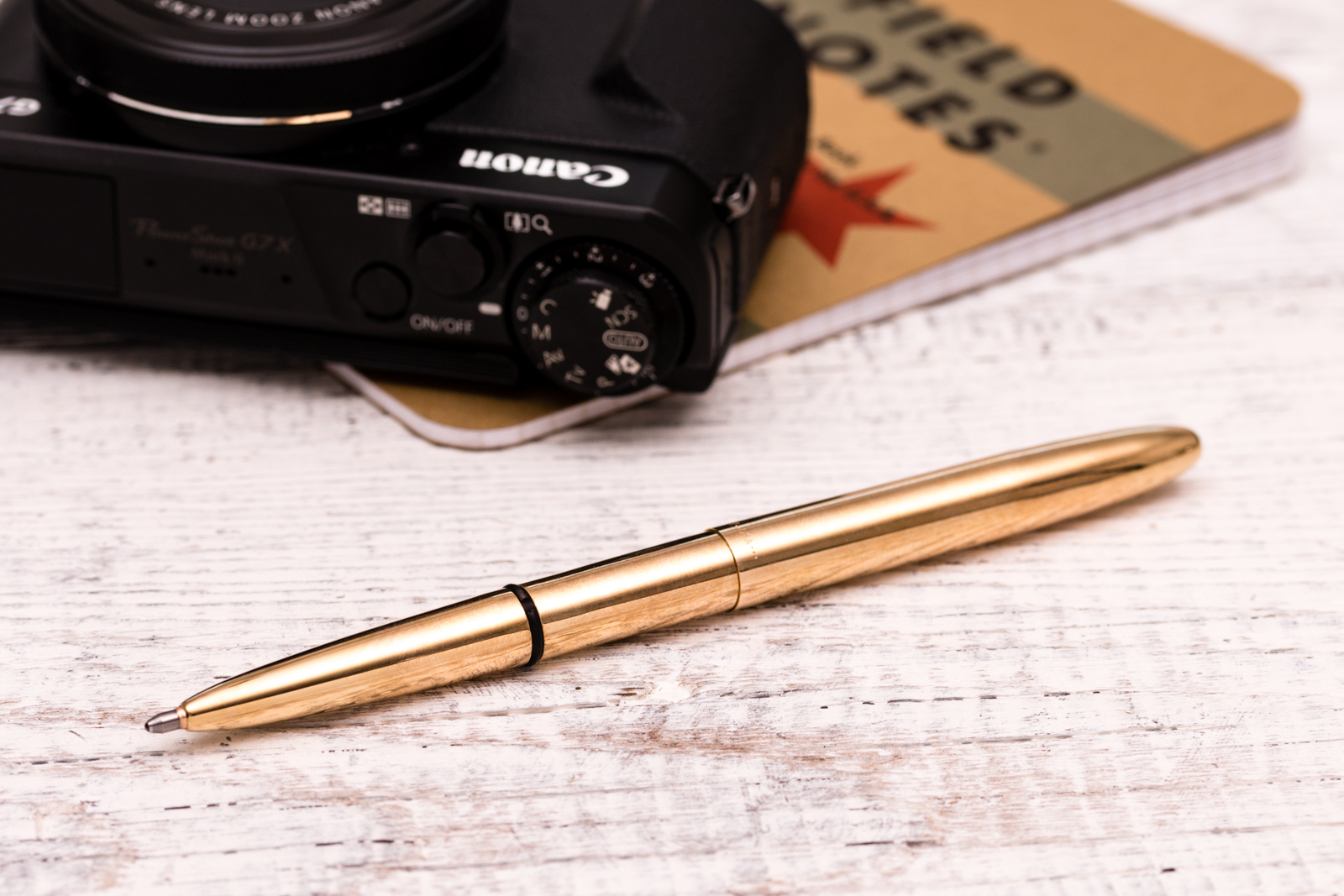 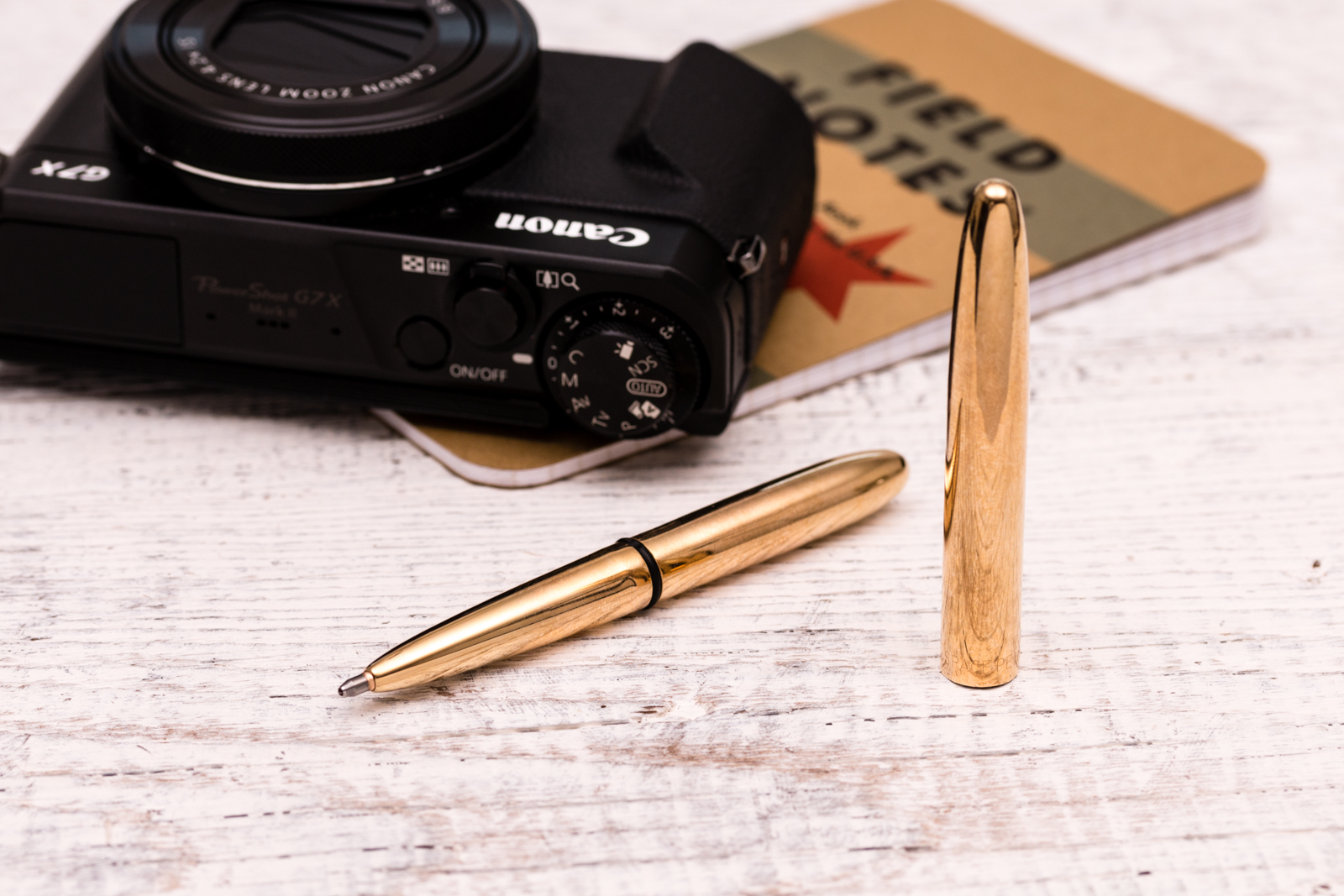 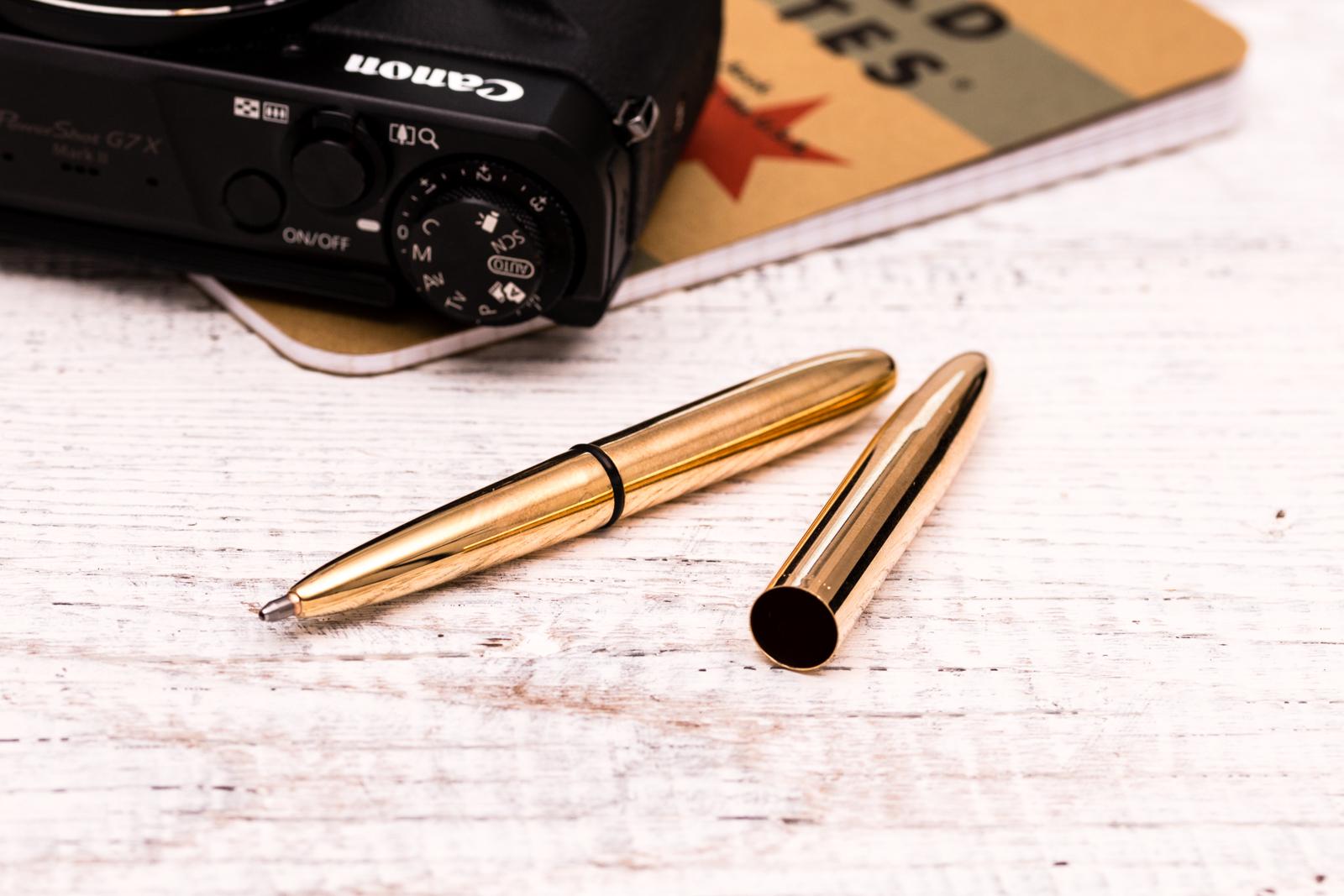 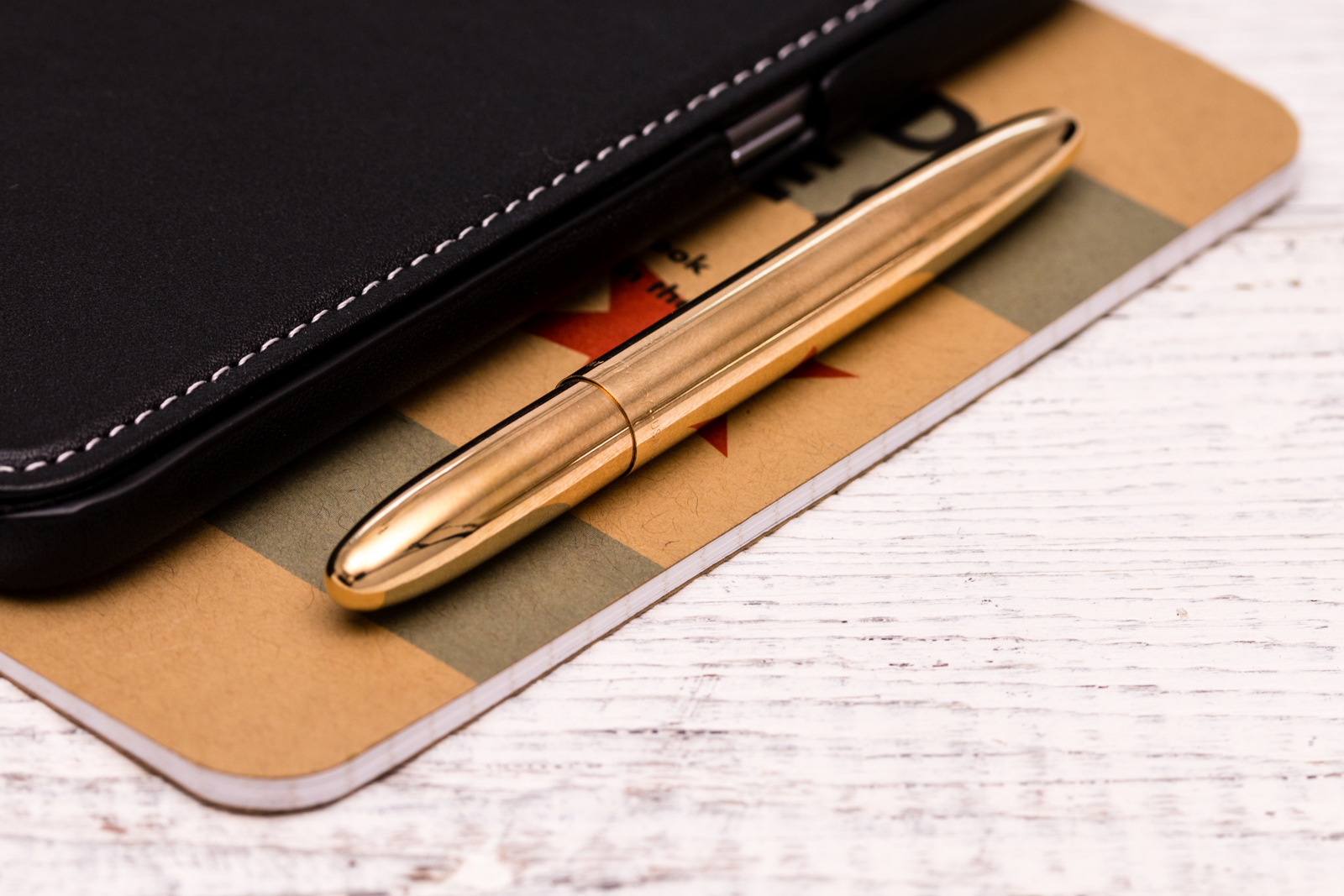