If you are into lightweight EDC gear, brass is not the right material for you. The density of brass ranges between 8.4 to 8.73 kg/m³, which is almost double the density of titanium (4.52 kg/m³). But if you like the bright gold-like appearance of brass or appreciate the aged look of patinated brass, you are probably willing to accept the weight penalty. Brass always adds an elegant touch to your gear.

The four items I selected for this EDC kit are fairly affordable and readily available in most countries. The total weight amounts to a moderate 146 grams. I consider it a great “starter kit” for prospective brass enthusiasts. 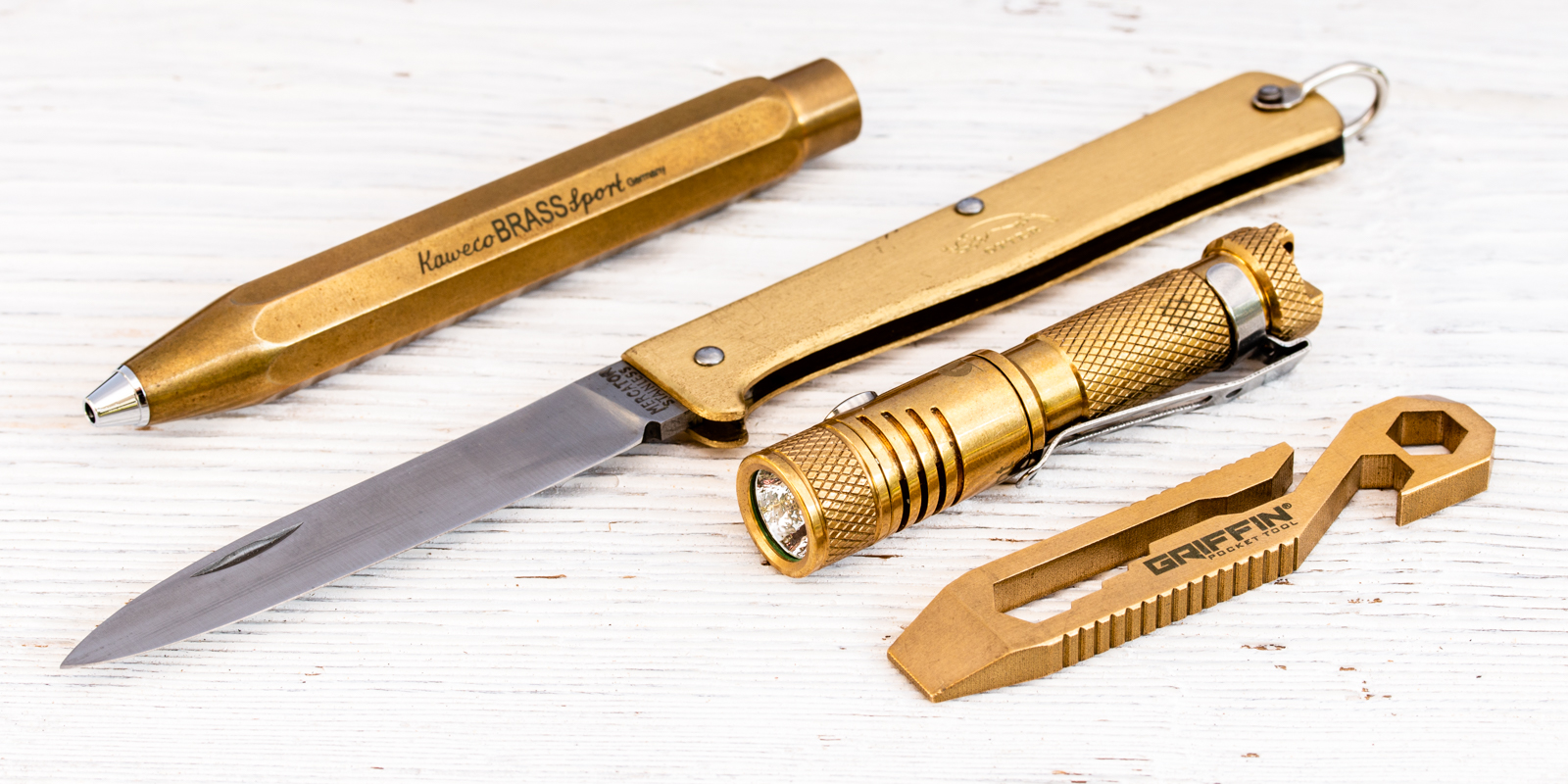 I hope you like this kit. Please let me know what you think in the comments section below. 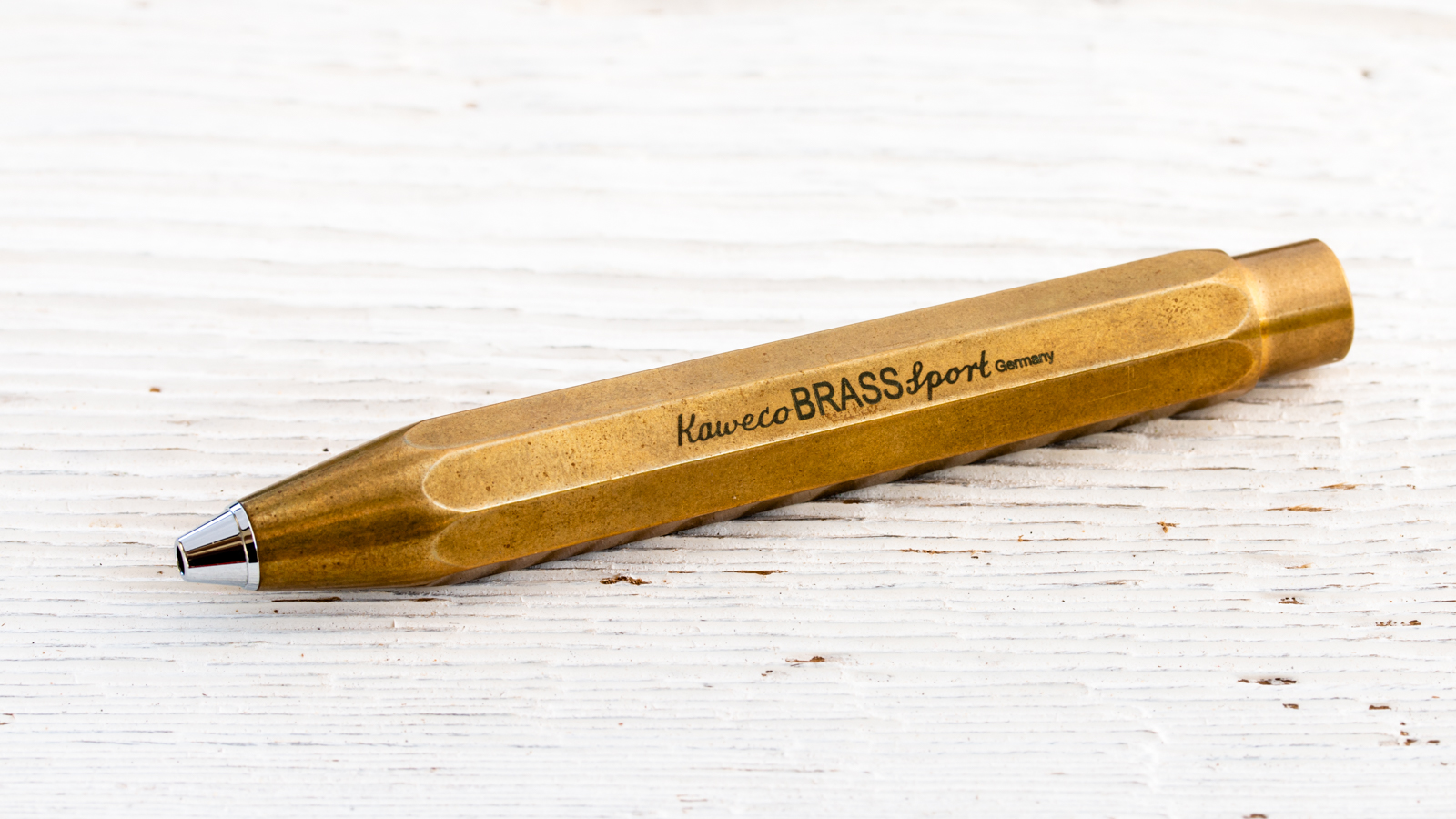 As for the writing instrument of this kit, I chose a ballpoint pen. Of course, a ballpoint pen does not have the writing flair of a fountain pen but it is more convenient to use and less prone to leakage. Kaweco’s Brass Sport ballpoint pen is a German design classic. First introduced in 1935, the iconic octagonal shape creates a unique style and makes the pen stand out. Weighing in at 34 grams, this pen has a great feel in the hand. It features a push button mechanism and accepts standard D1 refills.

The Mercator knife is another German design classic, not so much for its elegance, but for its simple and functional approach to a low-profile pocket knife. It became very popular during the Wilhelmine period, and until today, it is often referred to as “Kaiser-Wilhelm-Messer”. In recent years, the current brand owner, Otter Messer in Solingen, Germany, has released several new variants of the knife, including a brass version in two sizes. The large model comes with a strong lock-back mechanism, the small one is a slipjoint. I chose the small version for this EDC kit because it is unobtrusive and easily slips into any pocket, which makes it a great everyday carry knife. 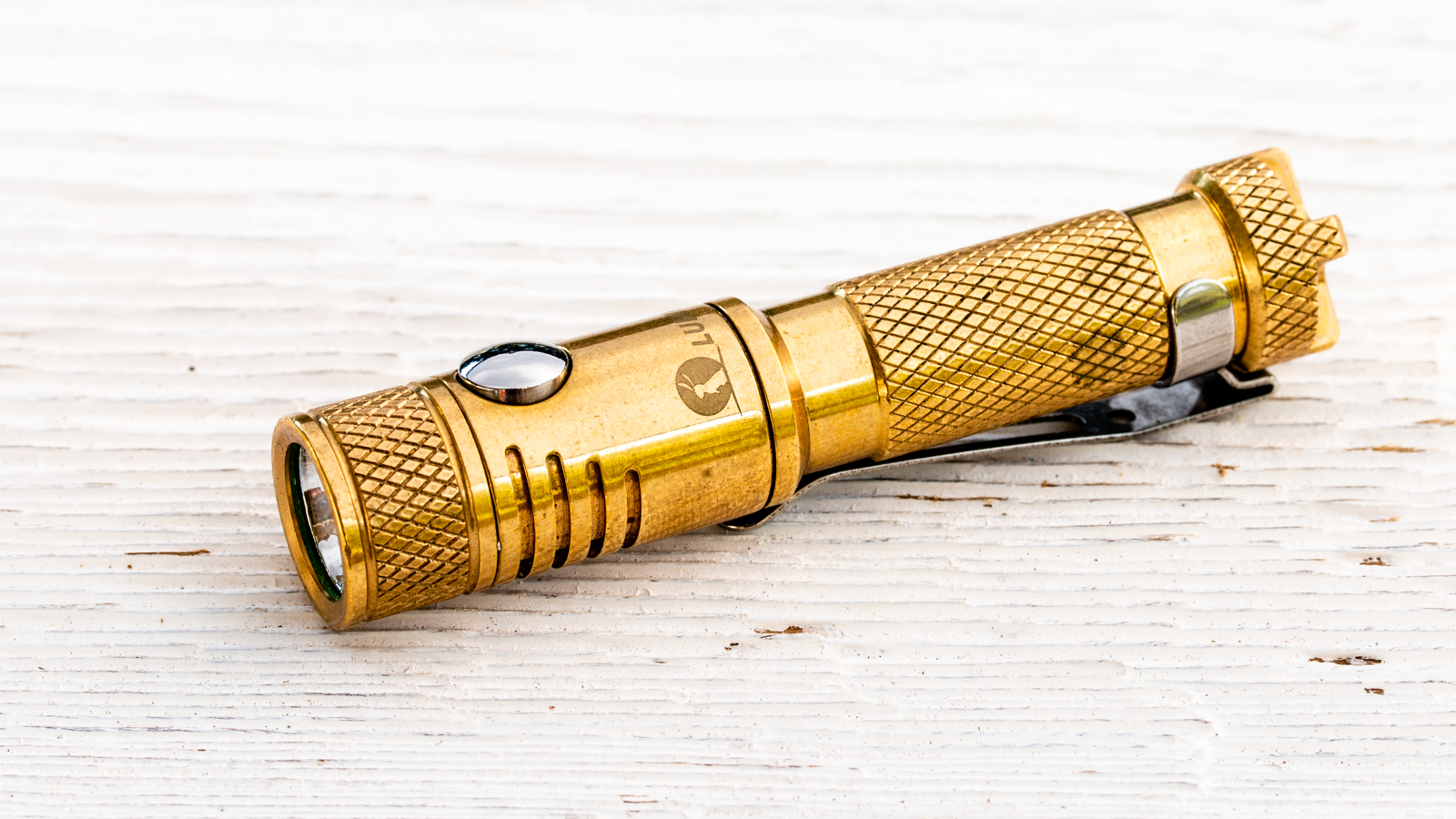 About the size of a lip balm tube, the Lumintop Ant is a single AAA flashlight that can be attached to a keychain or kept in your pocket for quick access. Featuring a maximum output of 120 lumens, the high mode is bright enough to illuminate a path for walking. The user interface is very simple and easy to remember. The well-machined and durable brass flashlight comes with a diamond knurling to help provide a secure grip even when wearing gloves. The stainless steel clip is strong and sturdy and not easily removed. 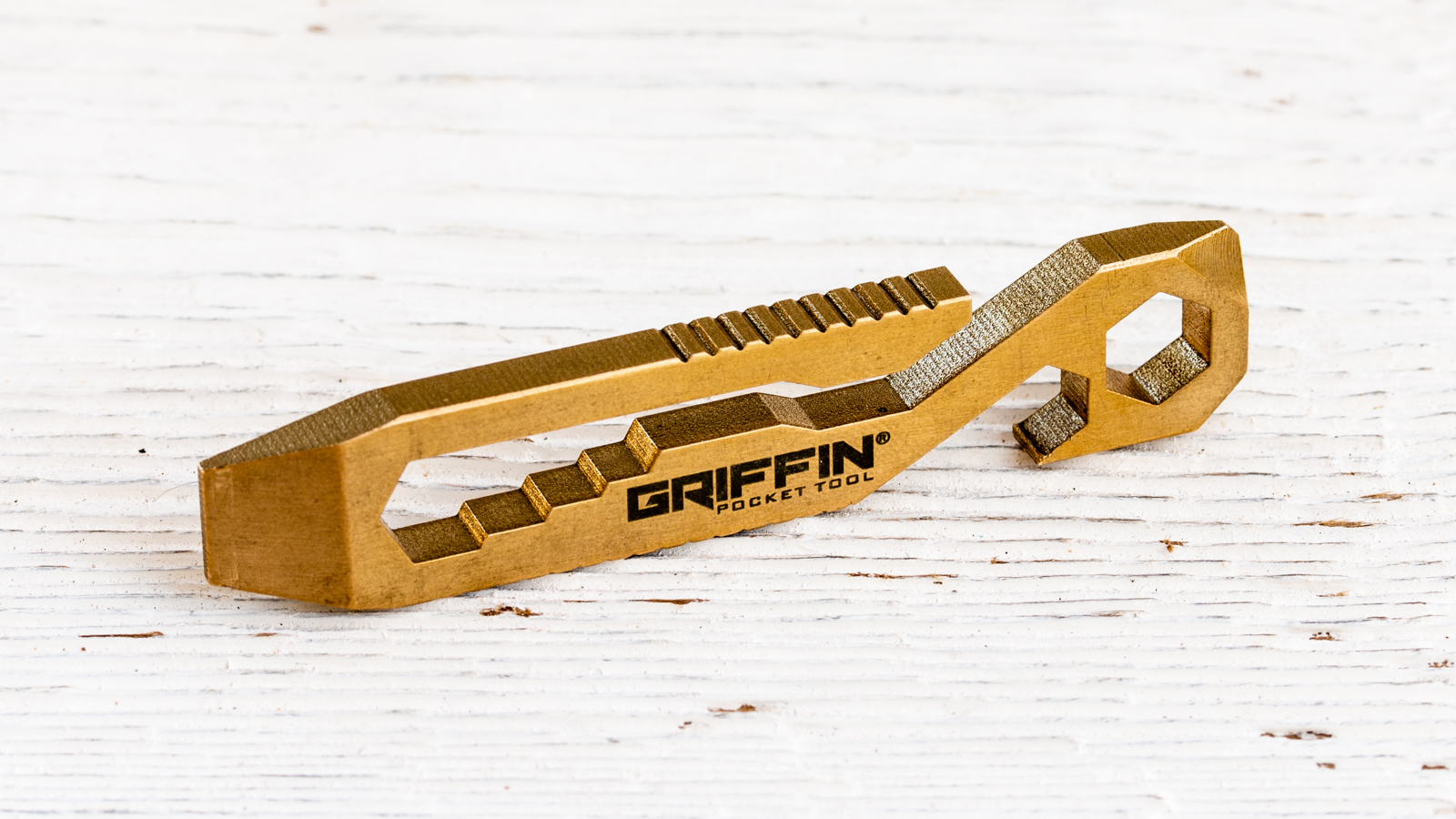 This last item is more of an added bonus rather than an absolute necessity. The popular Griffin pocket tool is a bottle opener, a flat head screwdriver, a scoring tool, a bit holder and a prying tool. Plus it comes with four metric hex wrenches scaled from 4 to 7 millimeters. Weighing in at only 24 grams, this compact multitool does not add much weight to your EDC gear. Even if you do not use it on a daily basis, it might come in handy on occasions.