For hundreds of years, Japan’s warrior class, the samurai, were the only people allowed to carry weapons like swords. However, in 1873, during the Meiji era, the samurai class was abolished. As a consequence, the production of swords declined, and many talented katana blacksmiths turned their trade towards knives that were not classified as weapons.

History has it that in 1896, Teji Murakami, a very noted blacksmith in the town of Miki, was approached by Tasaburo Shigematsu, a travelling hardware salesman. Shigematsu gave him a rustic folding knife that he had brought from Kyushu, Japan’s southern main island. The plan was to come up with a simple and affordable pocket knife that could be sold to the masses. The knife from Kyushu was a starting point but it had a serious shortcoming: it was missing a stop for the opened blade. Murakami solved this problem by adding a lever to the tang of the blade. The lever (“chikiri”) makes it easy to open the knife, and when open, the pressure of the thumb on the protruded tang prevents the blade from closing.

The handy little friction folder quickly gained popularity. Shortly after, in 1899, a new guild of knifemakers was established. Only members of the guild were allowed to manufacture this new type of pocket knife. In 1907, the name “Higonokami” was trademarked. “Higo no kami” means Lord of Higo, referring to both the region where the knife originated and an aristocratic title historically given to venerated samurai.

Although the Higonokami is sometimes called the little brother of the katana, it was never considered a weapon. It was an everyday tool and became an ubiquitous household item in Japan. Farmers, hunters, fishermen and craftsmen appreciated the versatility of the Higonokami, it was even used by school children for pencil sharpening. But in the early 1960s, the growing popularity of the knife came to a sudden end. On October 12, 1960, the then leader of Japan’s socialist party, Inejiro Asanuma, was assassinated by a 17-year-old during a televised political debate. The obviously mentally disturbed man rushed onstage and ran his samurai sword through Asanuma’s ribs, killing him. After this incident, in 1961, the right to carry knives was restricted and even the harmless Higonokami got banned.

Although production has decreased in recent decades, the Higonokami is still forged by a handful of blacksmiths today. Officially, the only remaining member of the Higonokami guild is allowed to sell the famous knife under the trademarked name: Motosuke Nagao, a descendant of blacksmiths in the Miki region.

The knife presented here is a medium-sized Higonokami by Motosuke Nagao with a 75 mm high carbon steel blade that is mounted on the inside of a folded sheet of brass. The blade is entirely covered by the handle when the knife is closed. The knife comes packaged in a blue, yellow and gold cardboard box. Please note that due to the nature of the production of this knife, the Higonokamis made by Motosuke Nagao are all slightly imperfect. In my case, the blade is not perfectly centered when closed. 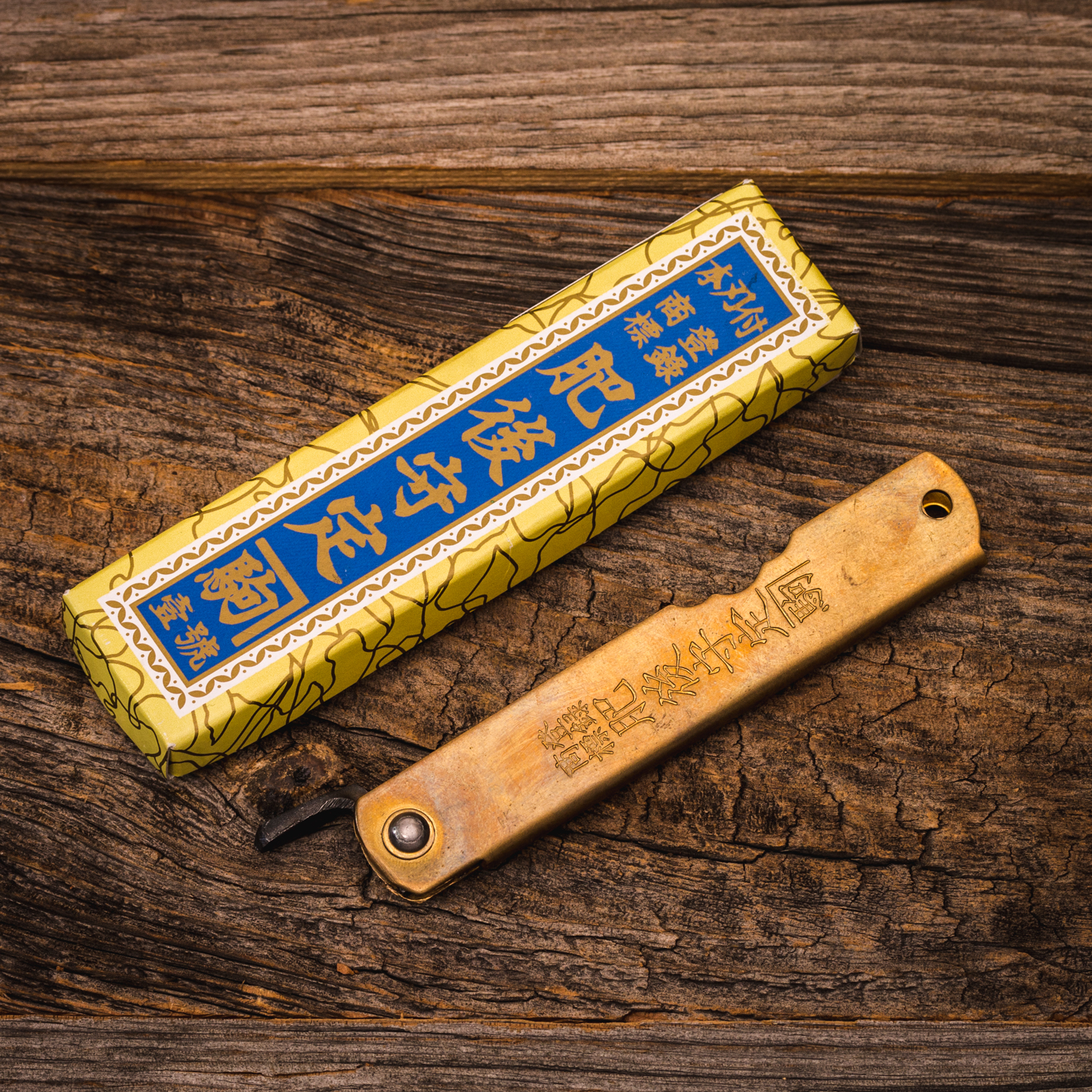 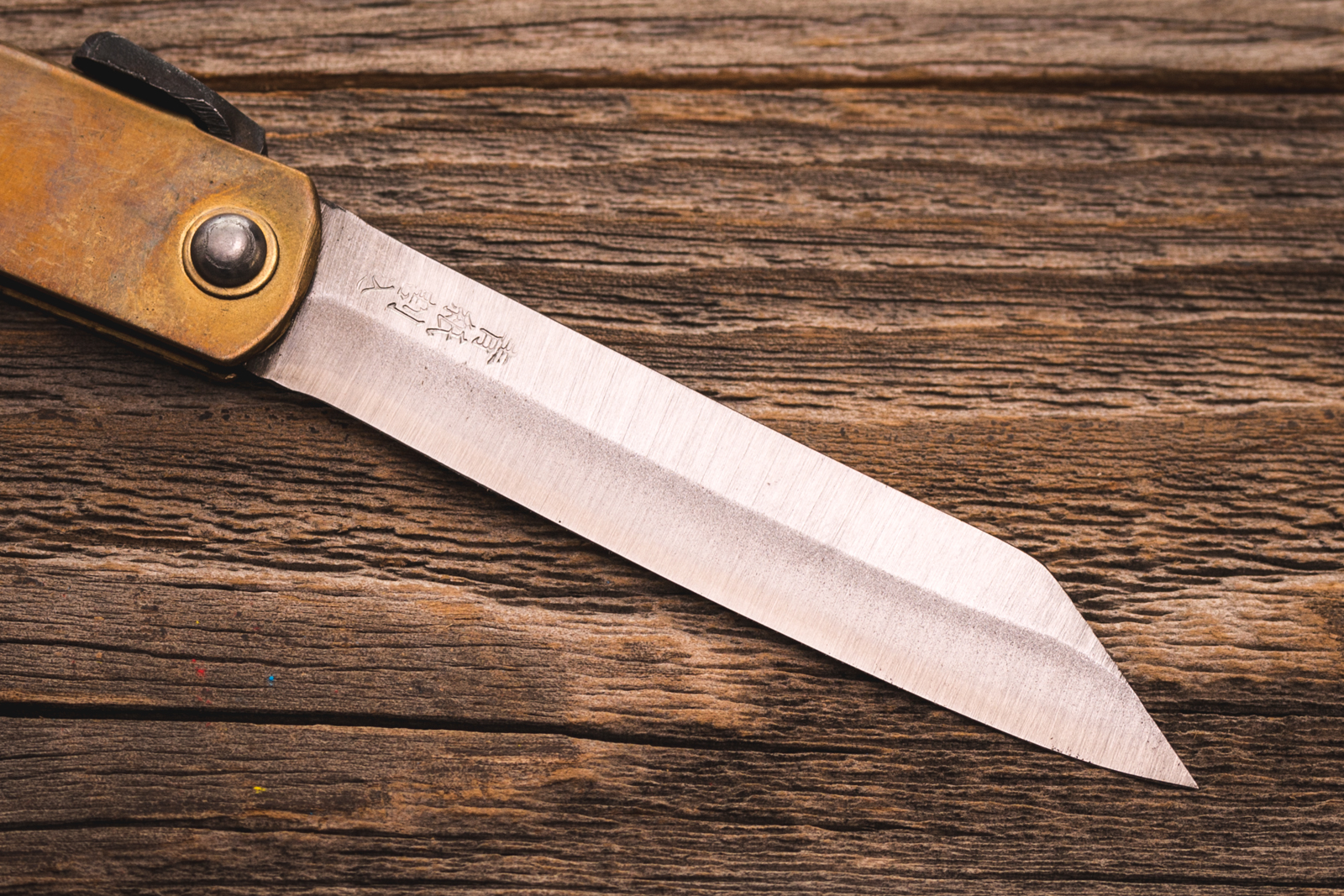 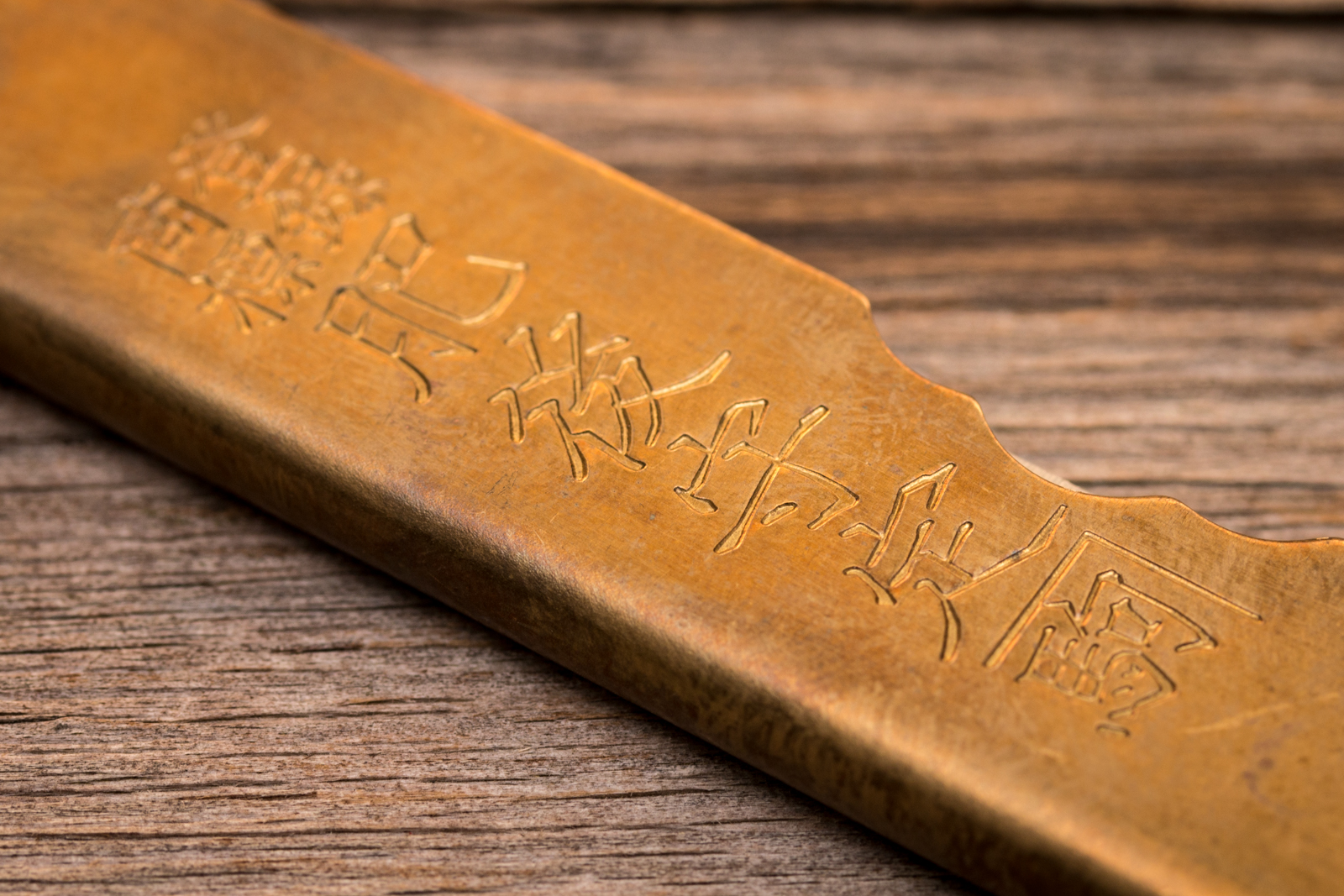 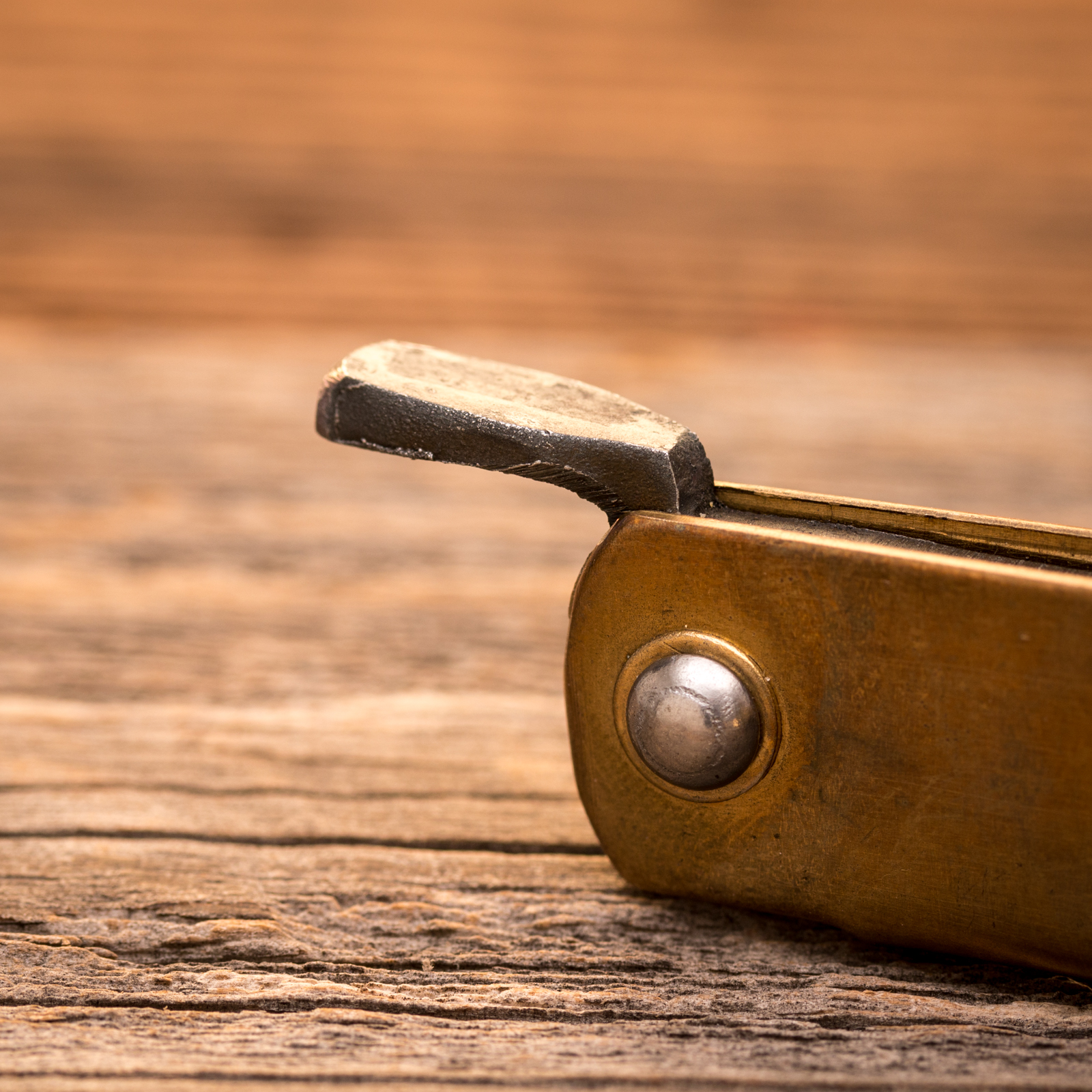 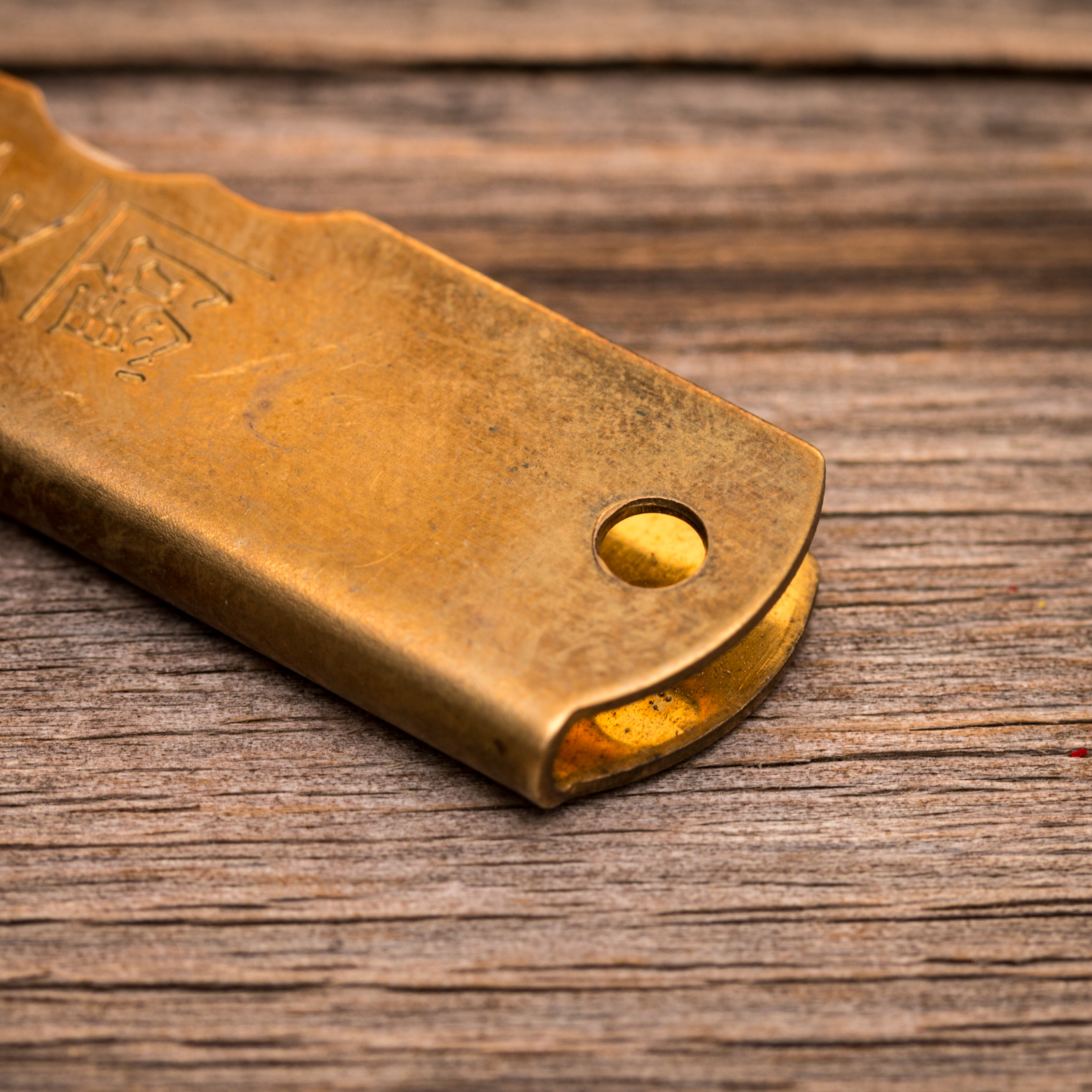 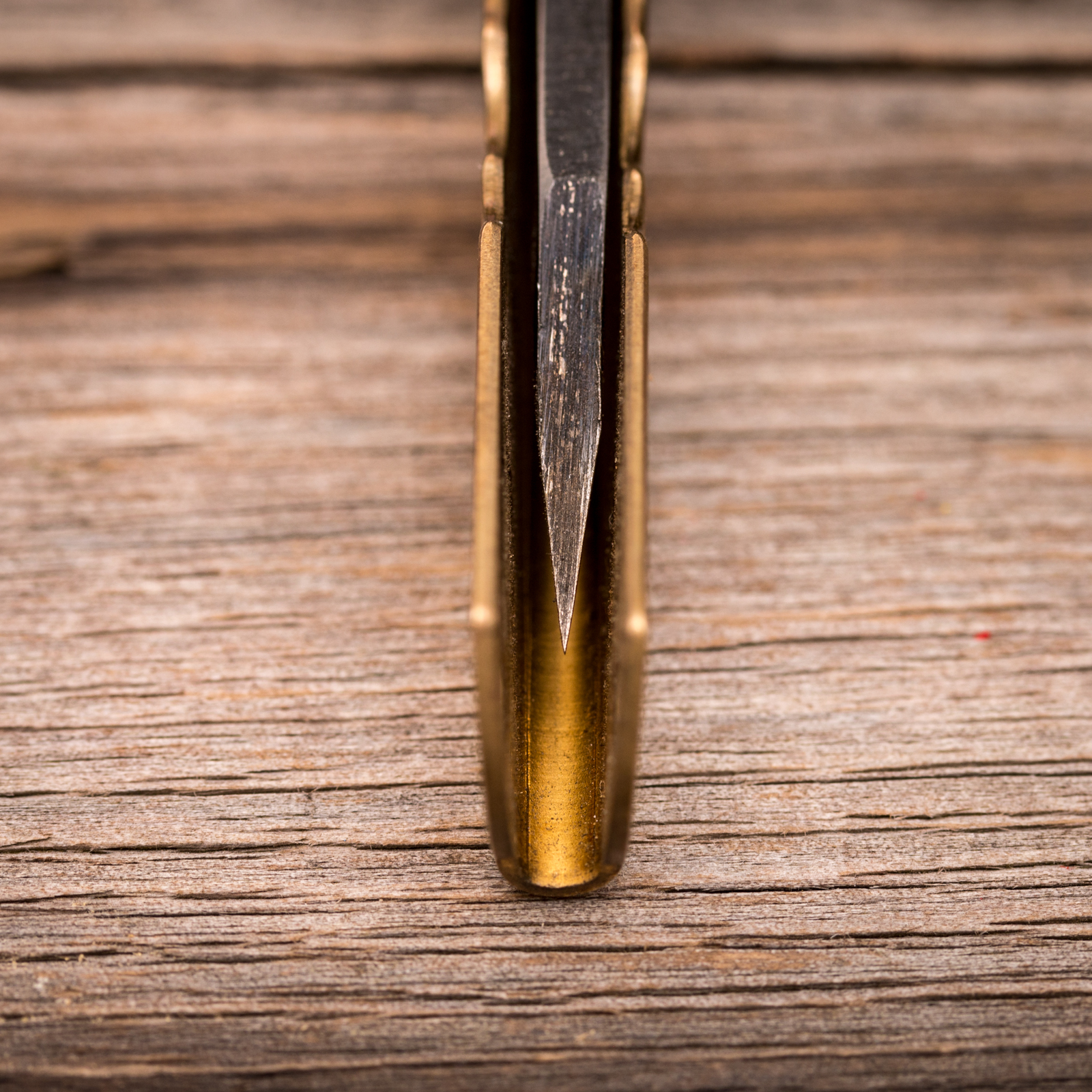 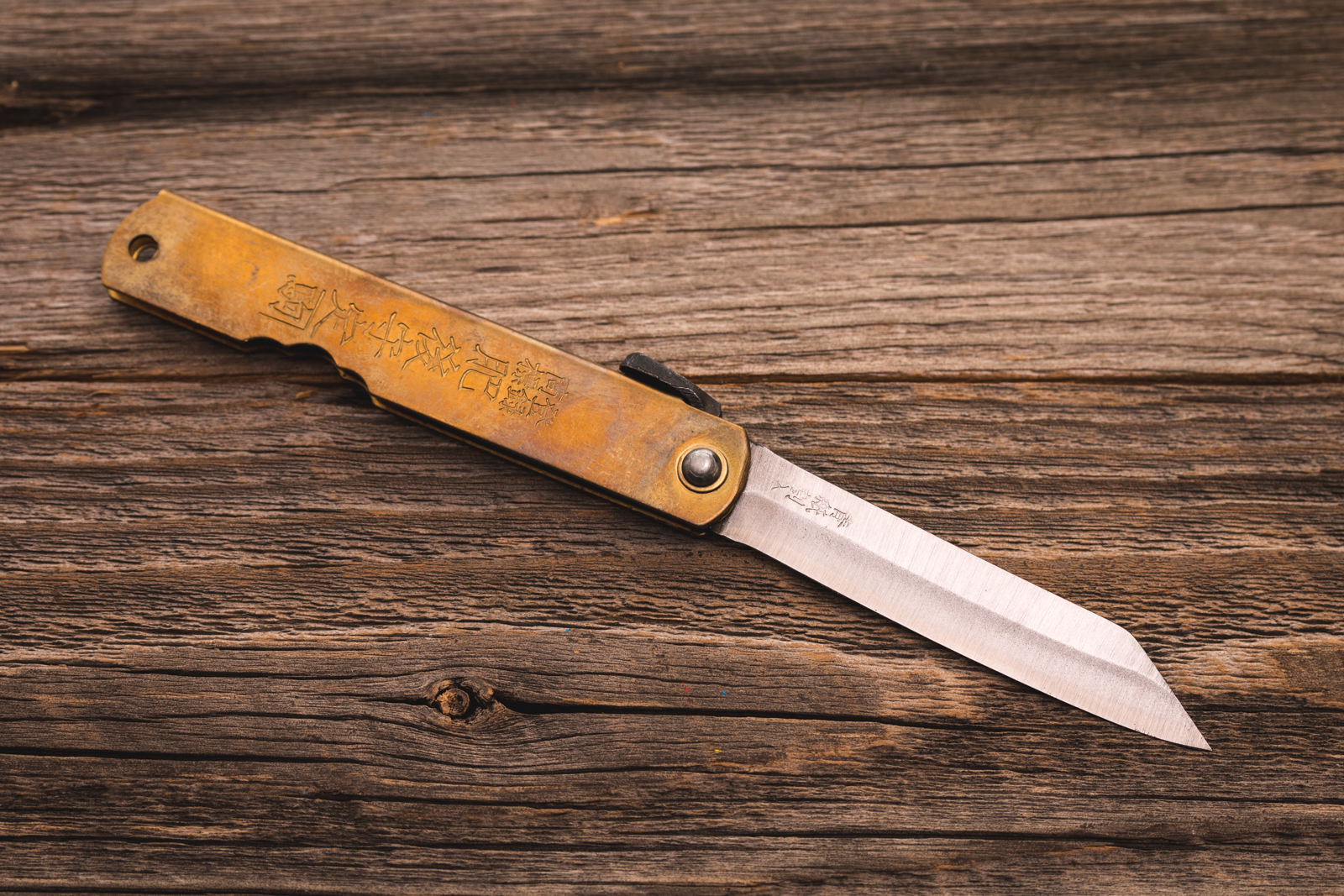