In October 1914, Princess Mary, George V’s 17-year-old daughter, launched an appeal to fund every member of the armed forces receiving a Christmas gift. Shortly before Christmas 1914, advertisements were placed in the British press seeking donations for the “Soldiers and Sailors Christmas fund”. The response was overwhelming, and the funding was used to manufacture small boxes made of silver for officers and brass for all others. The contents varied considerably but the standard box contained one ounce of tobacco and twenty cigarettes, a  Christmas card and envelope, a photograph of Princess Mary and a “bullet pencil” made from an empty cartridge case.

In the decades following World War I, the idea of the bullet pencil was exploited commercially on a large scale, especially in the United States. The Traveler’s Company brass pencil holder is a Japanese reinterpretation of this iconic writing instrument. It consists of two parts, the brass holder and the actual pencil. When not in use, the pencil fits inside the holder, making it much more compact. The pencil holder comes with an eraser at the top and a detachable pocket clip. There is an elegant simplicity about this pencil that is very appealing.

Traveler’s Company offers a refill pack that includes three pencils (HB) and two erasers. But you can also use any other pencil with a diameter of 7.5 mm. 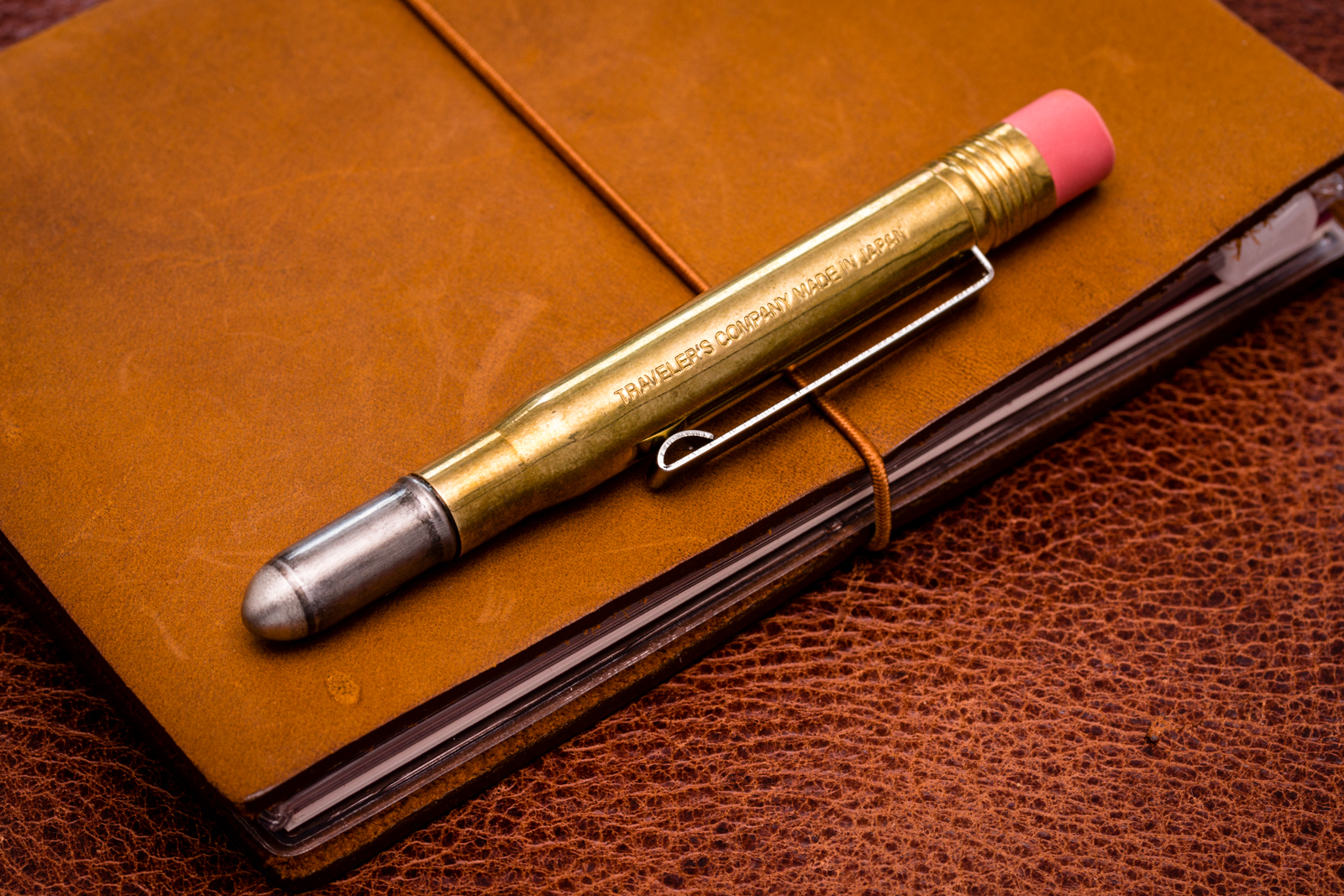 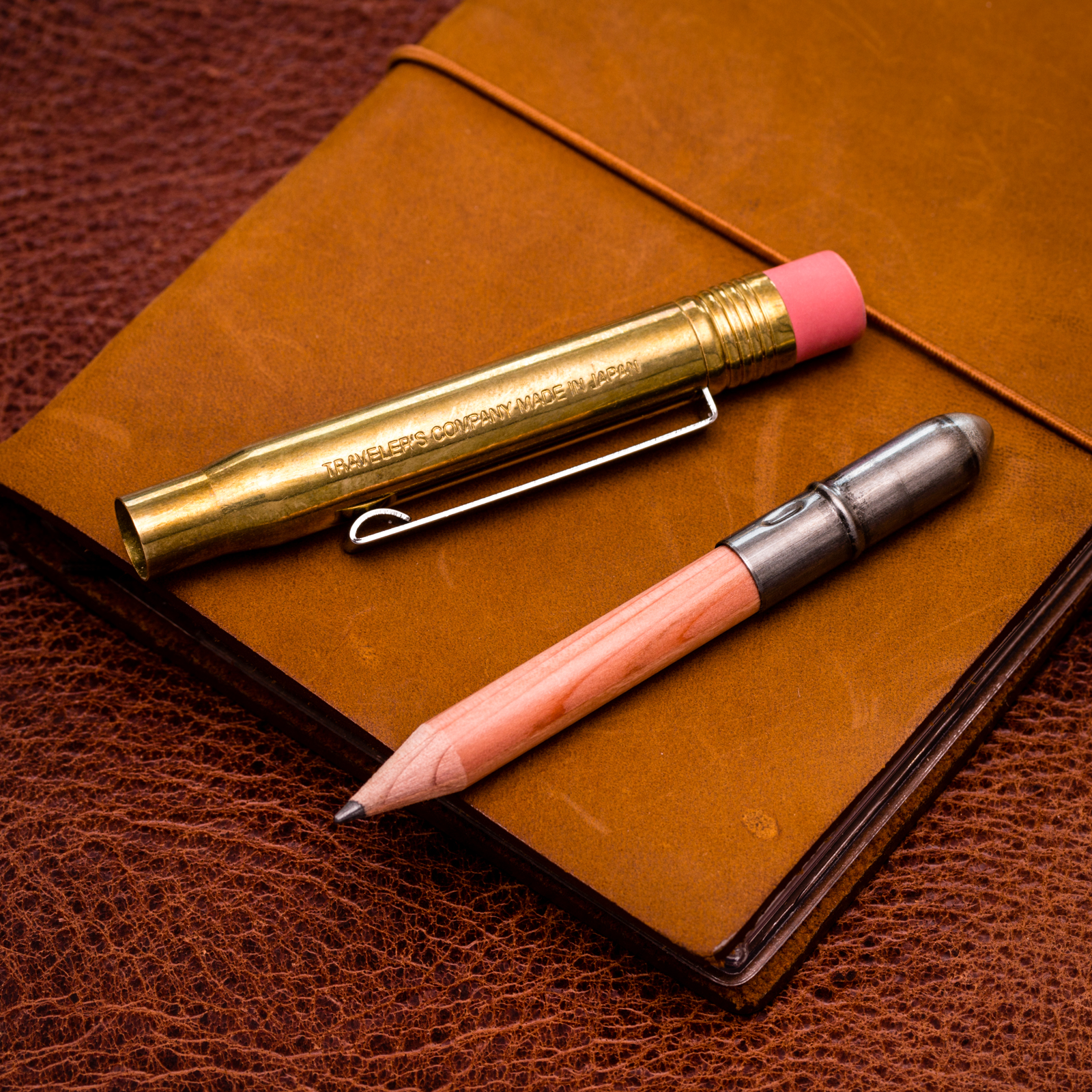 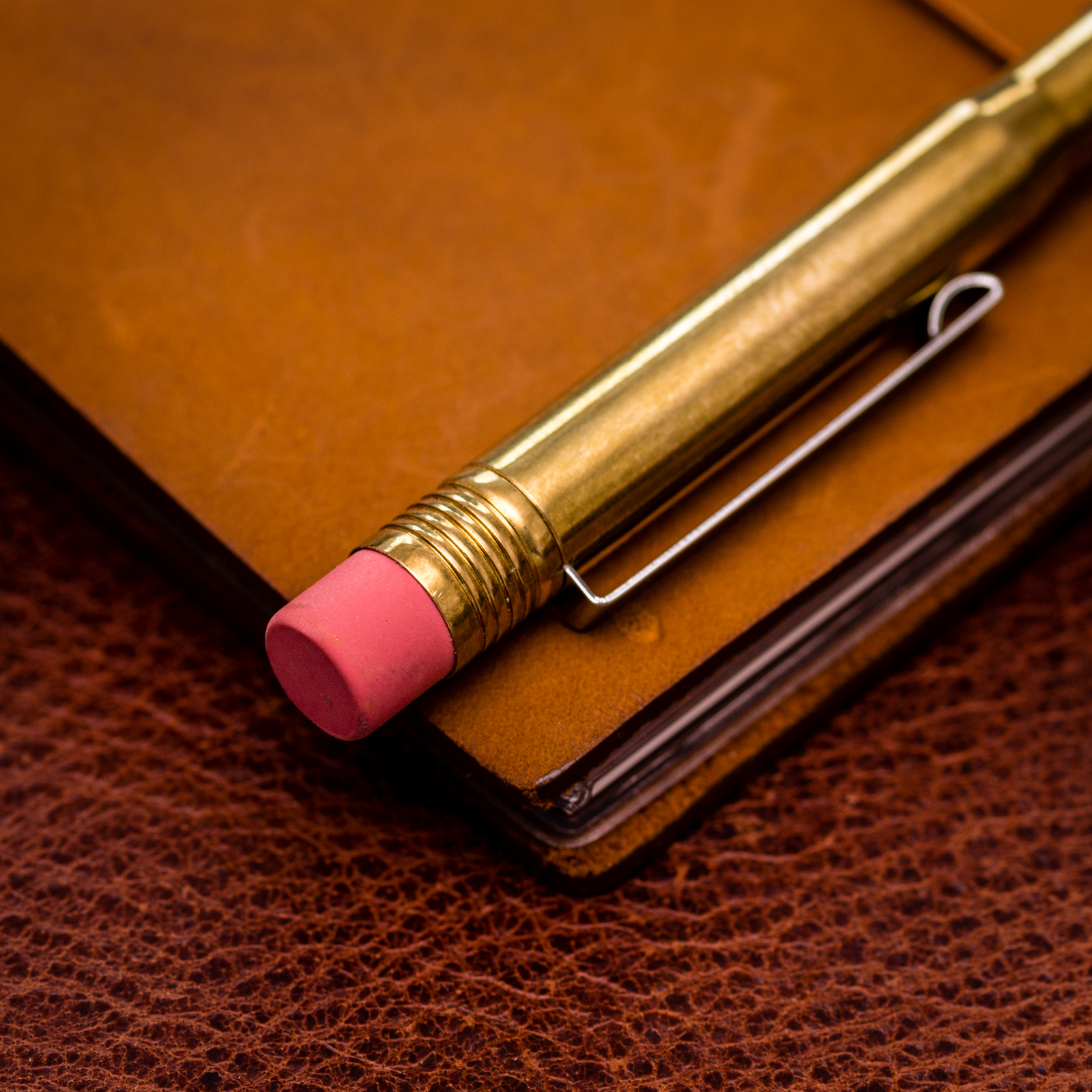 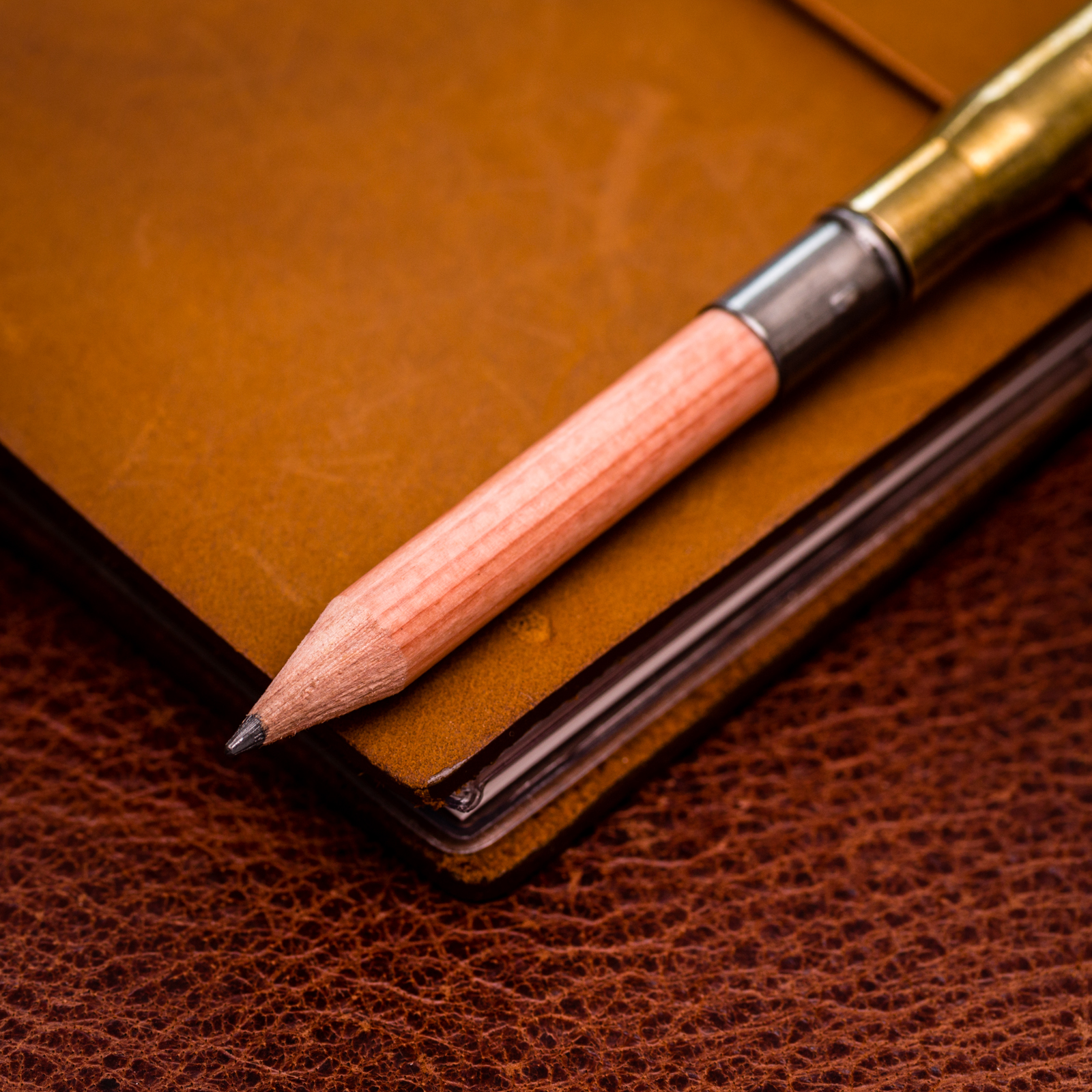 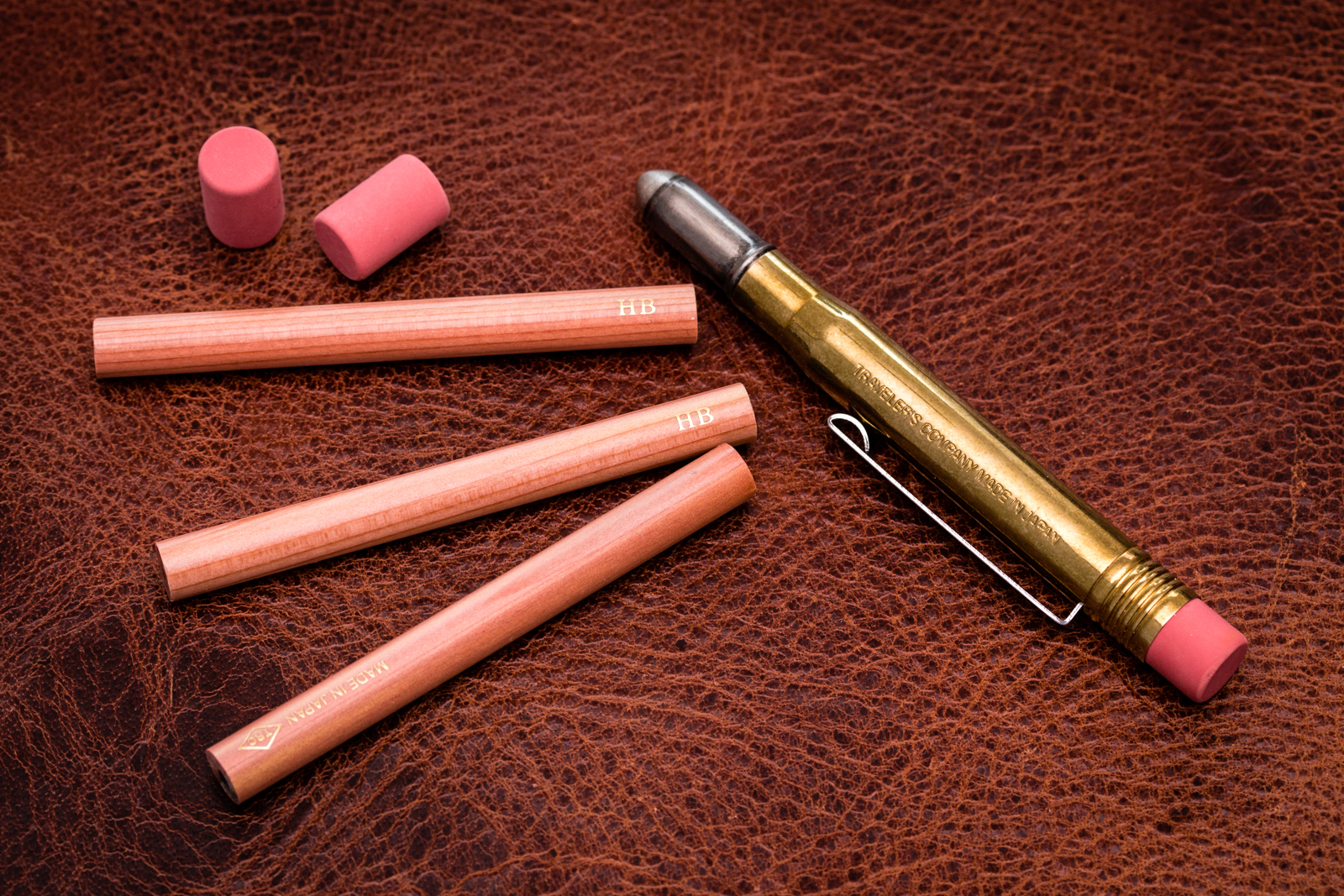