Dice have been used since before recorded history, and it is uncertain where they originated. The oldest known dice were excavated at an archeological site in Iran, estimated to be from between 2800-2500 BC. Dice were also very popular in Roman times. Dice games can be based on luck, or on skill and planning. They are not only simple, but actually a lot of fun, regardless of whether you are a child or an adult.

The American company Flytanium is mostly known for their custom handle scales for various knife models by Benchmade, CRKT, Kershaw and Spyderco. The products are designed in the US and manufactured in China. However, Flytanium’s set of two dice is not comparable to those cheap Chinese brass dice you can find on eBay. The Flytanium dice are larger and heavier. The edge length is 19 millimeters, and each dice weighs 53 grams. The edges are nicely chamfered. 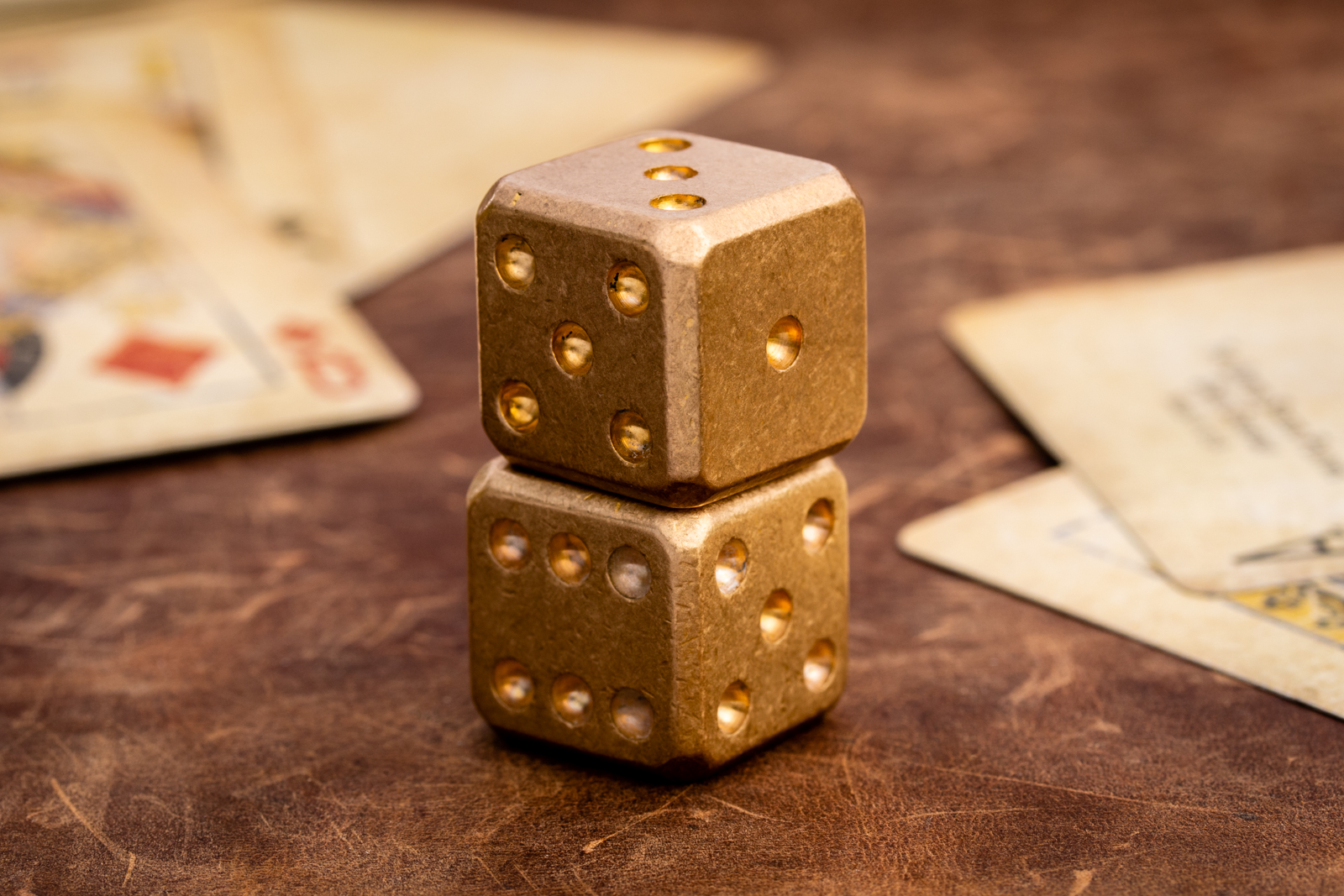 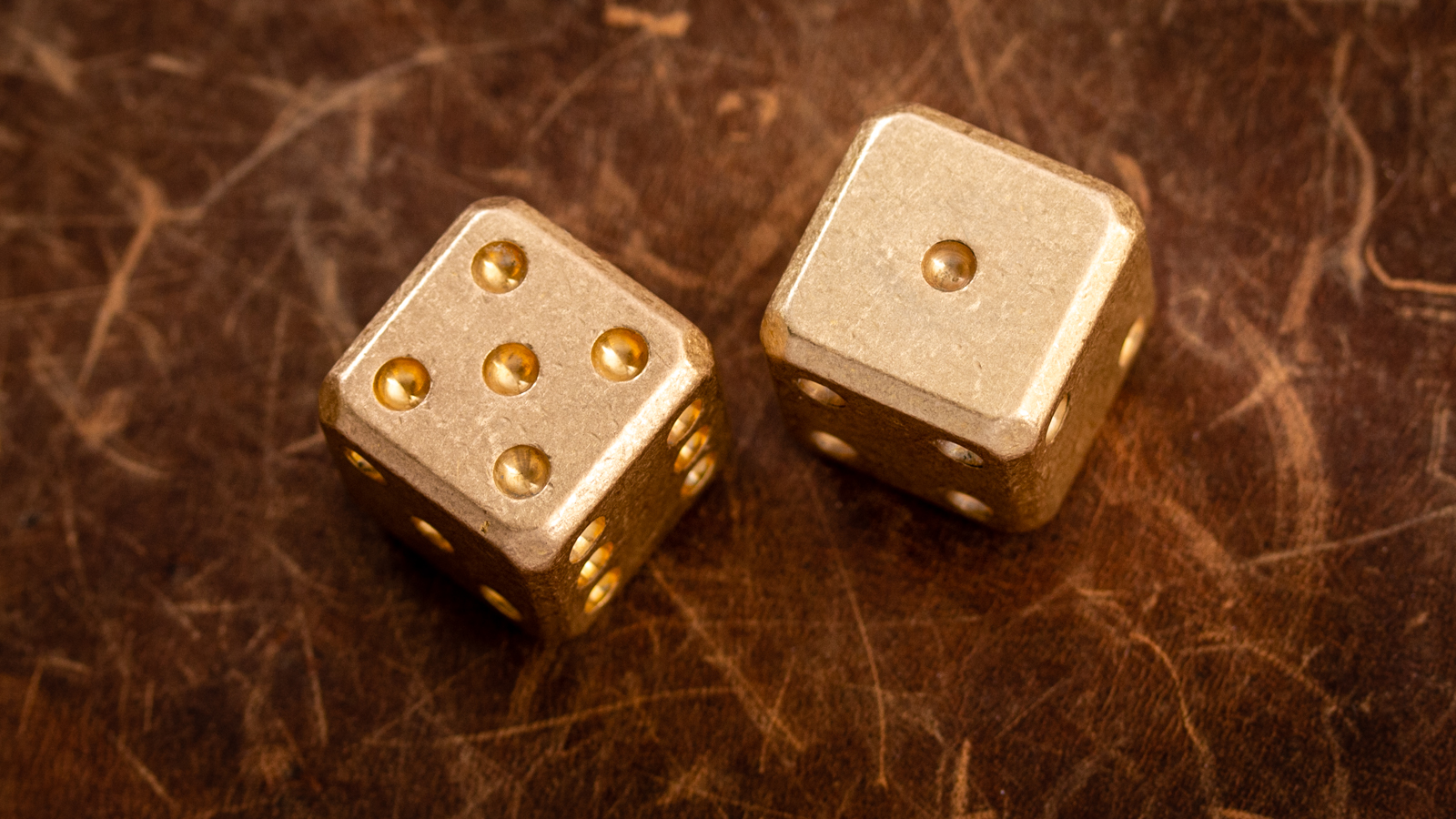 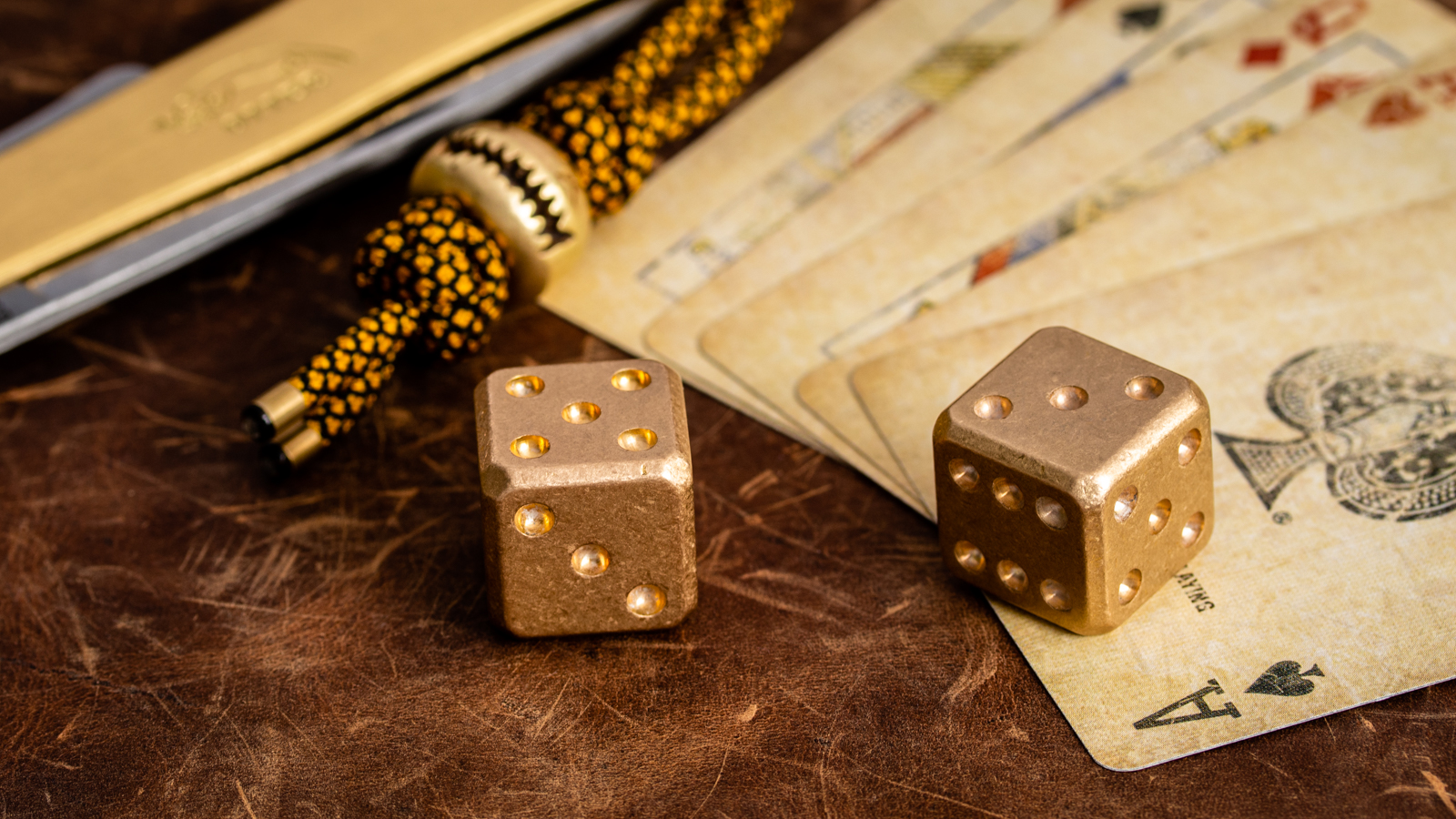 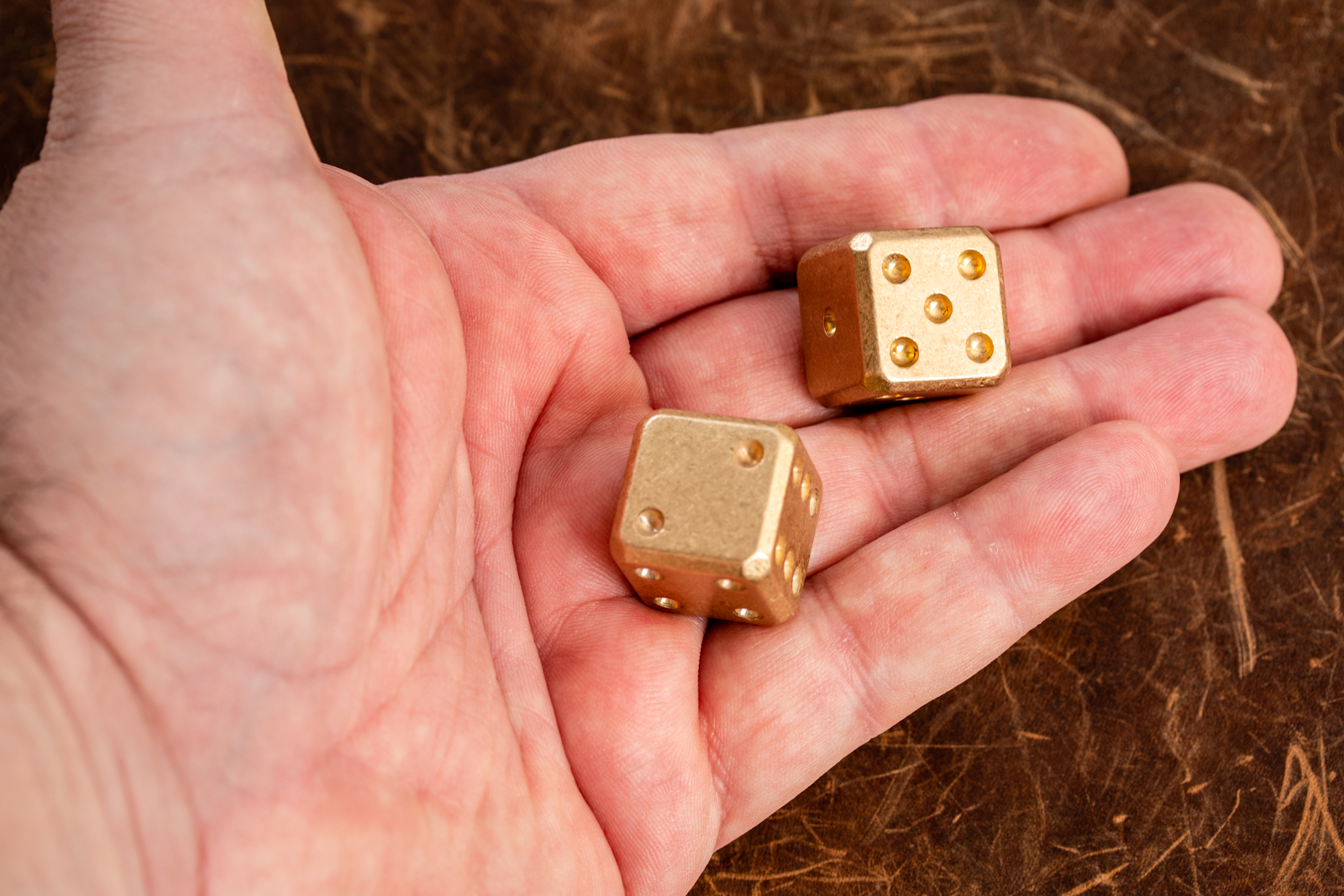 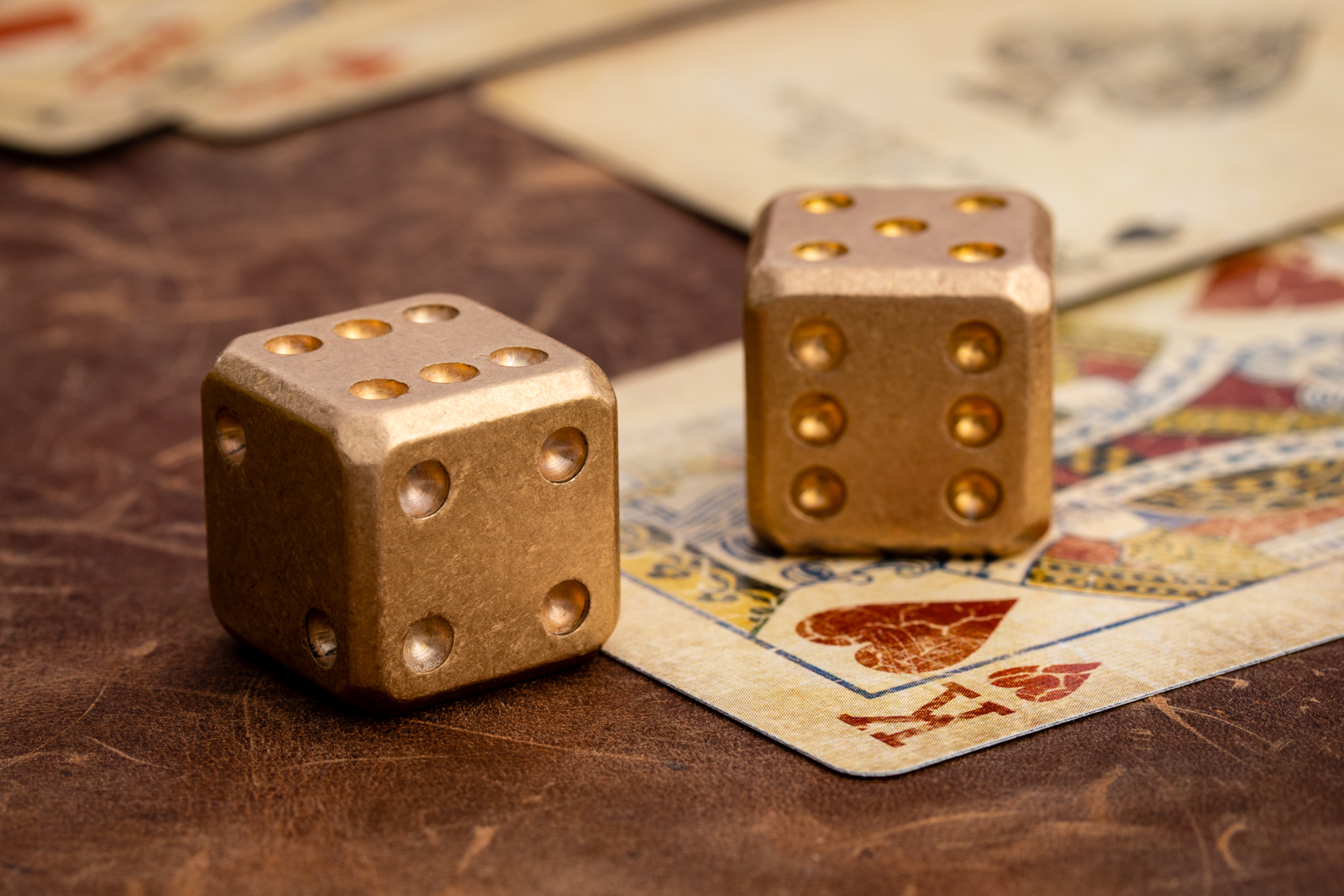